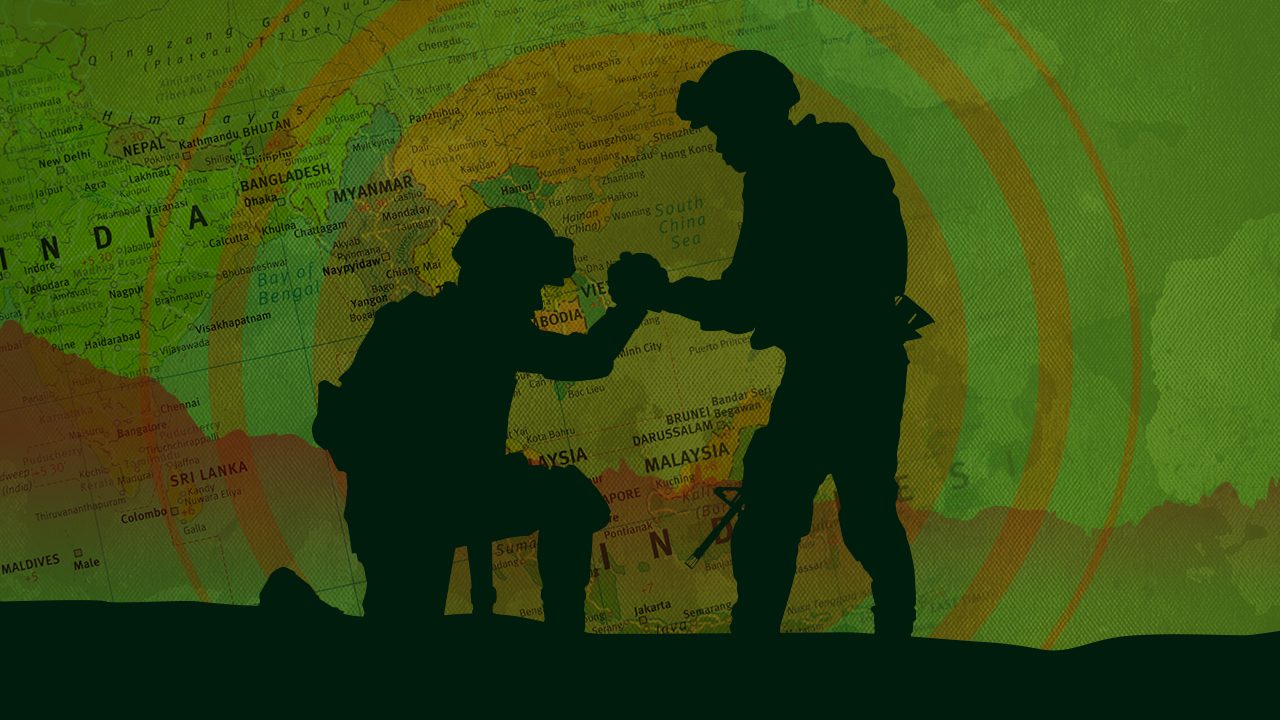 Just last week, French shipbuilder Naval Group announced plans to open an office in Manila early next year. This, while the Philippines struggles to cement its strategic position as a middle power in the region. The archipelagic Southeast Asian nation remains one of the weakest armed forces in Asia.

Last year, the Philippine Navy acquired 107-meter combat ships baptized as BRP Jose Rizal and BRP Antonio Luna – symbols for brain and brawn – apparently designed to be operated with anti-submarine helicopters capped with heavy missile and torpedo weaponry. Seen as the naval warfare service of the Armed Forces of the Philippines (AFP), the country’s navy currently possesses a strength of more than 24,000 active service personnel, including the 7,500-strong Marine Corps. The Philippines’ high seas now have surface-to-air missile patrol ships, far from the initial small fleet of 8 Spanish steam launches, which were captured by first Philippine president General Emilio Aguinaldo when he formed a naval force through the Biak-na-Bato Constitution.

The AFP modernization story manifests an increased territorial defense capability after a series of maritime insecurities, starting in 1995 when Chinese structures were built on Mischief Reef in the Spratlys, to the 2012 Scarborough Shoal standoff, down to last year’s Reed Bank ramming incident. Major maritime insults to the Philippines’ national sovereignty and territorial integrity led to the passage of the Revised AFP Modernization Act of 2012, which replaced the original 1995 version.

The modernization program is divided into 3 horizons: 2013-2017, 2018-2022, and 2023-2028. The AFP is now on its second round of upgrading its naval arsenal. While the Philippines substantially spends close to $4.3 billion in defense annually, amounting to 1.4% of the country’s gross domestic product, the country still has a lot of ground to cover.

The Philippines’ armed forces can become an instrument for crisis management, not least for its deterrent effect on the opposition. With the thinking that deterrence works – when the costs of armed aggression, in the mind of the potential aggressor, seem larger than the benefits of going to war– the Philippines can decide to keep the peace by averting war first, at the same time maintaining the sovereignty of the state in an efficient and credible manner.

In June 1947, France and the Philippines established diplomatic relations by signing the Treaty of Friendship, which also opened doors for economic and sociocultural exchanges. The current bilateral cooperation of the two countries seems minimal, but has potential for strategic convergence. There is a mutual interest to widen strategic, operational, and tactical assistance: from deploying French training teams to the Philippines, to combining maritime security operations, to acquiring ships, submarines, and weapon systems.

The two countries have a common strategic interest and share common values and priorities. Senior leader dialogues and leadership development education demonstrate goodwill; there is a pursuit of confidence-building measures by laying groundwork for future bilateral relations.

From a Philippine perspective, French foreign policy is not only driven by national interests, but is also heavily influenced by the principles of international relations. While France maintains a large diplomatic network around the world to lead multilateral initiatives, as a major European power, it also seeks to use its strategic standing and operational expertise to contribute towards reducing global tensions, maintaining a vital economic link with the Indo-Pacific region where the Philippines has a pivotal role to play.

The Philippines’ proactive stance in the Association of Southeast Asian Nations may bring on stronger, future-proof bilateral relations. The two nations can work together to modernize the Philippines’ armed forces through the Defense Cooperation Agreement. France has capabilities for surface, undersea, mine, and electronic naval warfare, including peacekeeping operations, human assistance, and disaster response, and Southeast Asia is a major consumer market for French defense equipment.

As a major ally of the United States, France can also reap benefits from the Philippines-United States alliance. This can be done through the Visiting Forces Agreement’s aim to support territorial defense operations, counter-terrorism efforts, and disaster response. Indo-Pacific defense partners have contributed to France becoming one of the largest exporters of arms globally. France shows that it can credibly actualize the US’ Indo-Pacific strategy, thanks to its capability to regularly deploy assets across the world – even given high tensions in the South China Sea between the US and China.

Understandably, France seeks to strengthen partnerships with like-minded nations to counter China’s violation of rules-based international order. France has taken an unusually firm stand against China’s resurging influence in the contested South China Sea, in which case the Philippines can become its strong strategic partner. – Rappler.com