Facebook Twitter Copy URL
Copied
'Of all volunteer groups and organizations in the country, the PRC is indeed in a privileged position'

Embroiled in the current verbal tussle between the Office of the President and the Senate Blue Ribbon committee is the Philippine Red Cross (PRC). The President may have a good point in checking out PRC. This, given the amount of donations PRC receives from the general public, and the extent of the grants and privileges extended to it by the Philippine government.

Of all volunteer groups and organizations in the country, the PRC is indeed in a privileged position. RA 10072 exempts the group from “all direct and indirect taxes, including VAT, fees, and other charges of all kinds on all income from its operations, including the use, lease, or sale of its real property, and provision of services.”

The PRC is also exempt from direct and indirect taxes on its importations, and exempt from payment of real property tax. All donations are further exempt from donor’s tax. The group is further allotted at least one lottery draw by the Philippine Charity Sweepstakes Office (PCSO). PRC indeed receives the crème de la crème of privileges. Parenthetically, the Senate bill was authored by Senator Richard Gordon, who is also the PRC chairman.

What is interesting however is that RA 10072 has repealed the law that created the PRC. It may be recalled that in 1947, Congress enacted RA 95 to formally create the Philippine National Red Cross (now renamed PRC) as a body corporate and politic, and to replace the then Philippine chapter of the American National Red Cross. This, after the country became an independent nation, and adhered to the Geneva Conventions. Absent any franchise emanating from any law, PRC is thus reduced to an unincorporated association or an aggrupation of individuals without a separate juridical personality. For a group of individuals to then receive the best of benefits from the government is something that needs to be scrutinized. This may be violative of the equal protection clause in the Constitution. Congress has singled out PRC in the grant of rights and privileges to the exclusion of all other volunteer groups with similar aims and purposes as that of PRC.

PRC cannot also be taken to be a sui generis entity on the strength of the Supreme Court ruling in Liban v Gordon. First, because PRC is not a body corporate or politic, but a mere group of its individual members. And second and importantly, because the Supreme Court’s categorization of the then PNRC (now renamed to PRC) as sui generis was hinged on the repealed law RA 95. The ruling in Liban therefore loses its basis, or the reason for the decision. At best, the sui generis characterization in Liban is an obiter dictum.

Equal protection requires that all persons or things similarly situated should be treated alike, both as to rights conferred and responsibilities imposed. The equal protection clause permits classification, subject to such classification hurdling the test of reasonableness. A perusal of RA 10072 reveals that the law does not pass such a test. As abovementioned, the law singles out PRC in the grant of rights and privileges, including tax exemptions and proceeds of lottery from the PCSO.

Following case law, the aggrupation of individuals composing PRC is not a class of its own. It is just a member of a class — a class of other associations, organizations, or societies that render voluntary service to the country. For RA 10072 to not include the other associations, organizations, or societies within the ambit of the grants and privileges extended to PRC is an arbitrariness that violates the equal protection clause.

RA 10072 further forecloses the application of the law to future developments, such as the formation of other associations, organizations, or societies with similar aims and purposes as that of PRC. It further forecloses the right of our Muslim brothers to organize a voluntary society and be recognised to use the Red Crescent sign. 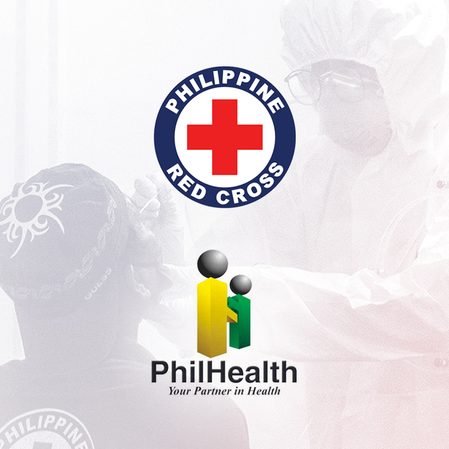 RA 10072 may then be challenged as unconstitutional insofar as it is violative of the equal protection clause of the Constitution. This would have been the reason why the repealed RA 95 created PRC as a governmental instrumentality to avoid a transgression of the equal protection clause. In fact, to create PRC in a special charter and consider it as a governmental instrumentality is consistent with the categorization by US courts of its precursor, the American Red Cross.

Given that PRC is not a body corporate, the individuals composing the society, especially Senator Gordon, are directly or at least indirectly benefiting from the grants and privileges granted by the government. Relevantly, Section 14, Article VI of the Constitution prohibits legislators from being directly or indirectly interested financially in any government contract or special privilege granted by the Government. With PRC not being a body corporate on the repeal of RA 95, Senator Gordon, as one of the individuals composing the society, is now directly obtaining the benefit of, among others, the entry into government agreements, the grant of tax exemptions, the ownership of properties whether donated or not, the receipt of the proceeds of the PCSO draw, etc. This is a clear violation of the Constitution.

We then reach an absurd situation in which Senator Gordon, who authored RA 10072, benefits directly or indirectly from his own legislation — the very evil sought to be prevented by the constitutional provision. – Rappler.com

Pelagio Palma Jr. is a lawyer in the Philippines and in Australia. He has clerked for two justices of the Supreme Court, and is now in the private sector and in the academe.