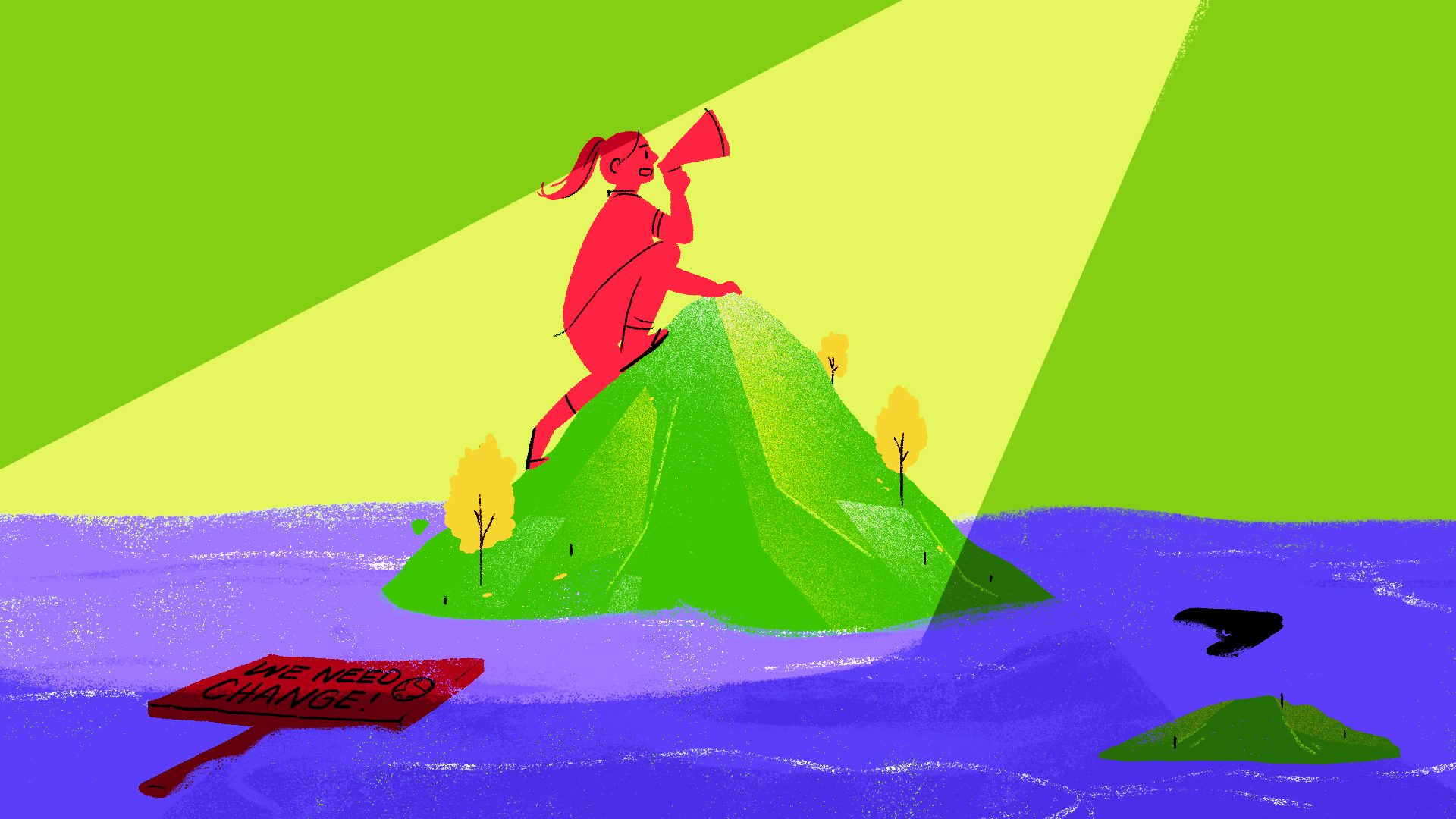 Facebook Twitter Copy URL
Copied
'An often-overlooked part of civil society work is serving as a bridge between the government and citizens, a key ingredient for advancing the green agenda'

Philippine civil society, especially activists, has never been more vulnerable since the days of Martial Law. As another Marcos is about to sit in Malacañang thanks largely to the fabricated legacy of days gone by, it is fair to question whether current circumstances could further worsen.

In my years as a climate and environment advocate, I have heard all sorts of criticisms aimed towards our sector. Red-tagging has never been more popular in Filipino consciousness since the days of Meteor Garden, albeit in a completely different context. Some of my colleagues have experienced harassment by military personnel for no good reason. Even I have received death threats in the past simply because I was immune to the curse of historical revisionism and blind loyalty.

Recent years have developed a public perception of activists as a mere nuisance, being critical for the sake of being critical, or even potential threats to peace and order. It is an indicator of the growing divide in a nation that desperately needs unity, and not the kind that was marketed during the recently concluded elections.

In this uncertain time in our history, the role of activism has never been more vital, especially when it comes to climate and environmental action. Why is civil society important?

Activists fall under the sector of “civil society,” organizations not associated with the government, such as advocacy groups, churches, indigenous peoples, people’s organizations, professional associations, foundations, and academic institutions. Many of these groups either represent or directly engage with communities most vulnerable to climate change and environmental impacts.

Civil society plays an important role in national and local sustainable development. Its most known role, as the “watchdogs” that monitor and hold the government and businesses accountable for their policies and actions, is usually where the stigma associated with the sector is rooted. Yet this role is similar to the “checks-and-balances” system within the three branches of government.

Yet civil society organizations (CSOs) do so much more than just this or protesting on the streets. They can offer assistance and support to the government in its implementation of existing policies and programs, even present alternative policies when necessary. An example of this is during the implementation of climate field schools and other projects under the People’s Survival Fund, which is dedicated for adaptation projects for vulnerable sectors such as agricultural workers.

CSOs have also been among the first to respond to the needs of victims of climate-related disasters. Whenever a strong typhoon such as Yolanda or Odette strikes, these groups organize initiatives to bring immediate relief and other humanitarian assistance to affected communities, in collaboration with local governments, international agencies, and businesses.

This sector is also crucial for defending human rights and advocating for changing existing norms and behaviors. This is most evident in 2015, when a network of activists petitioned to the Commission on Human Rights to conduct an investigation on the liability of corporations for causing the climate crisis. This culminated in the release of the agency’s findings in May, where it reported that fossil fuel companies can be sued for human rights violations in terms of their pollution harming communities.

An often-overlooked part of civil society work is serving as a bridge between the government and citizens, a key ingredient for advancing the green agenda. This is to ensure that the needs and concerns of the most vulnerable sectors would be listened to and meaningfully integrated in decision-making processes that affect their present and future. It is in this regard that the recently launched series of monthly meetings by the Climate Change Commission with CSOs should be commended as a way to narrow the informational gap and strengthen partnerships among these sectors. Much like the green agenda itself, civil society actions are not frequently publicized in mainstream media platforms, given the preference for sensationalized approaches that appeal to more readers. While widespread recognition is never the main intent of such actions, it is a factor for the relatively negative public perception for this sector, especially on activists.

Yet this should never discourage us from staying true to our advocacies and responsibilities. I remember a colleague who often said that we should not spend too much time blaming the government for its shortcomings and instead focus on implementing effective solutions. While the direct message should not be undervalued by any means, this mentality could undermine the importance of accountability and transparency in decision-making. Ignoring these aspects is part of the reason our country is in such a poor state in the first place.

In recent years, it almost seems like a few government officials have made it the burden of either individual activists or CSOs to fulfill the obligations that are actually tasked to them, overshadowing the good work done by other government agencies.

As much as civil society is willing to provide support, it is still the government’s mandate to produce clear decarbonization pathways, just transition plans for jeepney drivers and the energy sector, and other information needed for implementing effective green solutions in a timely manner.

Addressing the green agenda requires all sectors to work together. The incoming administration, specifically those at the very top, has a lot to prove in terms of avoiding mistakes of the past at so many levels, especially in green governance. However, early developments clearly show that the Marcos camp that publicly calls for unity has instead resorted to familiar names for Cabinet positions and is not as welcoming to those with insights different from the narrative it wants to portray.

This does not change that fact that climate and environment action requires the meaningful inclusion of civil society in decision-making, without having to suffer from any unwarranted limitations of our rights and freedoms. The spirit of activism must not be tarnished through a false narrative, as it is not just a matter of upholding our democracy; it involves our collective road to the right kind of development.

Why else would we advocate for true change if enough is actually being done? – Rappler.com