People like to think that they would side with Amber Heard and not Johnny Depp in real life.

My friends frequently posted and shared about the myths of a “perfect victim” and “mutual abuse.” Rightly so, of course.

The biting irony is that none of them would have ever considered me a victim, perfect or otherwise.

The one person who did was my Depp. If there was ever a perfect victim, he was the counterpart: a perfect perpetrator. Although we were in the same friendship circles, he was more outgoing and popular. Could he help it that he was more likable? No, and I never faulted him for that.

What I did hate him for was having the audacity to share the exact same pro-Amber Heard posts.

Coming from the man who harassed, raped, verbally abused, gaslighted, and manipulated me during the course of our on-and-off relationship?

Then again, he was always good at distancing himself from his wrongdoings. He would misdirect me to any number of excuses he had for being a jerk — his circumstances, bad influences, or just that I deserved it.

Of course, I was gullible enough to fall for it, too. Over and over for years.

He blamed others but never himself. So that’s the way I always saw it.

When he treated me poorly, I accepted it as part of his personal hardships. And whenever he abandoned me, I assumed it was because of his friends again.

That one time I was wasted and he brought me to our friend’s closet to try me. That one time he fondled me while I was asleep then told me about it the next morning. That one time I said I didn’t want to have sex, but he told me that my body said otherwise.

He always convinced me that I saw things the wrong way. That I was making grand accusations against my great love. That I should be ashamed for even seeing him in that light.

Furthermore, he deprived me of basic love and security in a romantic relationship by often threatening to end things.

As a result, I became blindingly obedient. He got me to do his class work and extracurricular work, only for him to take all the credit.

He was a good leader and a people person, but certainly no writer. Though he did land and maintain writing-related positions with my help.

I wrote and edited all sorts of outputs for him: assignments, statements, articles, multimedia, and even social media captions.

In his defense, it wasn’t exactly against my will. I considered it a love language, an act of service — though what it really was is an act of dishonesty. To the profession, to our colleagues, and most importantly, to the audience.

I knew it was wrong, but I didn’t care. He had already trained me with his carrot-and-stick method. The carrot being basic affection, and the stick being “tough love.”

He went a step further. Even my achievements couldn’t be mine. He would admit to me that he felt jealous so as to make my moments his.

Naturally, I learned not to tell anyone about what was happening. Never mind that it was personally incriminating on my end, but his welfare was my top priority.

I would have close friends and acquaintances witness me crying in random places, but I couldn’t say why exactly.

My loyalty eventually waned. I fought back. I said mean things with the goal of tearing his fragile ego. I returned his curse words. I cheated.

Obviously, none of this helped my cause. There were devastating consequences: I traumatized him, I lost many friends, and I lost any hope of having that “perfect victim” card if I ever needed it.

How to recognize abusive relationships 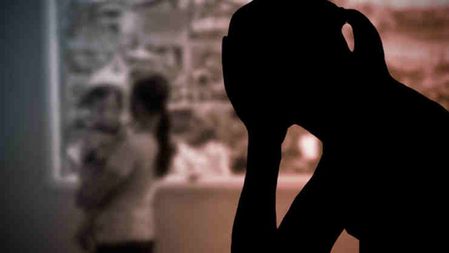 Somehow, we ended up rekindling things as friends. I continued helping him until his graduation, then our interactions became less frequent from there.

We occasionally met with our common friends and shared an online chat every now and then. Though everything was ultimately complicated, it didn’t matter since we were in all the same circles.

It was only when our friendship officially ended recently that I lost any and all amour I ever had for him.

People would be surprised how much forgetting and forgiving can be undone in an instant. The lack of any apology only made it easier.

I wanted to make him accountable. If I could, I would.

By now, it’s truly too late to sue him even if I could afford to do it: I had no evidence. I never told anyone. I didn’t keep receipts.

It’s basically his word against mine in the court of law.

In social media, where he blocked me, I don’t even believe in “cancel culture.” Where would that get me and him, anyway?

So to find true closure, I decided not to get even. Not directly, at least.

I merely chose to tell my narrative. My side of the story that I never told anyone out of fear of damaging his reputation.

Without any more connection between him and I, there’s really no reason to hold back.

He never did. Not when he did a demolition job of me during the early stages of our relationship, then took accountability for it privately with me — instead of all the people he talked ill of me to.

I could care less at this point. After all, being the “better person” never gave me the moral ascendancy. It only allowed him to continue the abuse but still somehow make me look like the bad guy.

To my ex, shout out to you.

To readers going through a similar issue, let’s cut the pious act. Just leave and hold them accountable – if you can.

The best way to fight back is to reclaim the narrative they denied from you. It is not your experience, it is the experience. Don’t let them or anyone else tell you otherwise. – Rappler.com

Ratziel San Juan is a writer at Lifestyle Asia under One Mega Group. He also volunteers for Altermidya, where he reports and edits stories of marginalized sectors.