More and more young people have been speaking out in recent years about their experiences of sexual harassment by adults in their campuses. Despite the enactment of progressive laws to protect the youth, the issue of sexual harassment on campuses has grown disturbing over the years. One of these laws is Republic Act No. 11313 or The Safe Spaces Act (Bawal Bastos Law) which “covers all forms of gender-based sexual harassment (GBSH) committed in public spaces, educational or training institutions, workplaces, and online spaces.”

RA 11313 was meant to enhance accountability processes by requiring schools to “take prompt action to eradicate the same actions [of sexual harrassment or violence], prevent their recurrence, and treat their impacts,” but in practice, this seldom transpired as intended.

Recent allegations of sexual abuse at the Philippine High School for the Arts, an instituton that bills itself as a “haven for young artists,” have come to light. Students as young as 11 years old are placed in the care of predators who pose as mentors in a remote area of Mt. Makiling. Stories of abuse are told by students and alumni throughout generations, and they reflect the institution’s callousness and lack of enforcement of our laws. Campus predators should not be accorded the honor of resignation, yet in response to the ongoing student uproar, a predator was asked to merely resign from his post as Admin Officer IV, and unfortunately the issue died down but the predicament remained.. 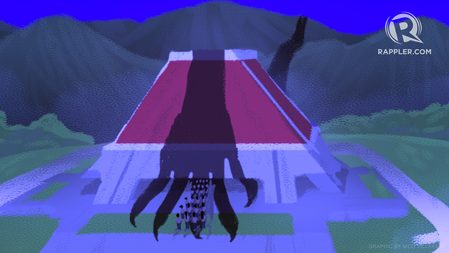 The restrictions of the Safe Spaces Act were clearly obvious in the PHSA case because it was reliant on how school administrators handled the situation. Because no predator has ever been brought to justice, cases in schools and colleges have steadily risen. To quash the controversy and restore the school’s image, the administrators would simply expel the predator from the premises. The predator need only transfer to a different university to victimize another set of students, while the victims suffer a lifetime of trauma from the incident.

Then recently, in Bacoor National High School-Main Campus, there have been recent reports of sexual harassment as early as the first day of classes. Students claim that incidents like these began in the year 2012; there have also been reports of an entire batch of students victimized by predators. Again, the DepEd issued its standard line of investigating the controversy but with our toothless laws we have and passive and flawed policies governing the conduct of teachers, many of whom, including myself, are not optimistic of its outcomes.

Furthermore, despite the transition to the new normal that led to distance learning, campus predators remain present despite online classrooms. Teenage pregnancies, domestic violence, and child sexual exploitation are all on the rise. In 2019, 2,411 girls between the ages of 10 and 14 who were classified as extremely young adolescents gave birth, about seven every day. The PopCom estimated that 70,755 families were headed by minors at the end of 2020. Compared to 2019 data, the number of financial transactions related to the sexual exploitation of children has increased by 2.5 times. Under the anti-poor distance learning program, desperate students sold explicit images and videos online to pay for their education or purchase gadgets for classes. With the youth’s vulnerability and hardships in coping with online classes, it is easy to conclude that campus predators prevailed the past two years.

Besides the aforementioned schools, there have been various campaigns and slogans on the issue of campus predators in the past years. Among them are PSHS-Ilocos, FEU High School, UP Visayas, St. Theresa’s College-QC, Miriam College High School, St. Paul College Pasig, and Marikina Science High School.

However, each case was regarded as a local, school-level problem, and was addressed as such rather than resulting in broader policy changes. Due to the failure of campaigns and the persisting menace, gender justice advocates must adopt a new strategy to weave all the local struggles into a sectoral and national struggle to once and for all stamp out predators and compel the government to take a more proactive stance. 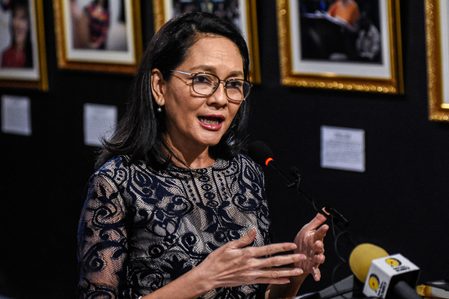 Case in point, the Philippine Teachers Professionalization Act of 1994 and the Code of Ethics for Professional Teachers do not specifically mention gender-based violence and abuse as a reason for license revocation or professional misconduct. It is obvious that these institutions and regulations have failed to safeguard the young from on-campus predators and will continue to fail to do so without reforms.

The instructor’s license should be revoked as part of the punishment. They ought to be placed on a blacklist and prohibited from employment that involves vulnerable sections of the population. They shouldn’t receive any compensation nor benefits. They ought to be locked up in jail for a very long time. Additionally, a national registry of offenders should be established. School gender desks and complaint procedures are insufficient to stop campus predators. However, university administrators want to avoid doing this because they do not want the school’s reputation to be tarnished. The reputation of institutions should not take precedence over the interests of the students.

On top of all of these issues and concerns, another striking aspect of the campaign to rid our campuses of predators is the social stigma that comes with being involved in such a controversy. Very few cases reach the desks of the fiscals because, let’s face it, besides our ailing institutions that have failed to protect the youth, parents, relatives, friends, and classmates have gaslighted the victims into making them think that attaining justice is a far-fetched idea, and that the consequences of fighting back is just too much to handle.

The time is now for victims and advocates to band together and collectively declare, enough is enough. – Rappler.com

Gel Panlilio, 20, is a feminist and member of Samahan ng Progresibong Kabataan.