In Laudato si’, Pope Francis talks about how the labor of humans holds the world together. Humans actualize their relationship with nature and God through labor. It is a necessary part of existence for survival, human development, and personal fulfillment. The goal is to give life dignity through work.

However, conditions of labor under late-stage capitalism have become very dehumanizing and exploitative.

Instead of humans being the source, focus, and aim of economic and social activity, they have become the slaves of capital. This is further exacerbated by its resultant economic issues such as inflation. According to the recent wage report by ILO, real wage percentages dropped to minus 0.9%; the first time in this century where real global wage experienced negative growth.

In the Philippines, the implementation of neoliberal policies that began during the regime of Marcos Sr. and continues up to the current regime of his son, resulted in the stagnation of real wage. Real wage in the National Capital Region is at P488 or $8.96 (September 2022), and continues to decline amid worsening inflation. Around 20 million Filipinos live under P401 per day, which is the government’s poverty threshold.

Workers also suffer under precarious working conditions. Contractualization stripped workers of job security and benefits. According to the Ecumenical Institute for Labor Education and Research or EILER, three out of five workers are contractual in the Philippines.

Other forms of labor flexibilization are also being introduced with the rise of Industry 4.0. Digitization of work coupled with massive unemployment resulted in the rise of the “gig economy.” The most prominent examples are platform workers such as Food Panda and Grab drivers who are not recognized as employees by their respective companies. This makes them vulnerable to unfair compensation and treatment. The BPO industry employs around 1.3 million workers who are experiencing a decline in wages, lack of job security, and benefits. 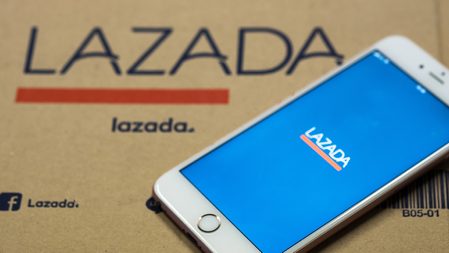 Workers, especially those in industry and construction, work in very unsafe conditions. Companies are risking workplace safety for cost-cutting and profit maximization. Workplace accidents and other occupational safety concerns remain commonplace because of the lack of oversight, especially from the government. Gender inequality and abuse also continue to occur in workplaces. The wage-gap between men and women persists, and members of the LGBTQ+ continue to be discriminated against.

Technology and capital, in the hands of the few, stripped labor of its emancipatory character, and relegated workers to becoming mere appendages of machines.

The concept of dignity of work has been mentioned in numerous papal encyclicals. Pope Leo XIII’s Rerum Novarum in 1891 discussed the relationship between labor and capital. It propounds the idea that the state should ensure the welfare of workers regarding wages, working hours, and working conditions.

In Laborem Exercens, Pope John Paul expounded on the dignity of work to include living wage for workers. According to Pope John Paul: “Just remuneration for the work of an adult who is responsible for a family means remuneration which will suffice for establishing and properly maintaining a family and for providing security for its future.” He also tasked the church to speak out on the conditions of workers as part of its spiritual mission.

Dignity of work can also be traced back to Marx’s analysis of labor. According to Marx, labor is the most fundamental activity in which humans interact with nature, not only as a means to survive, but as a means to transform nature itself.  Dignity is not something external to labor, but intrinsic.

The estranged or alienated character of labor creates the condition for undignified work. Therefore, reclaiming the dignity of work entails the abolition of the conditions for the alienation of labor.

Freedom of association is indispensable in upholding the dignity of work. Historically, it is through collective action of unions and working-class parties that workers are able to assert their economic and political rights.

Significant achievements have been made throughout their centuries of struggle: from the Chartists movement who fought for reforms, the Paris Commune who pursued the first working class revolution, to the socialist revolutions during the 20th century led by proletarian parties. The fight for the 8-hour workday was won by working classes from all over the world. Wage increases are fought tooth and nail in picket lines and strikes.

In June 1948, the International Labor Organization Convention No. 87 recognized the freedom of association and organization, which includes the formation of unions, and which was echoed by the Universal Declaration of Human Rights.

Pope John Paul also recognizes the power of unions as a “mouthpiece for the struggle for social justice.”

However, unionism and other forms of workers’ organizations are being attacked relentlessly by capitalists and the government especially in developing countries such as the Philippines.

Neoliberal policies such as contractualization, as well as repressive policies, have reduced union membership to 0.42% of the labor force. Labor organizations and advocates are being red-tagged, harassed, jailed, and killed. From 2015-2021, there have been 56 cases of extrajudicial killings among workers in the Philippines. Under the regime of Marcos Jr., these violations continue to happen. Much is needed to be done in fighting for the dignity of work. We have to carry and amplify the call for basic labor rights such as living wages for workers, occupational safety, respect for human rights, and the freedom to organize.

The ILO is conducting its High-Level Tripartite Mission in the Philippines from January 24-27 to investigate the numerous labor rights violations. It is an opportune moment to assert the freedom of association of workers and to hold accountable those who have subjected workers to undignified work.

The right to unionize was not given benevolently to the workers. It was won through their militance and determination. Only through unions can the dignity of work be reclaimed. – Rappler.com

Orly Putong is a researcher for the Ecumenical Institute for Labor Education and Research (EILER). He finished his Bachelor of Library and Information Science from the University of the Philippines-Diliman and is currently a grade school librarian and a media and information literacy teacher.