Facebook Twitter Copy URL
Copied
'Community advocates found two large posters with my passport photo on it, my full legal name, and the wild accusation that I was a terrorist supporter'

On June 28th, the International Coalition for Human Rights in the Philippines (ICHRP) released the final report for the International Observers Mission of the 2022 Philippine elections. The initial report, which was released in May – to which I contributed – expressed concern about widespread fraud, earning the attention of the Comelec.

The Comelec’s response to our initial report fell in line with previous dismissive responses to the international criticism. In the month prior to my trip, Harry Roque had just red-tagged the ICHRP for their criticism of his contribution to human rights violations in the country – a foreshadowing of things to come.

In April, prior to my departure for the Observers Mission, Philippine police harassed US labor activist Joe Iosbaker, placing banners outside his hotel calling him an “ally of communists terrorists.” When I heard the news, I did not realize I might be the next to be targeted.

On May 6th, as I settled into the Observers Mission in Mindanao, my host was contacted by organizers in Manila. Near the hotel where I was previously staying in Manila, community advocates found two large posters with my passport photo on it, my full legal name, and the wild accusation that I was a terrorist supporter. The posters read “Get Out Now” on the bottom, with symbols associating me with the CPP-NPA-NDF to the right of my photo and a large X across my face.

I felt immediate fear and anxiety – for myself, for other observers, and for my hosts. Who was next? In a country where harassment like this is often followed by arrest and killing, what could happen now? This was in fact, happening under the same regime responsible for the murders of selfless human rights advocates like Chad Booc and the brutal Bloody Sunday massacre, which took the lives of nine labor and human rights activists. 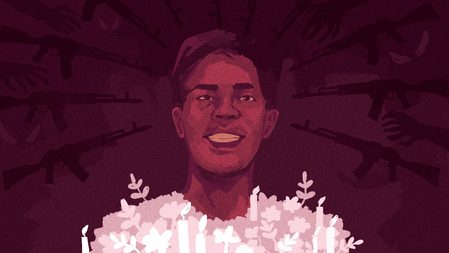 For the past four years I have been a staunch advocate and organizer for the movement for national democracy and sovereignty in the Philippines. Through this, I have become well aware of the long and violent history of red-tagging and state suppression and how small in comparison a poster is to the state violence people in the Philippines face everyday; innocent farmers, teachers, journalists, labor organizers and lawyers among the many who have fallen victim to this act of state terror.

In the end, I was able to move safely about the country and return to the United States without further harassment. Most likely, the Philippine government was aware of the Observers Mission, and in the historical pattern of the Duterte regime, responded to a democratic activity with harassment. This harassment served as intimidation, a seeming attempt to prevent the mission.

Such an attack on an international observer brings up larger questions about the democratic space in the country that is now rapidly shrinking. Clearly there are larger, more systemic problems beyond free and fair elections. Within the last few weeks alone, the National Security Council used the Anti-Terror Law to block websites, including several news outlets, and nearly 100 farmers were arrested in Tarlac for demanding their right to land.

With the June 30 inauguration of Ferdinand Marcos Jr., activism in the Philippines is expected to face unprecedented levels of violence and suppression. As my case indicates, this would not just be confined to those in the archipelago but to the entire Filipino nation throughout the world and its allies. 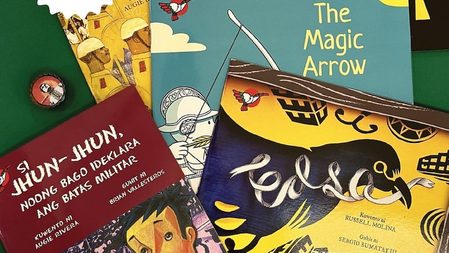 Was I scared and feeling threatened? Of course I was. Did it feel big? At first. But then it felt small. It reminded me that I was among thousands, even millions, in history who have withstood and fought against repression. Whenever power is challenged it will always react with wild violence and attacks on innocent people, and people will respond accordingly.

Internationally, it is our turn to respond. In the United States, we cannot afford to support another fascist Marcos regime. US Congress cannot wait to pass serious legislation on US military aid to the country and pass the Philippine Human Rights Act before severe repression continues, whether against Filipinos or allies abroad. – Rappler.com

Mack Miller is a member of ICHRP and a New Jersey-based organizer helping build the movement for a just and democratic Philippines.