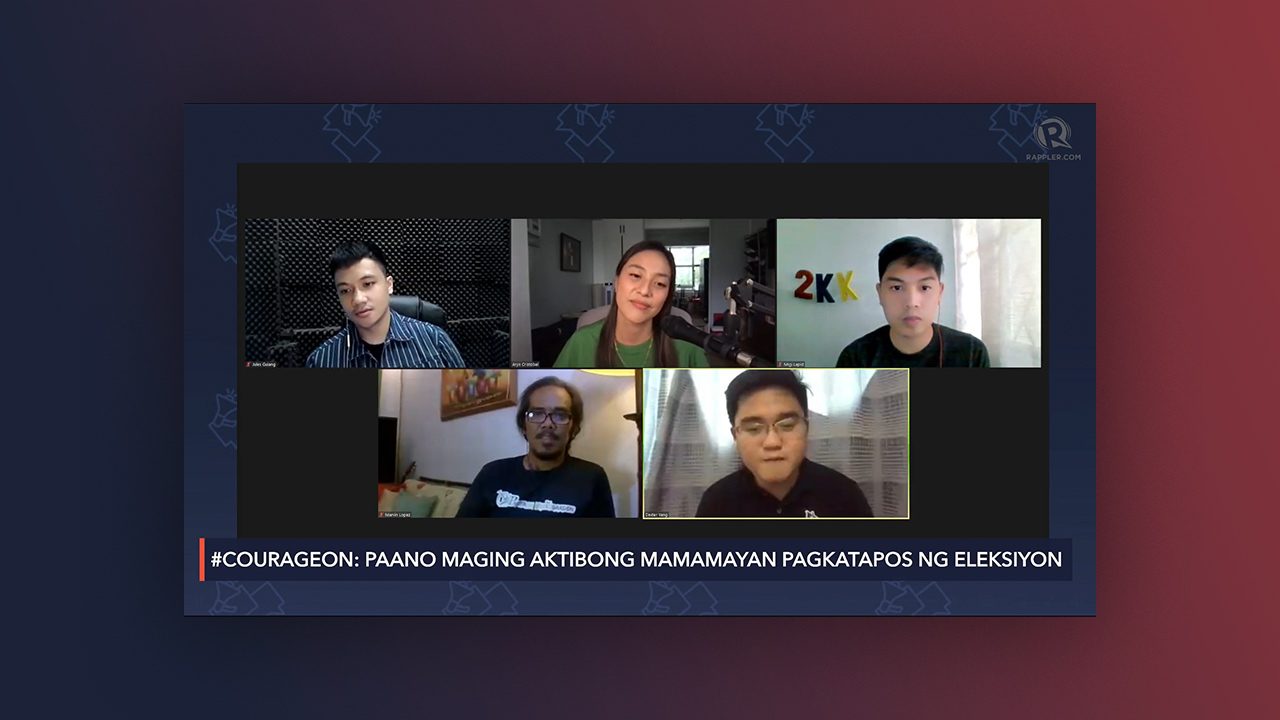 MANILA, Philippines – Voting in the elections isn’t just the only thing you can do to be an active citizen.

Citing the volunteerism seen during the 2022 Philippine elections, local civil society leaders pointed out the need to sustain that and continue maximizing spaces for democratic participation even as the elections are over.

Civil society leaders asserted that, regardless of whether their candidates won or not, Filipinos must continue to do their part in society by holding leaders accountable and exploring different ways to push for good governance.

(Now, after elections and because we are in a democracy, our role will change. All those we elected, whether we supported them or not, it is our responsibility to hold them accountable.)

(The people must be the ones to choose them. We need to ensure they will do their jobs. We can do this by knowing what’s going on. Even if you’re not part of an organized group, you have the capability to talk to politicians and demand more from them.)

These avenues and spaces to engage with communities must be utilized and protected, especially as organizations and individuals face even more hurdles in holding leaders accountable through their initiatives.

Hurdles along the way

Marvin Lopez, president of Pacita Organic Garden, said one of the biggest challenges they face, both as volunteers and activists, is red-tagging.

According to Yang, red-tagging disempowers the people of their democratic and constitutional rights. It hinders them from expressing dissent and doing volunteer work.

Yang cited his experience with setting up regional chapters with his organization GoodGovPH in a bid to encourage volunteers to mobilize on their own and promote good governance as an advocacy.

He said volunteers aimed to generate funds to help raise awareness on current issues, but they ended up being labeled as communists, to the point where they had to shut down their programs and activities for the safety of the volunteers.

“When that happens, it doesn’t have just a short-term impact. They (volunteers) become afraid of trying to do something in the long-term. They end up not wanting to help or volunteer because even though they’re only trying to help, they end up being viewed as enemies instead of allies. Worse, there’s a threat against their life… They become disempowered, and they lose their power as citizens,” Yang added.

The wide reach of disinformation on social media also makes it difficult to do volunteer work and engage with communities, especially if they are misinformed because of the content they come across in social media, said Migi Lapid, executive director of 2KK Tulong sa Kapwa Kapatid Foundation.

“To be honest, it’s very challenging, especially when everything is on social media. Content can spread so fast. It’s a double effort now. You have to teach [people] the truth, and you have to correct the false [information],” Lapid added. It doesn’t help that several organizations were open about their preferred candidates in the just-held elections. This makes it increasingly difficult to continue programs that need close partnership with local local governments or the national government.

“In the recent elections, it’s like we went back to zero because the politicians we worked with before were not elected…. We have to rebuild relationships again with new government officials. The problem here is many civil society organizations made a stand during the elections. So in a way, you already end up getting enemies because of the elections. Many [politicians] will sulk about why you didn’t support them,” Yang said.

Local civil society leaders also cited other challenges they face as volunteers. Among these are COVID-19 restrictions, lack of resources, and lack of government support.

Speakers at the #CourageON show asserted that the challenges that individuals and organizations face now make it even more important to encourage people to voice out and have the courage to hold their public officials accountable through whatever means they can, so critical voices cannot be silenced.

“We have to rebuild that culture where dissent is okay, and dissent is progressive, it’s productive. And we can only do that if we continue raising that same awareness to people kasi (because) not everyone thinks the same way because, you know, we can be a very conservative country,” Yang said.

With the country’s current political climate, local civil society leaders encouraged everyone, now more than ever, to take up every medium and space for democratic participation. 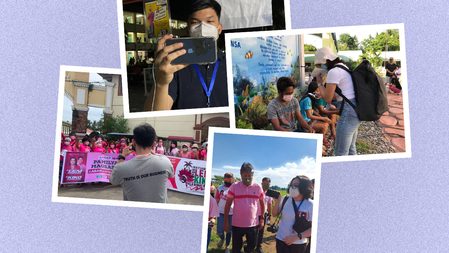 One can do so by being aware of the current issues, and talking about these with friends or with family. This can then be followed by joining local organizations in their communities, according to Lopez and Yang.

“Use that platform to further promote your advocacy, regardless of what you’re fighting for. If you don’t know what your advocacy is, joining organizations will really not be that fruitful and meaningful experience.” Yang said.

More than that, people can also explore taking leadership roles in their communities.

Yang explained that volunteering is the first step, and those who want to make impactful and sustainable change can engage with government by becoming part of avenues such as local youth councils to champion the rights of their sector.

“This is our challenge to the youth today: take part in governance. We have a lot of spaces for youth participation. You can be a part of your local youth development council, which means that you can help your councilors or the Sangguniang Kabataan, in crafting policies and programs for the youth,” Yang said.

The #CourageON show was organized by MovePH, with Caritas Philippines, DAKILA, Faith Initiative, and Institute for Solidarity of Asia. It was also supported by the United Nations Joint Programme for the Promotion and Protection of Human Rights in the Philippines. – with reports from Arjay Hije/Rappler.com

Arjay Hije is a Rappler Intern from the University of the Philippines Los Baños. He is an incoming Communication Arts senior focusing on written communication.