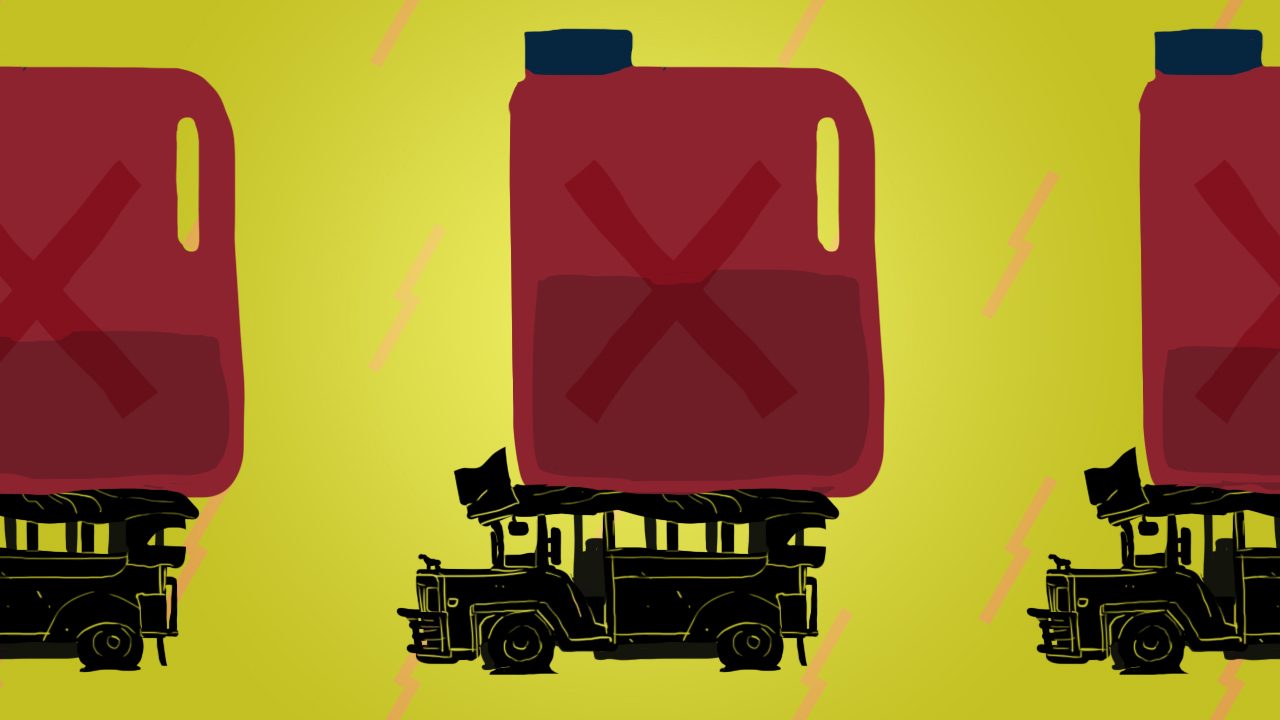 The Russian invasion of Ukraine is spreading shockwaves far beyond the war zone. One of Russia’s biggest exports is oil; in fact, it is the European Union’s biggest supplier of oil despite not being part of the union. Their actions in Ukraine have caused a global oil price hike, which has been felt especially keenly in the Philippines.

However, there is no inevitable or “natural” reason why the outcome has to be so hard on ordinary working people. At every stage of the process, those out for profit step in to protect their keep, and those whose job it is to protect the people – especially the government – fail to do so.

It has almost become gospel in the financial world that oil prices are directly pulled up or down (but mostly up) by significant global events, such as armed conflict. These “shocks” are followed so often by oil price spikes that, in the minds of many, correlation has become direct causation. Since crude oil gets turned into gasoline at oil refineries, oil price spikes also lead to gas price spikes.

However, there is no direct link between global armed conflict and oil prices; indeed, it is not as if Russian oil refineries are being targeted by military operations. In fact, even before Russian oil was targeted by any sanctions, prices were already rising. So what gives?

What drives up oil prices during global conflicts is not an actual shortage of supply, but the fear of a supply shortage potentially happening. The flow of Russian oil has not totally slowed down, but because oil traders around the world fear it could, either because of sanctions or the Russian government cutting off supply itself, they have begun buying as much oil as they can before it becomes more expensive.

Thus, it is oil traders acting in fear of a price hike that itself causes the price hike. In other words, if no sanctions were imposed and oil traders did not panic about the possibility, there would be no price hike.

Such are the workings of a global system designed to protect profit instead of people. Global capitalism works in a way that allows mere speculation to concretely impact prices. The panic of a few profit-hungry oil traders is now causing hardship for billions around the world.

What would a US ban on Russian oil mean for the world? By and large, oil prices are (arbitrarily) determined at an international level. What can be done at the domestic level is to protect ordinary Filipino citizens, especially jeepney drivers and other transport workers who rely so heavily on gasoline for their livelihoods, from these global forces.

The current proposal furthest along in the process is to provide fuel subsidies for over 377,000 public transport drivers, amounting to a total of P2.5 B. While sounding like a positive measure on paper, drivers have long said that any kind of subsidy fund tends to go to franchise holders and operators, and rarely to the workers themselves.

Furthermore, subsidies themselves are inherently less progressive than other structural measures, as they merely help workers survive temporarily in a hostile environment, instead of making the environment less hostile. With the price hike already having taken effect last Tuesday, it looks like ordinary Filipinos will get little protection from a government that is sworn to protect them. What must be done?

In truth, a more appropriate question might be to ask what can be done. Because of Republic Act 8479, more commonly known as the Oil Deregulation Act, the government has effectively tied its hands behind its back when it comes to dealing with oil prices. In allowing oil companies to “become competitive,” it has not allowed public transport drivers a say in the pricing of something so valuable to their livelihoods.

As of the moment, the Land Transportation and Financing Regulatory Board (LTFRB) is considering multiple proposals from various transport groups asking for an increase in the minimum jeepney fare, in order to counteract the rising fuel prices. However, a final decision on the matter is not due until March 22, leaving drivers at the mercy of rising fuel prices until then. Even if the fare hike is approved, more will need to be done, especially considering the inflation that is accompanying the rising oil prices.

One measure that may alleviate the pressure on drivers in the short term is to suspend the imposition of value-added tax, or VAT, on petroleum products. Because of another shortsighted law, Republic Act 9337 or the Reformed VAT Law, consumers are currently being penalized for using more petroleum.

The government has denied that such a measure is anti-poor, but it passes the burden onto drivers who are already providing an essential public service. Consumption taxes themselves are inherently anti-poor, especially when imposed on such essential commodities as petroleum, because, while not everyone makes profit, everyone has to buy goods to survive. A suspension of VAT on petroleum would relieve the pressure on drivers, at least for the moment.

Long-term, however, a serious review of the Oil Deregulation Act is in order. Deregulation itself basically allows global market forces to dictate prices, even if they rise far beyond the capacity of ordinary working Filipinos. Repealing the act would put some measure of control over petroleum prices back into public hands, where it could be managed and capped in order to ensure access for those who need it most.

Ultimately, the current oil crisis is not a direct product of the Russian invasion of Ukraine. It is borne out of international oil traders’ panic and greed, a global economic system that literally subjects the prices of essential commodities to the emotions of a few people, and most of all, the Philippine government’s failure to protect its people from these forces. This is the world we live in: rich, powerful elites make poor decisions, and billions of people halfway across the world are put at mortal risk. – Rappler.com

Adrian Gache is a fourth year Political Science major at the University of the Philippines-Diliman.