[OPINION] Can victory over irresponsible mining in Central America spur a win in the PH? 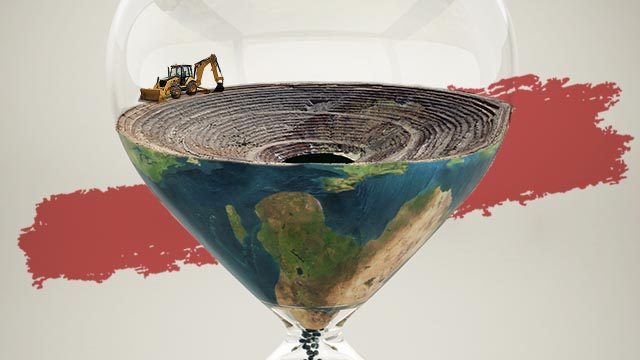 Facebook Twitter Copy URL
Copied
OceanaGold has been stunningly defeated in El Salvador, at least for the time being. The months to come will determine whether it can be defeated in the Philippines by 2019. In March 2017, the small nation of El Salvador took a huge step towards protecting its environment for present and future generations when its legislature passed a law outlawing all metals mining. It was a momentous vote – a vote heard round the world.

Indeed, that vote ricocheted across the Pacific to the Philippines, which has emerged as one of the hot spots in the global fight of “water protectors” to end destructive industrial mining. In November 2017, Philippine President Rodrigo Duterte surprised many by listening to the call of strong peoples’ movements as he declared that a ban on new open pit-mining would remain in place. This, despite a concerted campaign by the country’s mining interests to end that ban.

The open pit ban is a significant victory for communities across the Philippines, especially in the southern island of Mindanao where groups have waged a decades-long battle to block the construction of what would be one of the largest gold and copper mines in Southeast Asia. And it gives a boost to groups fighting to shut down the destructive mining activities of the very same Australian-Canadian mining giant, OceanaGold, that sued El Salvador in an effort to mine gold there. As a result, OceanaGold has become a symbol of irresponsible mining around the world and a prominent target of global anti-mining movements.

OceanaGold operates the highly profitable and environmentally devastating Didipio open pit mine in the northern Philippine province of Nueva Vizcaya. Since 2013, OceanaGold has funneled some of those profits into its expensive and nasty battle to kick-start mining in the environmentally fragile nation of El Salvador. It was actually OceanaGold that first publicly linked the two countries – through its public relations campaigns that claimed its “green” and “responsible” mining in the Philippines demonstrated it would be a responsible miner in El Salvador.

Since we, the authors, have worked for years in both countries, one of us accompanied Padilla and witnessed the power of his recounting the Philippine story of OceanaGold to Salvadoran audiences. Padilla organized his presentations around a visually-arresting Power Point that featured before-and-after photos of his province’s once lush Dinkidi mountain, a scene strikingly similar to hills of northern El Salvador.

Salvadoran audiences gasped as Dinkidi disappeared and was replaced by a giant open pit that empties into a long dirty gray “tailings pond” with over 100 ghostly, dead trees.

Padilla testified before the relevant Salvadoran legislative committee, met with El Salvador’s president, and shared the Philippine OceanaGold saga to an audience of nearly 1,000 in the province where OceanaGold desperately desired to mine in El Salvador.

In various audiences, the combination of economic, social and environmental violence wrought by mining in the Philippines clearly hit home. As one participant said in response to the Governor’s speech to a large, high-level, multisectoral gathering convened by the Salvadoran government, “there should be a worldwide movement with Dinkidi as a symbol.” Others assembled voiced agreement: “No more, Dinkidi’s!”

Padilla’s visit climaxed on March 29, 2017 with the vote in El Salvador’s legislature for what the New York Times called “El Salvador’s Historic Mining Ban.” The vote was the culmination of a lengthy battle by a Salvadoran coalition of local and national groups, backed by hundreds of allied groups in other countries. Reliable sources informed one of us that when one Congressperson wavered before the vote, another bolstered his “no” vote with “remember what the Governor told us.” Hence, El Salvador became the first country in the world to ban metals mining, both open-pit and underground.

In a meeting with Salvadoran President Sanchez-Ceren right after the vote, Padilla congratulated El Salvador for being ahead of the Philippines on banning mining.

Now, Padilla is bringing the lessons of the Salvador victory back to the Philippines, where a broad range of Philippine groups, led by two national coalitions – Alyansa Tigil Mina (ATM) and Kalikasan – are strengthening their efforts to evict OceanaGold. We revisited the Philippine mine site in July 2017 (we had been there in 2013 with construction ongoing) to talk to community members about El Salvador’s decisive move to save its key watershed and to witness what had happened to the once verdant Dinkidi area since OceanaGold operations had moved into full gear.

Community leaders reminded us that the Didipio mine sits at the headwaters of the longest river system in the entire country. Indeed, that river system provides water to millions and key agricultural areas through 4 northern provinces ending in the vast Cagayan River.

Part of the OceanaGold Didipio horror is visible and audible outside the window of the one room meeting place of a local water protector group. When we visited in 2013, the noise from the round-the-clock machines was deafening. Community members described the torment to them and their children trying to sleep or work or simply live beside the constant noise of crushing and blasting rock.

In 2017, with the mine operational, we heard shocking stories of water sources drying up in some areas and becoming unsafe to drink in others. Farmers downstream from the mine told us of dead fish, fish losing scales, and of skin diseases on themselves and on the water buffalo they use to farm.

As for Dinkidi, it was – as in the Governor’s “after” photos – a gaping wound in the once fertile earth. Community members chronicled human rights abuses, including the death of at least two community members that reminded us eerily of the assassinations of anti-mining activists in northern El Salvador. We travelled to 3 of OceanaGold’s so-called “reforestation” projects where the dying, non-endemic saplings made a mockery of the company’s reforestation boasts and awards.

As the global fight against OceanaGold shifts to the Philippines, farmers and government officials are gathering evidence to build the case that OceanaGold has violated not only provincial laws and laws regarding mining in indigenous lands, but also the precise terms of OceanaGold’s mining concession agreement. This last point is key as OceanaGold’s 25-year Didipio concession agreement is up for renewal in 2019 – a date which offers an important time-frame to eject the company from the Philippines.

But the fight of water protectors in the Philippines faces a large hurdle that did not exist in El Salvador: vested domestic interests. The domestic mining lobby in El Salvador shrank as mining operations largely ground to a halt during its bloody civil war (1980-1992).

The Philippines, on the other hand, has a strong business elite tied to mining with roots going back to the construction of mines during the US colonial period over 100 years ago. Hence, mining interests in the Philippines are powerful and tightly linked to top economic and political families. Case in point: the brother of the current finance minister is involved in the consortium behind the would-be Tampakan open pit mine in Mindanao.

Despite these obstacles, the anti-mining movement got a shot in the arm with President Duterte’s surprising 2016 appointment of Regina “Gina” Lopez, a well-respected environmentalist, to be his environment secretary. Before her official confirmation, Lopez moved quickly to open a broad national debate on mining’s devastating impacts. With her motto of “justice delayed is justice denied,” she took decisive steps to audit the 41 large-scale mines across the archipelago to see which were out of compliance with their legal obligations under their mining agreements.

By early 2017, she earned the ire of the mining industry by announcing the ban on new open-pit mining, along with the closure of 22 mines and suspension of operations in 4 more. OceanaGold – already desperate in El Salvador – was among those on the suspension list. All affected mining companies, including OceanaGold, appealed these decisions; all were able to continue operations while their appeal is being considered. But, still, the momentum seemed to be moving against mining.

Philippine environmentalists received a harsh blow in May 2017 when Congress, where several members have mining connections, made its move against Lopez. The Congressional Committee on Appointments voted against Gina Lopez’s confirmation to the environment post.

Despite this setback, the national anti-mining coalitions and local groups have continued the fight against OceanaGold, against the giant Tampakan mine in Mindanao, and against other mining ventures. And these coalitions, working with local groups and provincial officials, understand that part of the challenge in the Philippines is to prove that viable and sustainable alternatives exist, alternatives that can be environmentally, socially, and economically superior to mining.

As in El Salvador, such alternatives focus on agriculture and eco-tourism. Exciting economic alternatives are thriving in Governor Padilla’s province of Nueva Vizcaya. Indeed, just north of where Dinkidi once stood, we toured the fertile Malabing Valley where citrus farmers have blockaded roads every time OceanaGold tries to move its machinery to expand its operations.

The farmers shared with us their work for an economic future free of mining, building on the province’s “green gold” of citrus – and we sampled an array of fresh fruit and citrus wine. We also visited other organic farms producing tomatoes, lettuce, and a wide variety of other vegetables. We spent time at an expanding eco-tourism resort that is creating good jobs while conserving the environment, and we saw the provincial government plans to ramp up such endeavors.

OceanaGold has been stunningly defeated in El Salvador, at least for the time being. The months to come will determine whether it can be defeated in the Philippines by 2019. But however long it takes to win the fight against environmentally, socially and economically destructive mining, El Salvador has demonstrated that the good guys can win.

Robin Broad, a professor of development studies at American University in Washington, DC, is writing a book about mining as a John Simon Guggenheim Fellow. John Cavanagh directs the Washington-based Institute for Policy Studies. They are co-authors of (among others) Plundering Paradise: The Struggle for the Environment in the Philippines, and have worked in the Philippines over 4 decades.