[ANALYSIS] Huawei and the Shangri-La Dialogue

May 30, 2019 9:33 AM PHT
Manny Mogato
Facebook Twitter Copy URL
Copied
The Pentagon sets its eyes on Beijing in a new Indo-Pacific security strategy that is expected to be unveiled at the annual Shangri-La Dialogue in Singapore, which begins Friday, May 31 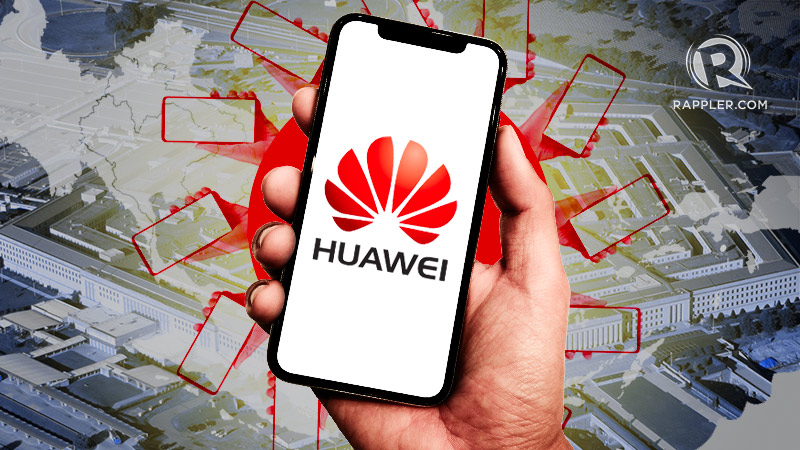 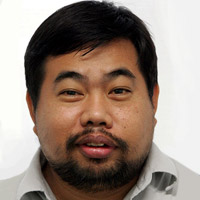 My nephew who lives in Toronto was thrilled with his new mobile phone because of its super-zoom camera. Using his P-30 mobile, he could see people walking on the view deck of the city’s tower as he took a shot from below.

But the next day, he went back to the mall to return his China-made Huawei smart phone, exchanging it for a South Korean-made Samsung. He did this after he learned that the ultra-high-tech Chinese mobile phone would no longer have access to Google apps.

His Etobicoke home is run by Google home app, controlling the lights, music, television, and even the heating system in the harsh winter season. It would not make sense for him to stick to the fancy Chinese mobile phone when he could not command Google Home app to put on the lights and heater while on his way home.

Two weeks ago, the American giant tech company Google revoked Huawei’s android license, cutting access to its internet and related services as the trade war between Washington and Beijing escalated into technology services and products.

A year ago, the Pentagon had banned the sale of phones and networking equipment from Chinese companies Huawei and ZTE in its military facilities, warning of potential security risks after cases of espionage were reported in other countries, including Poland.

In January, the U.S. Justice Department unsealed indictments that included 23 counts of alleged theft of intellectual property, obstruction of justice and fraud related to the telecom giant’s alleged evasion of U.S. sanctions against Iran.

Last month, the U.S. intelligence community reportedly confirmed that China’s security apparatus is funding Huawei, raising fears that the company’s telecom equipment could be used to spy on other countries and rival companies.

The Pentagon sets its eyes on Beijing in a new Indo-Pacific security strategy that is expected to be unveiled over the weekend during the annual Shangri-La Dialogue in Singapore, which begins Friday, May 31.

Huawei will probably among the issues to be discussed on the sidelines of the dialogue, as the United States steps up its attacks on China’s technology giant. American security experts say China has plans to overtake the United States as the world’s biggest economy, mightiest military, and the country with most advanced technology, including artificial intelligence.

Shanahan is also expected to meet his Chinese counterpart, Wei Fenghe, who has stayed away from Southeast Asia’s premier defense and security talk shop since 2011.

General Joseph Dunford, the current chairman of the U.S. Joint Chiefs of Staff, has also warned American allies against proceeding with Huawei’s equipment, saying intelligence cooperation between the United States and its allied countries could be undermined.

“One of the things that underlines an alliance is the ability to share information, and when we share information with allies and partners, we have to have common standards of information assurance,” he told American lawmakers during an earlier House Appropriations subcommittee meeting in May. “We have to be sure that our secrets are protected, whether it be intelligence or technology transfer.”

“We believe that competition, whether it’s in 5G or some other technology, ought to be open, free, transparent, and we worry that Huawei is not that,” Pompeyo told a press conference in March. “Our task has been to share with the world the risks associated with that technology, the risks to the Filipino people, the risk to Philippine security.”

Pompeo said the entry of Huawei technology in the Philippines might impact on US technology, specifically when used in relation to its security alliance with the Philippines. (READ: Huawei biggest sponsor in PNP anti-cyber crime summit)

Huawei is the world’s biggest telecom supplier and now the second largest smartphone maker after Samsung, overtaking the Apple’s iPhone last year. It has about 15% of global market share, shipping more than 52 million units in 2018 despite ban in the U.S. as well as in Australia and other allied countries. The sale of its smart phones has risen by about 50% this year.

Soon, China Telecom will become the country’s third telco, competing directly with Smart and Globe, and Huawei will supply the Department of the Interior and Local Government (DILG)’s project to install 12,000 CCTV system in Metro Manila and Davao City.

Retired general Eduardo Año has made assurances that the country’s communications and security system will be secured as local IT experts will build a formidable firewall to prevent hacking and other cyberattacks, including espionage. However, the best firewall systems available in the market are also made by Huawei.

It’s about time the Philippines develop and rely on its own core technology for its own security, taking the cue from another Southeast Asia neighbor, Vietnam, which is currently building its own fifth-generation network as its state-owned Viettel group prepares to launch ultrahigh-speed wireless services by 2021.

The Philippines is not short of talent and skilled IT workers that could probably develop, create, and innovate with advance computer hardware and software that have useful applications not only on the telecommunications industry but also defense.

In the early 1950s and 1960s, the Philippines was well ahead of China, India, South Korea, and the rest of Southeast Asia. During the time of the late dictator Ferdinand Marcos, the military was already experimenting on rockets. Filipino engineers were also behind some of the American space vehicles.

Where are those talents now? Probably the other countries have recruited them. Let’s harness our  human resources, skills, and talents for the betterment of the Filipino nation and avoid dependence on outside support and technologies.

If Vietnam can do it, why can’t we? – Rappler.com