How to respond to China? Keep U.S. out

Apr 27, 2012 11:32 AM PHT
Facebook Twitter Copy URL
Copied
Dragging the U.S. into our bilateral conflicts with China can only complicate things. The Philippines can enlarge our voice in Asean if Asean can come up with a common position on the issue. 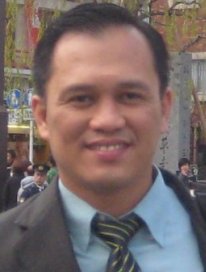 For us to understand the complex territorial disputes in the South China Sea, particularly in the context of the ongoing standoff between China and the Philippines in the Scarborough Shoal (and how to deal with the situation and peacefully resolve the standoff), we also need to understand the relevance of fishing in the maritime territorial disputes.

Fishermen of various national origins are attracted to the South China Sea because of its very rich marine resources.

China has already demonstrated its increased demand for fish. This is directly proportional to the increased income of Chinese citizens resulting from their country’s phenomenal economic growth.

In 2011, the World Bank (WB) declared China as the world’s second largest economy, next to the United States. If its current growth of at least 8% continues, the International Monetary Bank (IMF) predicts that China could be the world’s largest economy by 2016.

Thus, China’s current fishing behavior in the South China Sea is dictated by its growing demand for these resources as a result of the increased purchasing power of Chinese consumers.

China is also increasing its naval and maritime law enforcement capabilities to protect its “maritime defense” (haifang) and “maritime rights and interests” (haiyang quanyi or haiquan) in the South China Sea and other waters in Asia (such as  Senkaku/Diaoyu Island in the East China Sea in conflict with Japan and the Yellow Sea in conflict with South Korea). China regards these waters as part its territory.

The People’s Liberation Army Navy (PLAN) has flirted with the idea of a new type of naval campaign that encourages “attacks against coral islands and reefs” (dui shanhu daojiao jingong zhanyi). Naval experts say that this campaign scenario “appears to be tailored to the South China Sea disputes where China might consider attacking islands and reefs held by other claimants.”

It is not year clear, however, whether this idea has been adopted as an official military campaign strategy of the PLA. The point is that the idea has crossed their minds.

Chinese fishermen in the South China  and the Scarborough Shoal do more than fishing. Observers say that fishing activities “are civilian instruments of power that help stake out legal claims and establish national maritime rights.”

Thus, the Chinese government protects their fishermen  to promote its concept of maritime rights and stake out its legal maritime claims. China’s current behavior in the Scarborough Shoal is part of this overall power projection. According to a report: “Chinese officials are deliberately using civilian maritime law-enforcement vessels, rather than the People’s Liberation Army Navy—to enforce China’s maritime rights and fishing laws. Whereas China resorted to using warships over Mischief Reef territorial disputes in the 1990s, the recent assertiveness of China in these waters has been prosecuted largely with civilian instruments of power.”

Aside from fish, China is also convinced to assert its position in the South China Sea because of its increasing and incessant demand for oil.

It is estimated that the potential oil resources of the South China Sea is 213 Bbbl.    There are conflicting claims, however, about the size of natural gas and oil deposits in the area.  According to the US Geological Survey, about 60% to 70% of the hydrocarbon resources in the South China Sea are gas.

A research conducted by Chinese experts reveals that that the total gas resources of the South China Sea can reach 900 Tcf (Total Cubic Feet), with an annual production of 1.8 Tcf.  Chinese geologists have recently detected “super-thick” oil and gas-rich strata in the South China Sea and also identified 38 offshore oil and gas basins in the area.

Because of reported oil and gas resources, all claimants in the South China Sea have existing gas and oil exploration activities in the area.

China has exploration project in Vanguard Bank, which is proximate to Indonesia’s Natuna Gas Field. Vietnam has projects Dai Hung and Blue Dragon Fields that are adjacent to disputed territories in the South China Sea. The Philippines has a natural gas power project in Malampaya, which is close to disputed Spratly Group of islands. The Philippines also has oil development plans in the Reed Bank that is being contested by China.

Malaysia, which controls disputed reefs located in oil rich portion of the South China Sea, has begun its natural gas production from Angsi Field that is expected to produce 65,000 b/d of oil and 450 MMscfd of gas. Brunei has exploration projects in Louisa Reef that is also being claimed by Malaysia.

To avoid conflicts and create a relationship of amity, Brunei and Malaysia decided to enter into joint oil exploration projects in Louisa Reef.  Brunei also explored the possibility of joint oil exploration with China considering that China buys an average of 20,000 barrels of oil daily from Brunei.

China has, in fact, recently announced its plan to step up oil and natural gas exploration in the South China Sea by spending an average of 500 million Yuan ($75 million) a year in the next two decades in order to meet the country’s growing imported energy needs, which in 2010 already reached 55% of total domestic consumption.

It is predicting that 60% of its oil consumption will be imported by 2020, making gas and oil exploration in the South China Sea necessary to reduce dependence on oil imports.

Fishy and oily issues currently propel the assertive behavior of China in the South China Sea.

How can we respond to a more assertive China?

Conflicts among states are settled either through war or diplomacy. In our conflict with China on the West Philippine Sea (WSP) and Scarborough Shoal, our only option is to pursue the diplomatic track and settle this peacefully.

Our pursuit of diplomacy with China can only work if we refrain from using words that hurt feelings such as “bully”, “aggressive”, “provocateur,” and the like.  We can stand firm in our claims by using more constructive words because conflicts and cooperation in international politics are also products of social constructions.

Dragging the U.S. into our bilateral conflicts with China can only complicate things.  The Philippines can enlarge our voice in Asean if Asean can come up with a common position.

But the reality of international politics still prevails. The reality dictates that in our present circumstances, the only pragmatic option for us is to patiently convince China in a bilateral way that peaceful cooperation in the South China Sea is more beneficial than prolonging the standoff and dragging the Philippines and other claimants into a costly conflict.

For example, we can encourage China to enter into joint maritime patrols of the disputed waters in order to promote sustainable fishing practices in the South China Sea.

China may have the military and economic powers to assert its claims in the Spratlys.  The Philippines can use the power of ideas to tame China and find a just and lasting solution to the South China Sea problem.

The years 2012 and 2013 have been declared as years of friendly exchanges between the Philippines and China.  Let us not allow the disputes in the West Philippine Sea and the standoff in the Scarborough Shoal destroy this friendship.

Let us talk to China patiently and strongly remind China that the Philippines is a good and loyal friend. And that we deserve to be treated that way. – Rappler.com

(This piece is part of the position paper prepared by the author at the public hearing of the Committee on Foreign Relations of the Philippine Senate held on Friday, April 27, at the Session Hall, 2nd Floor, Senate of the Philippines, GSIS Bldg., Financial Center, Pasay City.)