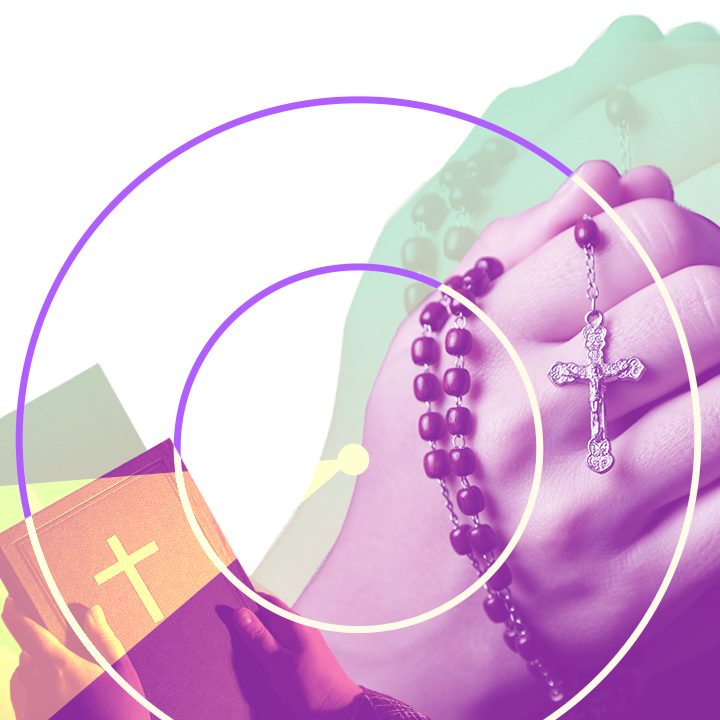 Facebook Twitter Copy URL
Copied
'[R]eligious diversity in the Philippines is an inescapable social fact. When visiting communities, it is no longer uncommon to encounter congregations with stark theological differences sitting right next to each other.'

The Philippines is fast becoming a religiously diverse society, one in which Roman Catholicism no longer has the monopoly over social and even political life.

To be sure, the overwhelming majority of Filipinos (80.6%) still profess Catholicism as their religion. But Protestants (which include evangelicals) have already seized a sizable proportion of Filipinos (8.2%). And 3% of the population are members of other Christian churches. In the Philippines, these other Christian churches tend to be indigenous and independent, often embracing a non-trinitarian theology that sets them apart from Catholics and Protestants.

Religious diversity on the ground

These statistical data may not be significant to an outsider. But on the ground, religious diversity is a far more tangible experience.

As I have argued elsewhere, religious diversity in the Philippines is an inescapable social fact. When visiting communities, it is no longer uncommon to encounter congregations with stark theological differences sitting right next to each other.

They are typically in the form of makeshift churches, rented basketball courts, and even houses that double as worship halls. In these communities, people know who among them are Born Again Christians, Adventists, Mormons, Jehovah’s Witnesses, or even members of the indigenous (and non-trinitarian) Iglesia ni Cristo (INC).

When one turns on the television, a plethora of religious programming is available 24/7. Catholic broadcasting, which was dominant in the 20th century, is now just one genre among others, including religious shows run by Filipino evangelicals and members of another non-trinitarian group, Ang Dating Daan (Members Church of God International).

While religious diversity has been a resource for people to work together, as in the case of peace-building, it has also engendered tensions (and in some cases even violence).

How then do these Filipino Christians live with deep differences?

This question is not only a descriptive matter.

At its core is an ethical matter, one that relates to the concept of “covenantal pluralism.” A leading proponent of the philosophy of covenantal pluralism is Chris Seiple, Senior Fellow for Comparative Religion at the Jackson School of International Studies. As Seiple explains, covenantal pluralism calls on individuals “to engage, respect, and protect the other’s liberty of conscience, without necessarily lending moral equivalency to the other’s resulting beliefs and behavior.”

Covenantal pluralism, in other words, does not call on religious individuals to abandon their truth claims. As a relational call, it asks people to instead honor the inherent dignity of other human beings even if their religious convictions are very different from their own.

This view of covenantal pluralism has been developed over the last few years at the Templeton Religion Trust, which formally launched its Covenantal Pluralism Initiative in 2019. One key area the initiative addresses is the violence religious nationalism inflicts on minorities, a phenomenon evident in global politics but also resonant in the Philippine context.

Climate change: Key dates on the way to Paris accord

Indeed, how to live with deep differences is a question that Filipino Christians need to confront now. But do they have the dispositions and attitudes needed to respond to deep diversity with covenantal solidarity?

The 2018 religion module of the International Social Survey Program sheds valuable light on this question. Based on this representative survey, my colleague (Prince Kennex Aldama) and I discovered fascinating patterns in our recent study, some of which pose a challenge on the potential of covenantal pluralism.

One particularly pertinent item in the survey asked respondents for their reaction to the following statement: “All things considered, people belonging to different religions cannot get along with each other when living close together.”

Filipino Christians are divided. Those who disagree constitute only a slight plurality (40.9%), as compared to those who agree (37.4%). This means that while there are those who are positive about the possibility of living with people of other faiths, there is an almost equal number who are not.

The only way these numbers will improve is through increased multi-faith awareness, education, and relationship-building. The absence of interfaith conversations makes it difficult to honor the dignity of religious outsiders.

Religious educators can play an especially vital role. Some have begun to recognize the reality of pluralism in the classroom. Catholic schools, which are pervasive and among the elite in the country, can no longer assume that all their students are Catholic. Another statement worth highlighting from the survey reads: “Practicing a religion helps people to make friends.” This one reveals a more encouraging picture. The majority of Filipino Christians (80.6%) believe that religion fosters friendship.

Interestingly, this pattern is more prominent among Protestants (88.4%) and non-trinitarians (90.2%) than among Catholics (78.8%).

This finding is perhaps counterintuitive given that non-Catholics, who are far more engaged in proselytization, constitute the religious minority in the Philippines.

Proselytization concerns competing truth claims, which, in the context of the Philippines, is often expressed in antagonistic ways in the media. Anti-Catholicism is evident, for example, among the leaders of Iglesia ni Cristo and some other fundamentalist churches.

Some of these groups are also associated with socially conservative, politically activist Christianity. By fielding their own candidates, their fundamentalist worldviews influence politics and policymaking in such areas as homosexuality, divorce, and even the death penalty.

Part 1 | Religion, the pandemic’s unseen force: At the hour of death I have presented only two of the statements we looked into in our analysis of the survey data. But they are already telling. Covenantal pluralism in the Philippines is not a given.

That many Filipino Christians believe that religion is a source of conflict and that religious people are intolerant adds credence to what Seiple claims about the vital task of engaging deep differences — namely, that sometimes it is “hard, messy, and no fun.” This might be why achieving civility is a difficult feat for many.

If this is the case, religious literacy is needed from Christians of all stripes, and not just the Catholics.

But perhaps what complicates the situation is the moral baggage that today many assume automatically comes with “being religious.”

In popular culture in the Philippines, to be “religious” is associated with fundamentalist beliefs that are inimical to progressive politics.

And yet there are opportunities for interventions. The overwhelming majority of Filipino Christians believe that practicing their religion can help them establish friendships. This is an area that people of faith can build on.

An entry point, for example, is the seminary training of ministers themselves. With adequate exposure to other religious convictions and communities, they can later on model openness to principled multi-faith relationships in their respective congregations.

Ultimately, what’s needed is more than simply acknowledging and grudgingly “tolerating” the presence of religious differences. Covenantal pluralism is an indispensable aspiration in the context of ever-increasing religious diversity.

It is an ambitious but achievable vision, requiring real engagement and relationships of civic solidarity sustained by virtues of humility, respect, and fairness for all. – Rappler.com

Jayeel Cornelio is Associate Professor and the Director of the Development Studies Program at the Ateneo de Manila University. He is the author of Being Catholic in the Contemporary Philippines: Young People Reinterpreting Religion and lead editor of the Routledge International Handbook of Religion in Global Society. Follow him on Twitter @jayeel_cornelio.