[OPINION] When will we ever learn? 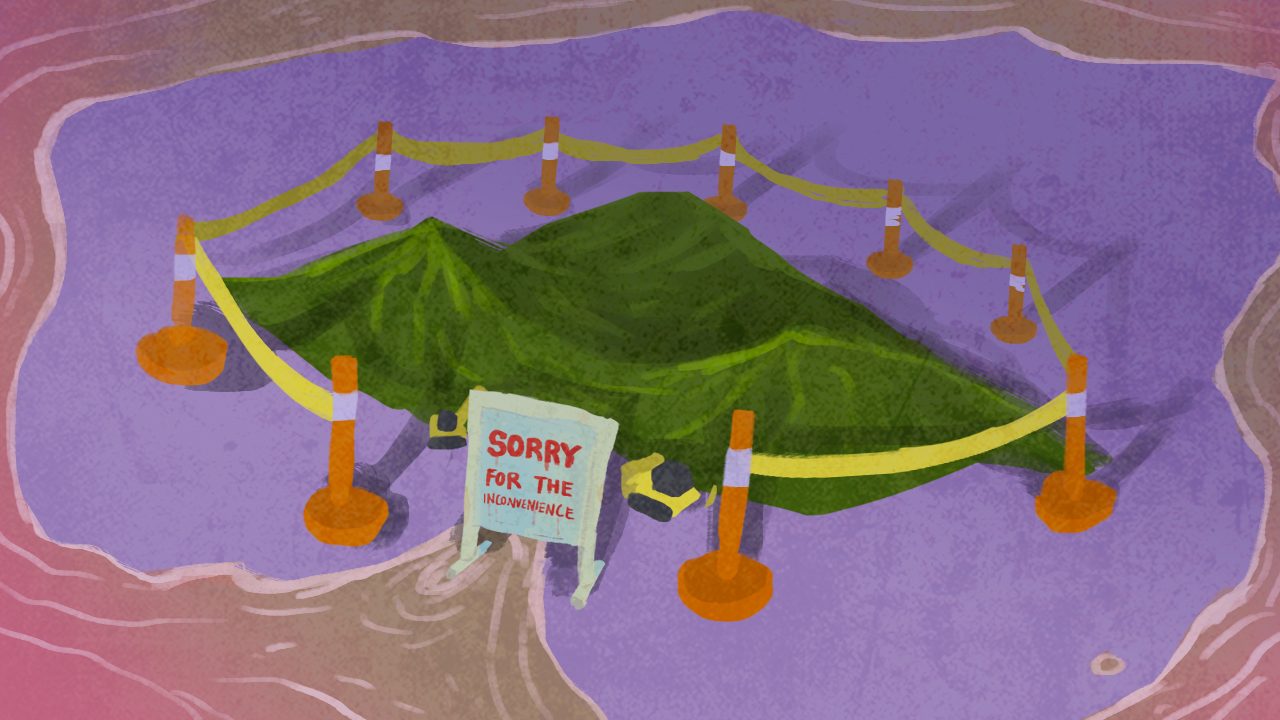 Last Thursday, thousands of beleaguered Metro Manilans were shoveling layers of mud off their living room floors when pictures from the Cagayan Valley began appearing on their social media sites. As in Marikina, they saw northern fellow sufferers perched high on rooftops awaiting rescue from the three-meter-high inundation.

Television screens captured dramatic scenes of men and women pushing through chest-high floods, carrying a child or a valued household item on their head or shoulders. Anything that could float became a makeshift boat – from surfboards to styrofoam containers to door-less refrigerators. The luckier among affected Metro Manila residents only had to contend with the loss of water, electricity, and internet. Predictably, the much-touted Filipino resilience was hailed as our saving grace, but angry voices rejected that as government’s excuse for its failure to respond appropriately.

Why is this happening? Yet again?

As many answers abound as people offering opinions. Too much rain in a short time. Release of water from overflowing dams. Denuded mountains. Silted rivers. Ditches clogged with plastic and garbage. Reclamation. Quarrying. El niño. La niña. Climate change. The list goes on.

Given multiple explanations to further recriminations, there is all the more reason to focus now on prevention. Case in point – the Kaliwa Dam.

Environmental, human rights groups and economists have long questioned its existence. Now the massive flooding and dam-derived disasters of Ulysses have brought the Kaliwa Dam back into the limelight. Critics have assailed the government’s insistence that it is “the solution” to Metro Manila’s water needs. Ample evidence shows that massive concrete dam structures burrowing mercilessly into ecological havens like the Sierra Madre forests wreak havoc on dependent upland, rural, and urban communities. Other solutions are possible.

The authorities have dismissed the indigenous people’s claims that government consultations with the affected communities are not representative of the people’s collective will. Environmental groups experience similar reactions when government dismisses their claims of irregularities in .certification. These “soft” sector arguments have fortunately been supported by those with significant influence on policy makers, namely, World Bank economists. More recently Ateneo economist Jerik Cruz posed this question, “Is the Kaliwa Dam actually viable?” (Rappler 2019).

Laying out the economic failings of the dam proposal reviewed by the National Economic Development Authority, Cruz contends that NEDA’s recent decisions about the dam have only considered funding changes and not the environmental, ecological, social, and heritage costs. His  arguments highlight what is missing: the weak accounting of spillover costs in the New Centennial Water Source Project of which the Kaliwa Dam is a part.

Cruz’s listing of problem issues are worth re-surfacing in light of Ulysses:

Despite this damning evidence, a construction loan agreement was signed in 2019 with China, which would shoulder 80% of the P12.2-billion project. The China Energy Engineering Corporation doing the construction (reported Sui-Lee Wee of Reuters in 2012) is the same company that built the controversial Three Gorges Dam in China which relocated 1,300,000 people.

How have Daraitan, the Kaliwa project site, and linked parts of Quezon and Rizal provinces been affected by Ulysses? Infanta, Quezon residents report massive flooding at levels never before seen. One texted to describe the damage, “Wasak ang buong Daraitan at lubog ang Infanta!” (Daritan is devastated and Infanta is under water!)

Communities partially blame the Chinese road construction gangs who cleared the Daraitan forest corridor to the dam site home of the indigenous residents. Queries of the local government months ago as to why the Chinese laborers were exempted from quarantine restrictions, when Filipinos workers were not, fell on deaf ears. Nor has damage to the farmers and fisherfolk in the lowland plains between Daritan and Laguna de Bay yet been assessed.

Quezon and Rizal people are not alone in their fears and disappointments. Echoing their laments are indigenous and rural people in Africa, Asia, Europe, and the USA also displaced by dam construction. Global studies reveal that many  resettled with or without compensation and were living in misery. For others, promises of financial aid and material resources never came through. Some evicted families transferred residence more than once after finding themselves relocated to infertile farm plots or degraded slopes later buried by landslides. The destruction of fishing grounds and riverbank farms, faulty construction or poor maintenance leading to dam breaks, massive flooding, and many deaths offset the benefits attributed to the dams (Antonio et al. 2020).

Ulysses’ realities therefore demand renewed efforts to stop the Kaliwa Dam from wreaking further havoc upon Filipinos in upland, lowland, and metropolitan locations. Environmentalists add that if the 203 hectares of carbon-absorbing forest from the total 267 hectares are submerged forever, the source of life-giving oxygen badly needed in heavily polluted Metro Manila will be gone. Any endangered plant and animal species, some of them found only in the Philippines, will disappear, further undermining the biodiversity that keeps our country and planet alive. Biologists assert that disturbing nature may release dormant viruses carried by displaced forest creatures, generating yet another zoonotic pandemic (READ: [OPINION] Balik-Probinsya: Are we learning the wrong lessons from the pandemic?)

Civil society alliances like Stop the Kaliwa Dam and others have called for alternative solutions to the issue of water for metropolitan dwellers.  Among their questions: How many of existing dams like Ambuklao, Angat, Ipo, Pantabangan, and others are still working and producing as planned? Are they regularly dredged? How profitable were the financial investments and expected economic outcomes? What happened to the resident populations and environmental settings of these existing dams? How much more water would be available in Metro Manila if Maynilad and Manila Water Inc. regularly plugged leaks and assiduously maintained their systems? NGO coalitions have pledged to work with the private sector and the government to monitor and report on these problems.

Perhaps the most eloquent appeal, however, comes from Agta leader Marcelino Tena: “So deeply rooted are we to our forest that if we are cut off from it, we will disappear as a people.”

Does any Filipino deserve that? Ulysses’ message is clear. Once and for all: Stop the Kaliwa Dam! – Rappler.com

Mary Racelis is a social anthropologist who teaches at the Ateneo de Manila University and the University of the Philippines.