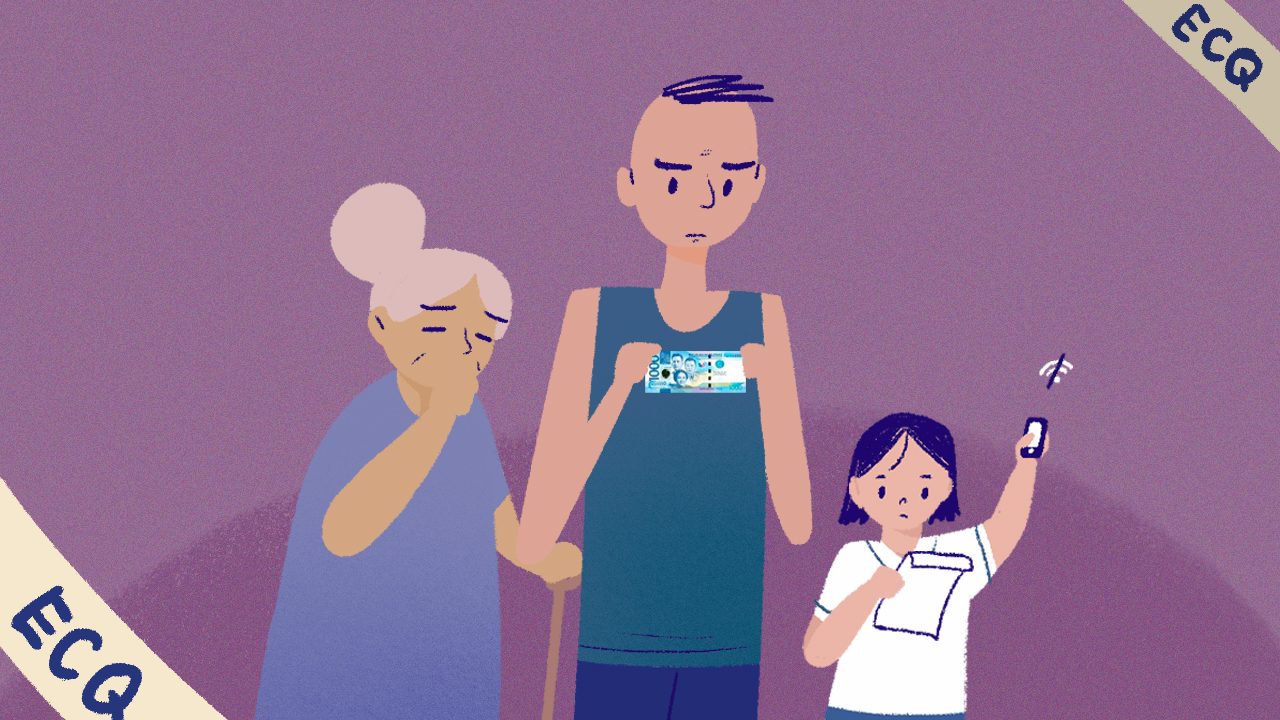 Facebook Twitter Copy URL
Copied
'Rather than stimulating spending in huge swaths of our economy, at bottom [Bayanihan 3 is] really a measure to tide over our people and mitigate the crushing toll of the pandemic and the recession'

With reinstated curfews and lockdowns in the “NCR Plus bubble” (Metro Manila and nearby provinces), President Rodrigo Duterte has had no choice but to finally hand out economic aid or ayuda.

But just as you’d expect, the amounts involved are too paltry: only P1,000 per person and no more than P4,000 per household.

Considering that we’re suffering ASEAN’s worst recession alongside inflation that’s firmly above 4%, such amounts are frankly next to nothing. Worse, government refuses to give more aid despite the one-week extension of the lockdown. And there’s nothing for those outside the NCR Plus bubble.

Clearly, government needs to give a lot more aid than it is currently giving. Arguably the best way to do this is to pass as soon as possible the bill called Bayanihan 3.

Bayanihan 3, spearheaded by Marikina Representative Stella Quimbo (an economist) and House Speaker Lord Allan Velasco, is a P420-billion economic relief package that aims to shore up our economy by handing out financial assistance to its most embattled sectors, especially the poor, workers, and small businesses (Figure 1).

Bayanihan 3’s proponents like to call it an “economic stimulus package.” But I think it’s much better to call it an economic relief package. Rather than stimulating spending in huge swaths of our economy, at bottom it’s really a measure to tide over our people and mitigate the crushing toll of the pandemic and the recession.

If you study Bayanihan 3 carefully, it’s actually quite sound. There’s P108 billion for cash transfers for the poor (a sequel of sorts to last year’s emergency cash transfers, which were discontinued), P82 billion for wage subsidies and unemployment assistance, P100 billion for “critically impacted businesses” (mainly micro, small, and medium enterprises or MSMEs), and P70 billion for farmers and fisherfolk.

On top of all this, there’s P30 billion for students and teachers struggling with the demands of online learning, P25 billion for the national vaccination program, and P5 billion for typhoon-affected areas.

What’s missing, perhaps, are extra allocations to protect our health frontliners and compensate them for their losses, as well as more detailed provisions on the requisite infrastructure to hand out aid efficiently and safely. Other than these, Bayanihan 3 is already quite comprehensive.

You’d think aid at this scale should have been incorporated in the 2021 budget, what with the staggering extent of economic misery.

Rather unsurprisingly, though, Duterte and his economic managers failed to put enough aid in the 2021 budget proposal they submitted to Congress last year. The total budget, P4.5 trillion, is only 10% larger than the 2020 budget, and lawmakers couldn’t have added more to that sum even if they wanted to.

Moreover, budget increases went largely to infrastructure projects (rather than health or aid), and Congress did little to remedy such misguided priorities — a fact that may have something to do with the upcoming 2022 elections. (READ: In 2021 budget, Duterte funds dubious infra projects, not vaccines)

The end result is a 2021 government budget that leaves most Filipinos in the lurch. The Duterte government is refusing to help Filipinos in much the same way a depraved ship captain refuses to throw lifesavers at his drowning passengers.

We can see this in the data, too. Figure 2 shows that the Philippines has one of the weakest fiscal responses to the crisis in ASEAN: last year our economy shrank by 9.6%, but our government’s fiscal response was only 3.4% of our national output.

In sum, Bayanihan 3 would help fill the huge gaps in the 2021 budget.

Impossibly large though that may seem, P1.3 trillion is in fact much closer to the needs of the economy, which lost at least P1.84 trillion last year (P3 trillion assuming it would’ve grown by 6%). At any rate, ARISE Philippines would have been a much more sensible fiscal response than Bayanihan 1 or 2. (Figure 3).

But Duterte’s economic team thumbed down Arise Philippines hard, claiming it was “not fundable.” They feebly reasoned that government can’t obtain that much money (not true), and that borrowings from local credit markets as well as multilateral agencies (the World Bank, Asian Development Bank, etc.) “do not qualify as additional revenues” (also not true).

If government really had little money to spare, why did the economic managers still aggressively push for the Create bill, a corporate tax cut expected to hemorrhage the public coffers even more?

Frustratingly, they’re not quite done scrimping.

Weeks ago, amid calls for Bayanihan 3, NEDA chief Karl Chua insisted that they’d much rather reopen the economy. But, obviously, reopening the economy isn’t as simple as they originally thought. (READ: New surge? Duterte reopened economy too quickly)

The economic managers also say we need to focus instead on spending the moneys left in the 2020 budget and Bayanihan 2, both of which have been extended.

But apparently the new round of aid for the “NCR Plus” bubble has already depleted Bayanihan 2 funds. And to authorize more spending Budget Secretary Wendel Avisado is now thinking of a fresh round of austerity measures — similar to what they did last year.

If only they did their homework properly, they wouldn’t be cramming now.

Public clamor for aid is growing, and sooner or later Duterte’s economic managers will have to give in to Bayanihan 3.

Although Congress went on break until May 17, there are calls for a special session to expedite the passage of Bayanihan 3. Encouragingly, more and more lawmakers seem to be on board. Heck, even the boxing senator already has a counterpart relief measure amounting to P335 billion, which might later be merged with Bayanihan 3.

Duterte himself could help things along by certifying Bayanihan 3 as urgent. But that’s probably a huge ask for someone busy proving to the people he’s still alive.

At any rate, whatever happens to Bayanihan 3, we also need to keep an eye out for the 2022 budget. With elections coming up, aid will be politicized for sure. But the trick is to ensure that aid keeps flowing well after the elections. Our economy’s survival hinges on it. – Rappler.com