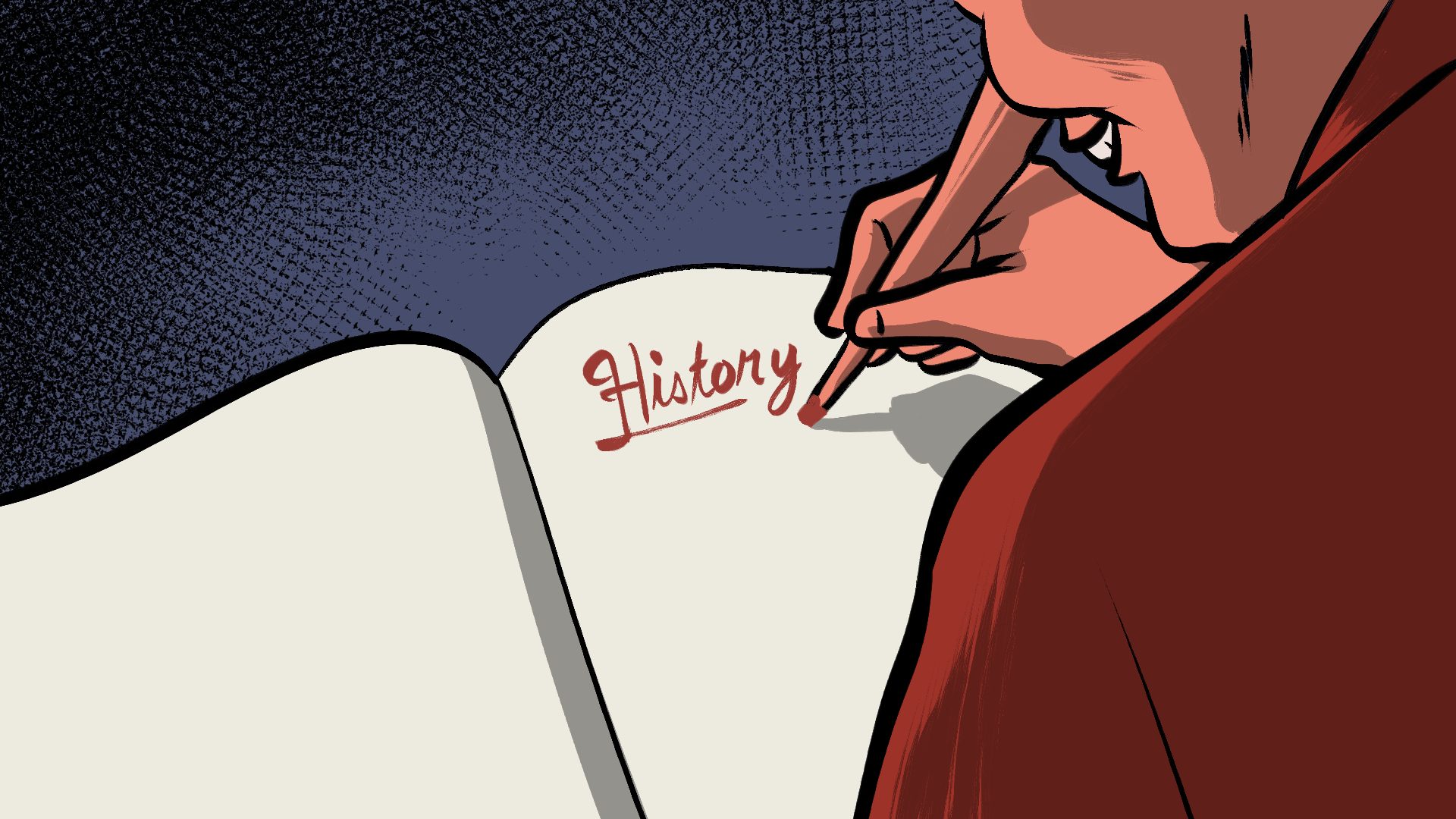 After lapsing into silence for 18 years about a criminal past and getting off with a mere apology, ex-President Gloria Arroyo has sprung back with a memoir that falsifies history.

But before I proceed, some context.

The practice in question, invariably undertaken by, or for, bad guys of history, is called historical negativism or denialism. But it tends to be oversimplified and generalized, thus misrepresented, as historical revisionism, itself a perfectly legitimate practice.

Historical revisionists offer new evidence or a new interpretation of a historical account based on fresh findings, thereby raising a fair challenge to an accepted or dominant view. It is surely in that light that these falsifiers prefer to be seen, for it provides cover for their willfully malignant act.

I say let’s call it like it is: falsification of history.

Back now to our subject falsifier.

Why do it at all, and why do it at this time? It could not have been lost on Arroyo that this is the age of untruth – an age inspired and encouraged by a technology that allows the dissemination of information at a rate too fast and a reach too wide for effectual fact-checking.

Juan Ponce Enrile may have been among the first to recognize the opportunity. Having been defense secretary in the martial-law regime of Ferdinand Marcos (1972-1986) and a coup plotter against him in the end, he definitely needed deodorizing. In 2012, at age 87, he published his memoir, 754 pages, and, like anything about anyone of note, bad guy or good, it got, and still gets, mentioned online.(READ: Enrile’s tale: Hypocrisy and contradictions)

But whether any mention of his memoir has done Enrile any good is another matter – its self-serving purpose is all too clear, after all. Anyway, there was an early commentary whose humor and subtlety did not need words, yet, by what I’ve seen online or on any other platform, remain unmatched: the commentator moved Enrile’s memoir to the bookshop’s fiction section, took a picture of it there, and sent the picture around.

But by far the most vigilant and relentless of these falsifiers are the Marcoses; they’re always on the watch for accounts that don’t suit them and has an entire falsifying industry to deal with the problem.

Indeed, Ferdinand Marcos set the tone and standard for the dubious art. His dictatorial reign churned out propagandistic volumes intended obviously to preempt history. If those were all you read he would be to you not the murderer and plunderer he was, but a hero. In fact, the fiction was legitimized in the Duterte presidency when its Supreme Court allowed Marcos to lie in the same hallowed grounds as the nation’s authentic heroes.

Today, Ferdinand Jr. carries on the legacy. He has to, especially since he’s running for president and, therefore, cannot afford to be caught being truthful. So, he pleads ignorant of his father’s crimes and lies about his own. And, lest he be caught in any further lie, he pleads dumb, too.

Naturally, being kindred birds, the Enriles, the Marcoses, and the Arroyos flock together in the same political band.

Gloria Arroyo’s own memoir has just been published, in print, although presumably it also will be made available online, in a form designed for the mass audiences mindlessly attracted to it. In any case, the memoir has begun to be propagated on all media platforms, online included, through news reports picking parts from it, among these, most predictably, the rigging of the vote that made her president in 2004.

“In the long run, it’s better to own up to one’s self-inflicted error…a lapse in judgment,” she tells the press in interviews occasioned by her memoir.

She did say sorry then, and, with that, escaped prosecution and went on to serve her undeserved presidential term. She now says she did not cheat to win. What, then, did she cheat for? That’s the problem with falsification – how to keep it clean and sensible.

But what trick of falsification can really erase evidence screaming across history? Gloria Arroyo was caught on tape, for god’s sake! She was caught reminding an election commissioner in a phone conversation of their deal: a lead of a million votes, at least, to preclude an electoral dispute. She was also caught sneaking a slush-fund manager and replacement troops led by a loyalist general into the site of the rigging operation.

A lapse in judgment? It looks more like a plot. If there’s one lapse in judgment Arroyo might be able to plead credibly, but regret honestly having fallen into, it is titling her memoir “Deus ex Machina.” With it, she gives herself away.

“In realpolitik, there’s no deus ex machina. But, for those who trust in the Lord, there is, and it’s called Divine Providence,” she says, and proceeds to further incriminate herself. “Divine Providence has played such an important role in my career, and I refer to it in several instances in the memoir, interchangeably with the…term deus ex machina.”

Divine Providence is a self-operating phenomenon; it is, indeed, God itself. Deus ex machina, on the other hand, is a cheap human contrivance; it is used for playing god. Originally a last resort for dramatists of Ancient Greece whose imagination had run dry, deus ex machina is excusable only in fiction, not in memoirs, unless they’re one and the same. – Rappler.com