[Science Solitaire] No template for a male or female brain 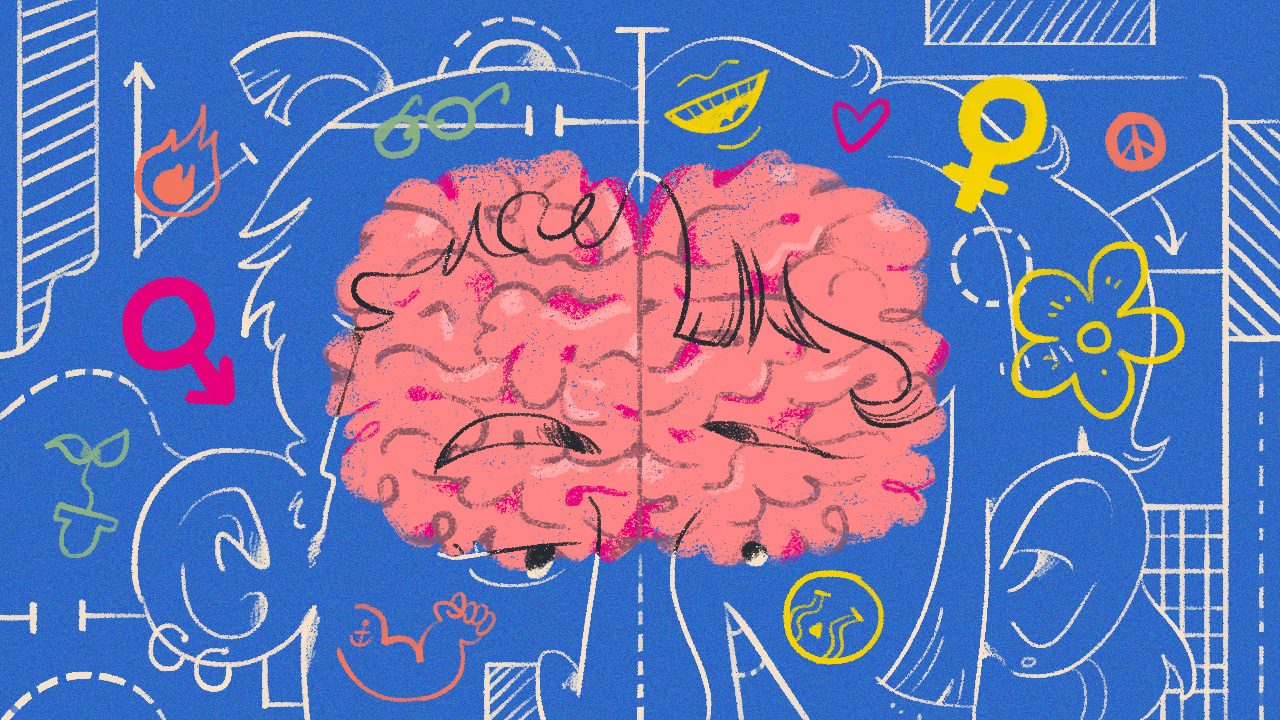 Facebook Twitter Copy URL
Copied
'So many jokes, memes, and sitcoms have exploited these seemingly sex-defined differences and yes, a lot of scientific brain studies have put this to the test'

It is a no brainer – women and men behave differently. We can observe this in everyday life, and these have been documented in countless studies. But do these differences exist because males and females have two distinctly structured and shaped brains?

So many jokes, memes, and sitcoms have exploited these seemingly sex-defined differences and yes, a lot of scientific brain studies have put this to the test. While differences in behavior was the running theme of jokes and sitcoms, it is largely assumed that these differences exist because there is such a thing as a female brain and a male brain.

In the last 30 years or so, tools have emerged to enable researchers to actually peer at, not just brains out of their skulls, but also living brains engaged in activities. These have produced research that have usually hugged the headlines touting what they have found to be very different in the female or male brain.

A recently published study of studies – a meta-analysis – which, in this case, is a review of 30 years’ worth of neuroscientific studies (whether it was picked up by the media or not when the studies were published) on sex and the brain, has come out, And this was the verdict: there is NO such thing as a female or male brain.

This means that no one can look at a brain – its structure and regions – and tell whether it is male or female.

Here are some of the many myths that the meta-analysis has debunked in its review:

The five above are just a handful of the many things that this “mother” of all studies on sex and the brain have debunked. The only thing that remained true is that males generally have larger brains than women, but that did NOT account for better hardware for thinking. If larger brains meant more intelligence, elephants and whales would be winning Nobel Prizes.

But we all know that differences between how men and women behave exist. This is why jokes on this topic gloriously work. This big study tells us that it is NOT because we have female or male brains because there is NO such thing as template for a male or female brain.

While your “outer” sexual indicators are accessible the moment you are visible in ultrasound, your brain, as it turns out, is unique and cannot be caged into the binary sex you are assigned, in terms of your reproductive organs. “Sex” is NOT the fundamental scaffolding of the human brain.

But the “brain” and the “mind,” while dependent on each other, are shaped differently. While our brains are like the hardware that are fixed by the plans of the manufacturer (nature), the mind is like software that will be coded by nurture and how we respond to it, and gets to be part of its coding.

Now we know that even if the differences between how men and women behave are real, their brain structures are not the ones responsible for those. We now turn to the most likely suspect for this difference – “nurture.”

This means that if you were born “male,” the list of traits mainly perceived as manly – “supreme emotional control,” “decisiveness,” “logical” – were not because of the soft tissues of gray and white matter in your male brain. They were coded by the actions and accidents that happen in your life and how you have responded to them.

This means that if you are a woman, “pink” was not your preferred color in the color wheel in your brain when you were conceived and born, but you learned it. It meant that “housewife” is not an organic role that your brain defined for you but something that has evolved by sleight of culture’s hand, whether via whim or will.

This mind-blowing study makes us realize that the traits we have been taught to perceive as “male” or “female” are in a mosaic play in each of our brains, not necessarily guided by the dictates of our reproductive system.  There is no template for a “male” or “female” brain.

Knowing this now, I again revise my notion of “history.” My last revision was that HIS-tory is an impoverished half of the tale and that HER-story completes it. Now that we know that the brain does not really come in two forms alone but in as many forms as the ones who possess these brains, the past, present, and future stories of humankind make a lot more sense in its complexity.

The story of the human brain is not a tale of either being male or female, but is a “choose your own adventure” kind of journey. Over 7 billion living adventures and counting! – Rappler.com

Maria Isabel Garcia is a science writer. She has written two books, Science Solitaire, and Twenty One Grams of Spirit and Seven Ounces of Desire. You can reach her at sciencesolitaire@gmail.com.