Facebook Twitter Copy URL
Copied
'As one NGO activist has noted, this is like when a house is already burning, and instead of putting out the fire now, the firefighter will set up a meeting in a week’s time to discuss how fires like the one ongoing are to be taken out'

The UN Framework Convention on Climate Change (UNFCCC) 26th Conference of the Parties (COP26) just ended in Glasgow, Scotland, and while the final agreement is not yet available in the UNFCCC website, we have a glimpse of the document that was discussed in the final plenary.

This exercise will specifically highlight which part of the decision is useless in the context of taking real action now, and to point out where countries and governments need to be held accountable further. On science and urgency

Stresses the urgency of enhancing ambition and action in relation to mitigation, adaptation ,and finance in this critical decade to address the gaps in the implementation of the goals of the Paris Agreement

The useless part here is the “in this critical decade,” which cries out a big WHEN? Most likely this will be by 2030 if governments are not pressed harder for a specific date for their delivery of this commitment.

Instead of deciding on the global goal on adaptation in this COP26, parties to the UNFCCC decided to kick the can down the road and proposed instead a process to discuss what it can be. The language would have been more convincing had it mentioned that this goal will be adopted after two years. This will most likely become another useless process that will end up in more blah blah blah in two year’s time.

Urges developed country Parties to urgently and significantly scale up their provision of climate finance, technology transfer, and capacity-building for adaptation so as to respond to the needs of developing country Parties as part of a global effort, including for the formulation and implementation of national adaptation plans and adaptation communications;

It’s a good start that the words “urgently and significantly scale up” language is present, but this is rendered useless by the lack of a specific date for when this will happen.

Decides to establish a work program to urgently scale up mitigation ambition and implementation in this critical decade, and requests the Subsidiary Body for Implementation and the Subsidiary Body for Scientific and Technological Advice to recommend a draft decision on this matter for consideration and adoption by the Conference of the Parties serving as the meeting of the Parties to the Paris Agreement at its fourth session, in a manner that complements the global stocktake.

As one NGO activist has noted, this is like when a house is already burning, and instead of putting out the fire now, the firefighter will set up a meeting in a week’s time to discuss how fires like the one ongoing are to be taken out with more training, equipment, etc. Compared to the two-year process on the global goal on adaptation, this one is worse, since it only discusses mitigation “ambition,” not even “action.” Even if it says “urgently” up front, within a firm date, it’s still useless.

Calls upon Parties to accelerate the development, deployment, and dissemination of technologies, and the adoption of policies, to transition towards low-emission energy systems, including by rapidly scaling up the deployment of clean power generation and energy efficiency measures, including accelerating efforts towards the phase-out of unabated coal power and inefficient fossil fuel subsidies, recognizing the need for support towards a just transition.

This is the paragraph that was amended orally on the floor, which as per news releases, changed the word here on “phase-out” to “phase-down.” meaning coal-fired power plants will not be totally eliminated. Again, without any firm timelines, this is useless.

[OPINION] While governments move away from fossil fuels, Japan clings on to dirty coal and gas 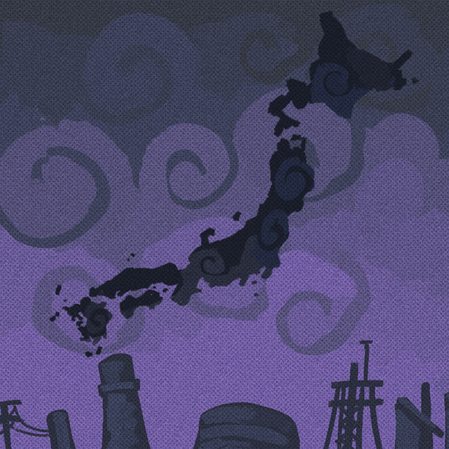 Finance, technology transfer, and capacity-building for mitigation and adaptation

Notes with deep regret that the goal of developed country Parties to mobilize jointly $100 billion per year by 2020 in the context of meaningful mitigation actions and transparency on implementation has not yet been met, and welcomes the increased pledges made by many developed country Parties and the Climate Finance Delivery Plan: Meeting the $100 billion goal and the collective actions contained therein.

While there is remorse in this paragraph with the words “deep regret,” the penance which should wipe this out is “increased pledges” – more promises, actually, with no real money committed here at COP26 to make sure that all these grandiose intents to do something will truly happen. There is, however, para. 46 that somehow is a concession:

Urges developed country Parties to fully deliver on the $100 billion goal urgently and through to 2025 and emphasizes the importance of transparency in the implementation of their pledges;

But this will happen “through to” 2025, which is entirely unclear. This could mean that they will work on this amount and fully deliver on it “through to” 2025, which could mean 2025 is just the year that they will start delivering on this. It would have been clearer had the word used was “by” or “on” 2025, then we will know for sure that 2025 is the deadline on which this old 2009 promise shall have been delivered.

Emphasizes the need to mobilize climate finance from all sources to reach the level needed to achieve the goals of the Paris Agreement, including significantly increasing support for developing country Parties, beyond $100 billion per year;

While paragraph 44 talked about an old commitment dating back to 2009, para. 43 seeks to go beyond the $100 billion old commitment, thus the word “beyond.” When this will be delivered is tackled in para. 45:

Calls upon developed country Parties to provide greater clarity on their pledges referred to in paragraph 44 above through their next biennial communications under Article 9, paragraph 5, of the Paris Agreement;

The problem with this is that this will not happen immediately, since they will still communicate what will happen to their pledge – so again, another bureaucratic process that postpones actual action further down the road.

Reiterates the urgency of scaling up action and support, as appropriate, including finance, technology transfer, and capacity-building, for implementing approaches for averting, minimizing, and addressing loss and damage associated with the adverse effects of climate change in developing country Parties that are particularly vulnerable to these effects;

By now we shall have realized that the word “urgency” is useless without any firm timelines.

There is however an entity set up to deal with loss and damage, the Santiago Network on Loss and Damage, which is basically another discussion platform, but this time, the Parties agreed to provide it with funds, but as to when, again this is not clear:

Decides that the Santiago Network will be provided with funds to support technical assistance for the implementation of relevant approaches to avert, minimize, and address loss and damage associated with the adverse effects of climate change in developing countries in support of the functions set out in paragraph 9 of decision -/CMA.3.

Now that we know what our representatives have agreed to in Glasgow COP26, it is up to us to demand real, definite, and immediate action TODAY, not tomorrow. – Rappler.com

He now practices law in General Santos City, and this piece will also appear in the blog of the Passionist Center-Justice, Peace, and Integrity of Creation, Inc. (PC-JPIC).