Facebook Twitter Copy URL
Copied
'My fearless forecast is that when the trolled hate has dissipated...a clear-eyed assessment of [PNoy's presidency] will reveal it as one of the best (if not the best) in Philippine history'

At last Sunday’s memorial mass hosted by the US Filipinos for Good Governance for President Benigno Aquino III, I was struck by the relevance of the three Bible readings. They were regular Sunday scripture but seemed tailor-made for the person being remembered. The Gospel passage proclaimed: “A prophet is not without honor except in his native place.”

I imagined PNoy during his final hours – alone in his Times Street bedroom. He asked his faithful Yoly to prepare a meal of crispy pata, sisig, and hamburger. For someone who skipped dialysis for several days and was waiting for a kidney transplant, this was a most unhealthy request. What was PNoy thinking? Did he have a premonition that the end was near and he wanted to savor his favorite fare one last time?

His close friends intimated that PNoy died “broken-hearted” – not romantically, but in his love affair with the Filipino people, whom he believed “were worth not just dying for but fighting for.” The country was much, much better off in 2016 than when he found it in 2010. Yet by 2019,  the political winds had clearly turned. So it was but human to feel frustrated, misunderstood, and underappreciated – just like the prophet referred to in the Gospel passage.

During his last moments, I fervently wish PNoy felt the “sufficient grace” described in Sunday’s second reading, and like the Apostle Paul found contentment with the “weaknesses, insults, hardships, persecutions, and constraints [he endured], for the sake of Christ.” In his final agony, I earnestly hope he was embraced by our Lord’s strength.

In paying tribute to PNoy, many would preface their accolades by saying, “He was not perfect but…” The phraseology is misleading. It gives the impression that there have been perfect leaders. The inspiring English Prime Minister Winston Churchill made mistakes. The revered American President John F. Kennedy committed his fair share of indiscretions. Yet their legacies are safely ensconced and fondly remembered. My fearless forecast is that when the trolled hate has dissipated and the funded fanaticism loses steam, a clear-eyed assessment of the Presidency of Benigno Simeon Cojuangco Aquino III will reveal it as one of the best (if not the best) in Philippine history. 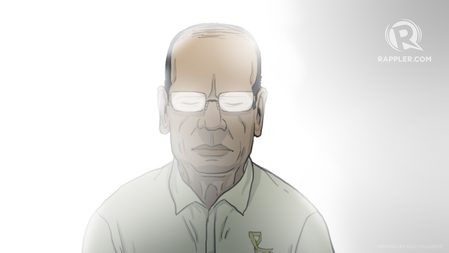 “Numbers don’t lie.” The cliche may be overused yet it remains logically sound. Accurate figures present an objective standard by which performance can be measured. And on this score alone, the PNoy administration was a clear over-achiever.

Private investments flourished throughout his six-year presidency, with an annual average growth rate of 14%. Investment was the main Gross Domestic Product (GDP) driver as opposed to consumption-dominated economic growth.

Our standing in various international rankings improved dramatically, jumping from 85th to 47th in the World Economic Forum Competitiveness Report, while climbing 39 and 45 places in the Heritage Foundation Index of Economic Freedom and the World Bank Ease of Doing Business Report, respectively.

PNoy’s administration was fiscally prudent. It reduced debt as a percentage of GDP to a historic low of 44.8% by 2015. In other words, the country did not borrow as much then as compared to previous and current administrations.

[ANALYSIS] PNoy’s legacy: We were no longer the ‘sick man of Asia’ The Philippines’ historic first-ever investment grade was achieved in 2013 and subsequently, 24 positive credit ratings actions – earning the title of the world’s most upgraded sovereign. The savings from less debt service payments resulted in more resources being allocated for anti-poverty programs.

Inclusive growth not only trickled down but gushed towards those in need.  The Pantawid Pamilyang Pilipino Program (the 4Ps cash assistance) rescued 7.7 million from poverty.  Starting with 800,000 family beneficiaries in 2010, the number rose to 4.4 million families in 2016. Poverty incidence fell significantly from 19.7% in 2012 to 16.5% in 2015 — the steepest drop since the 1990s.

The budget for social services was nearly tripled with universal coverage of health insurance widely expanded. 82,000 classrooms were built and 200,000 teachers hired. The unemployment rate plummeted to a record low 5.8% in the first quarter of 2016.

Motoo Konishi, who served as the World Bank’s Japanese country director to the Philippines from 2012 to 2016, wrote an impartial op-ed about the Aquino’s administration’s socio-economic accomplishments and zeroed in on probably his greatest legacy: “[T]he President’s unwavering devotion to the Filipino people, to improving their lives, and to retake the position of Philippines as a nation to be proud of and a nation that will succeed and excel in Asia.… Bravo for the pride that you have brought back to the Filipino people.”

Many believe that PNoy’s mission has been accomplished. I beg to differ.  Just like his parents, his life may derive its ultimate meaning from death.  He died on June 24, the feast of John the Baptist, whose life’s mission was to “prepare the way…” Archbishop Socrates Villegas’ stirring funeral homily declared: “The flags at half mast are not only for the dead President but for the dying, decent governance…. Maybe and I do hope (that) his death will spark another fire within us to resurrect his example of decency and integrity.”

[OPINION] 2022 is PNoy versus Digong: Decency versus loudmouth braggart Let me return to last Sunday’s first reading. The Prophet Ezekiel was sent by the Lord to confront “ancestors [who] have revolted against me to this very day – hard of face and obstinate of heart…. And whether they heed or resist –for they are a rebellious house – they shall know that a prophet has been among them.”

Indeed, whether or not we are transformed by the eloquent message of his life, history shall recognize that a prophet has been among us. Salamat PNoy! – Rappler.com

Andres D. Bautista served during the Aquino administration as chairperson of the Presidential Commission on Good Government (2010-2015) and the Commission on Elections (2015-2017)