When my father voted for Duterte in 2016, I was disappointed. Nonetheless, I simply rationalized his choice as a not so well-informed decision, and that, like many others, he was duped into thinking that Duterte will bring about the change the country needs. In short, naduterte. And as Duterte’s incompetence and lack of vision became clearer, I watched closely for any changes to my father’s opinion of him.

I was, again, disappointed. I have never imagined that my father, a quiet man who keeps to himself, has very strong political views. When he shared a meme supporting a hero’s burial for the late dictator Marcos, I was furious. Such utter disrespect for the thousands who suffered human rights abuses under Martial Law is contrary to everything I was ever taught. I probably felt the same rage that overcame Scout Finch in Harper Lee’s Go Set  A Watchman, when she discovered that her father, Atticus Finch, the fictional progressive lawyer introduced in Lee’s earlier Pulitzer Prize-winning book, To Kill a Mockingbird, was a segregationist once involved with the Ku Klux Klan.

Discovering an ugly truth about those we love can feel too much to bear, and the urge to look away is powerful. But I decided not to give up. For the last five years, I made it my life’s mission to change my father’s mind. I bombarded him with information, lectured him about the West Philippine Sea (highlighting I was part of the Philippine legal team in the arbitration to appear more authoritative), appealed to his emotion (“Do you not feel sorry for the victims of tokhang who are but minors?”), and tried to simplify the conversation (“How can you still like Duterte when he cursed at the Pope?”).

When all these didn’t work, I changed tack. I resorted to stealth tactics in my desperate attempt to curtail his exposure to pro-Duterte content. I clandestinely got rid of unwanted TV channels and blocked all propaganda on his social media.

Despite my machinations, my father didn’t budge. While he takes pride in my being a lawyer, he doesn’t subscribe to my views on democracy or the rule of law. My attempts to convert him have proven futile. He was not the type to be intimidated by someone whose Ivy League education he considers elitist. I discovered that the power of persuasion depends less on the facts at one’s disposal but more on one’s capacity for empathy, that is, the ability to understand what the other person feels, to look at an issue from their perspective, detached, at least to some degree, from one’s rational and emotional construct. Empathy begins with trying to figure out why rational people would hold a different opinion. What information do they care about? What life experiences might lead them to disagree with you?

My father had once recounted how life had been hard for him as a child. He, along with four siblings, grew up in the mountains of Camarines Norte. Their mother died when he was only 12 years old, and their father, a coconut farmer who lost his hearing at a young age, single-handedly raised them. He recalled how, under threat of force, members of a rebel group would take their hard-earned produce. To him, these rebels are nothing but terrorists who prey on the weak, and their suppression is fully justified.

Reacting to the news that many Filipinos still refuse to get vaccinated, my father couldn’t hide his annoyance. “The problem in the Philippines is there’s too much democracy. What we need is a dictator,” he muttered. He went on to lament that our hometown, a fifth-class municipality in Camarines Sur, still lacks its own source of potable water — to this day — because local leaders have always come from different political parties and could not agree on a unified policy.

I was tempted to argue that the problem of the armed struggle in the Philippines is quite complex and cannot be resolved by force alone. But how was that going to sound, coming from someone who has never had to deal with such a traumatic experience? Imagining how terrified my father must have been during those times, I restrained myself. Instead, I listened, validated his emotions, and acknowledged the wrong that he suffered. I was surprised that the conversation ended with him being more open to admitting that addressing the root cause of the problem would more likely lead to lasting peace. 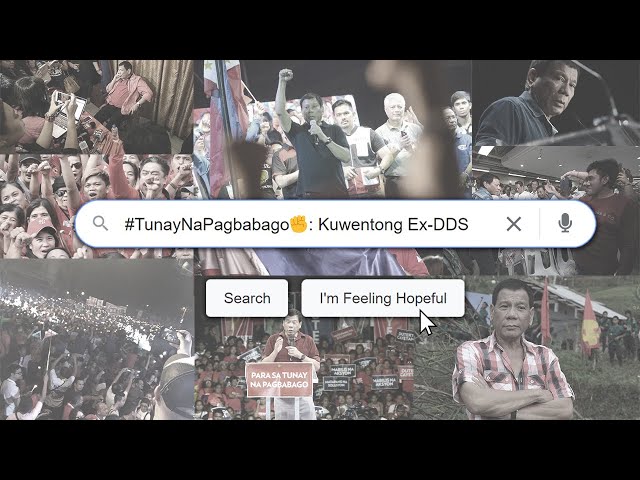 I could have readily countered with an elaborate explanation of checks and balances, but this disenchantment with the democratic model of governance is not unfounded. Even in the US, a whopping 80% of Americans think the system needs major changes. One can imagine the frustration of many as US President Joe Biden failed to secure his signature climate change and social policy bills last month, and, most recently, the voting rights protections bill — all thanks to the filibuster, an arcane maneuver that lets a minority block legislation that cannot get 60 Senate votes.

I realized that acknowledging the opposing side helps strengthen one’s argument by showing that one has thought deeply about the issues and is not simply ignoring other viewpoints. By being honest about the flaws and imperfections of the ideals we advocate for, we appear more credible and are better able to persuade.

Recently I learned that my father intends to vote for Leni Robredo after all because “she’s a Bicolana.” He thinks that if Leni wins, there’s a higher chance that the longstanding proposal for the construction of a highway directly connecting our small, obscure town to Naga City will finally get a green light. This highway is expected to facilitate trade and thus create jobs for our kababayan. One could say his reason sounds parochial. But it could also be interpreted as an expression of hope that someone who came from the same region can better empathize with its constituents. Former US President Barack Obama has said, “The biggest deficit that we have in our society and in the world right now is an empathy deficit. We are in great need of people being able to stand in somebody else’s shoes and see the world through their eyes.”

Indeed, the power of empathy is extraordinary. It leads to a higher chance of building trust and helps us relay information in a way that best reaches the other person. To be sure, it is easier to persuade someone who feels understood and acknowledged than someone who is made to feel stupid or evil for their views.

As Election Day approaches, it is worth keeping in mind that the most obstinate Duterte or BBM supporter may be impervious to facts, but they just might soften to a genuine showing of empathy. – Rappler.com

Graciela Base is a lawyer who currently works at an international organization. She earned her JD from the UP College of Law and LLM from Yale Law School.