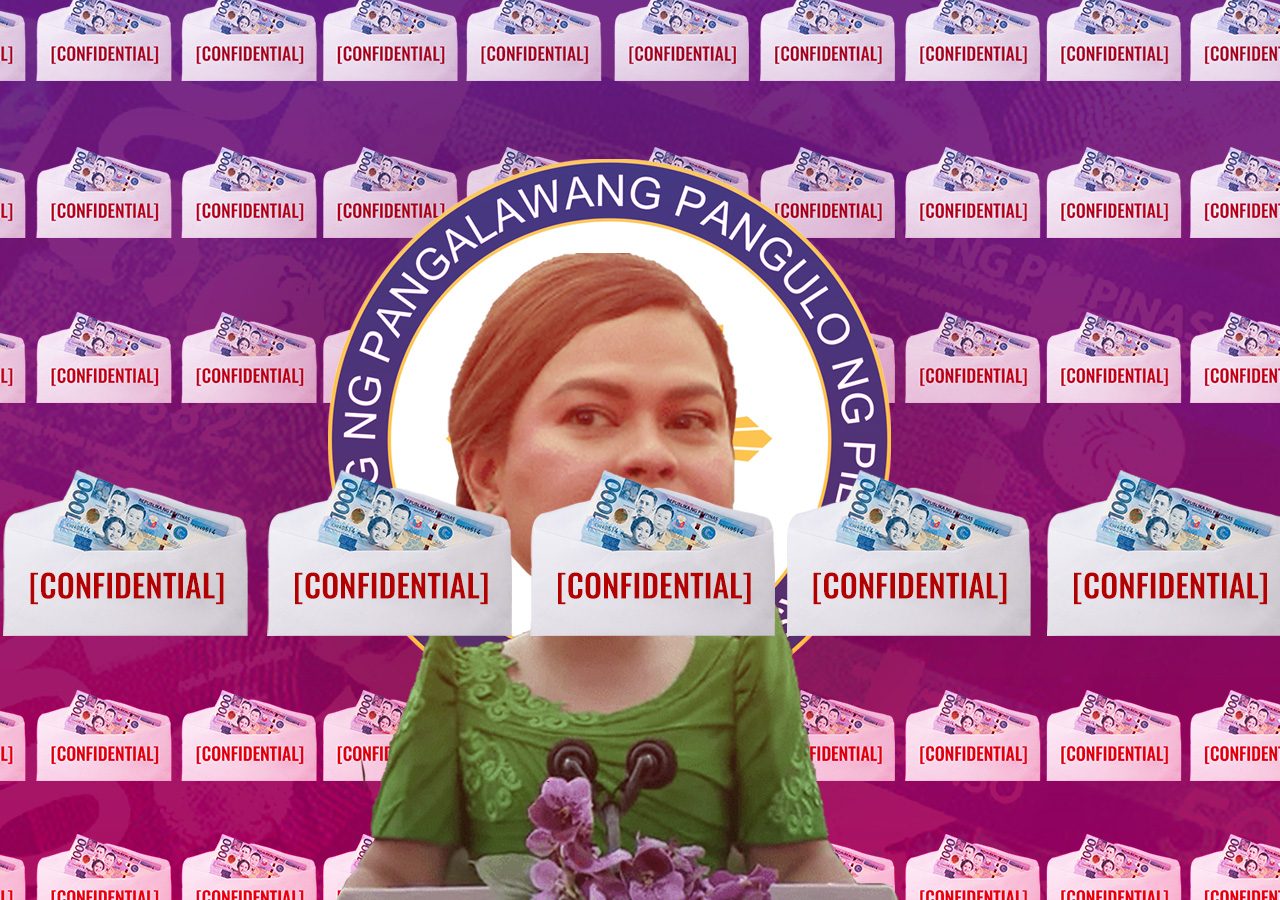 Facebook Twitter Copy URL
Copied
For the record: the Office of the Vice President has NEVER been funded ever with confidential funds not subject to audit

For the ordinary layperson to fathom the enormity of her confidential funds, here’s what it means: it’s like spending P1.4 million every day while average Filipino families with five members only have P279.30 per day for food, or P18.62 per meal per person.

And here’s more for the ordinary person on the street to fathom: the P1.4 million you can spend every day is spent without showing ANY receipt. That is why the Commission on Audit cannot even audit how this titanic amount will be spent. It is exactly akin to giving the money to the government agency gratis like a blank check.

For the record as well: the Office of the Vice President (OVP) has NEVER been funded ever with confidential funds not subject to audit. Prior to this, it was zero.

Yet the more Sara’s spokesperson opens his mouth on how the money will be spent, the more his principal dumbfounds on what she will do with the money.

“The P500-million ‘confidential expenses’ will be used for programs related to peace and order, and national security.” In his press briefing, the spokesperson is reduced to an apologist before a probing media. In other words, the principal herself cannot even face media to justify. That is a behavior peculiar to the Dutertes. Immediately one sees the problem of accountability.

Peace and order, and national security – that sounds like the OVP has been reengineered to become the Department of National Defense, the agency that Sara had aspired for but was not granted to her.

Why peace and order, and national security? “We have livelihood projects that will be implemented in conflict areas.” Conflict areas? Say that again? Assuming the conflict areas are in Mindanao and Sulu, that is only 24.1% of the national population. Surely the Vice President will not use the confidential funds against China where it has occupied some of our Spratly territories. Like her father, she has been on friendly obeisance to China.

Peace and order is peculiar to the Department of the Interior and Local Government (DILG) under which is the Philippine National Police. National security is rightfully the turf of the Office of the President, the president being the commander in chief. But the Vice President?

Let’s make a rundown of the items that the joint circular of the Commission on Audit, the Department of Budget and Management and the DILG had stipulated for confidential funds under Joint Circular No. 2015-1: purchase of information relevant to national security and peace and order, rental of vehicles used for confidential activities, rental and maintenance of safe houses, purchase and rental of supplies and equipment for confidential purposes, payment of rewards to informers, money to uncover or prevent illegal activities that pose a clear and present danger to the agency, its personnel and facilities.

In a cloak-and-dagger operation, those are standard procedures. Confidential funds are lump-sum funds used for surveillance activities. That is what the COA-DBM-DILG joint circular says. What does surveillance have to do with the mandate of the Office of the Vice President? Is the OVP now being transformed into an office according to the whim and fancy that she did not get by appointment? Isn’t she usurping the functions of other national government agencies?

The proclivity for humongous confidential funds was also a Davao City practice during her and her father’s tenure. No one in that city questioned it, much less the members of the city council who were expected to be Duterte acolytes. This is the same Sara who was once flagged by the COA for having 11,000 ghost employees. This is the same Sara, who former Rodrigo Duterte hitman and extrajudicial killing whistleblower Arturo Lascañas said, continued the reward payments for PNP cops and hired killers when she inherited city hall from her father.

Lack of transparency in the use of public funds has been cited by Transparency International’s 2021 Corruption Perception Index to be one of the Philippines’ problems, the reason why the country further slid down to 117th place among 180 countries. Sara’s huge budget for 2023 includes a program she calls Good Governance. Nowhere under that program are there drives for anti-corruption, transparency, equity and inclusiveness, accountability. Instead, it has for its projects a Medical Assistance Program and a Burial Assistance Program, both of which any barangay in the country can easily do.

That public funds get into the private pockets of politicians is common knowledge. Do we need rocket science to know that? A dynastic family has no moral ascendancy to justify confidential funds when it does not have a clean record. Having numerous bank accounts, including dollar accounts, with huge transactions is no moral ascendancy to manage taxpayers’ money. Cornering so many franchises of the 7-11 convenience store brand suggests something other than good governance.

Sara could have retooled herself as an anti-corruption crusader in preparation for her 2028 run for the presidency. She chose to worry about terror threats. The real threat is corruption. – Rappler.com