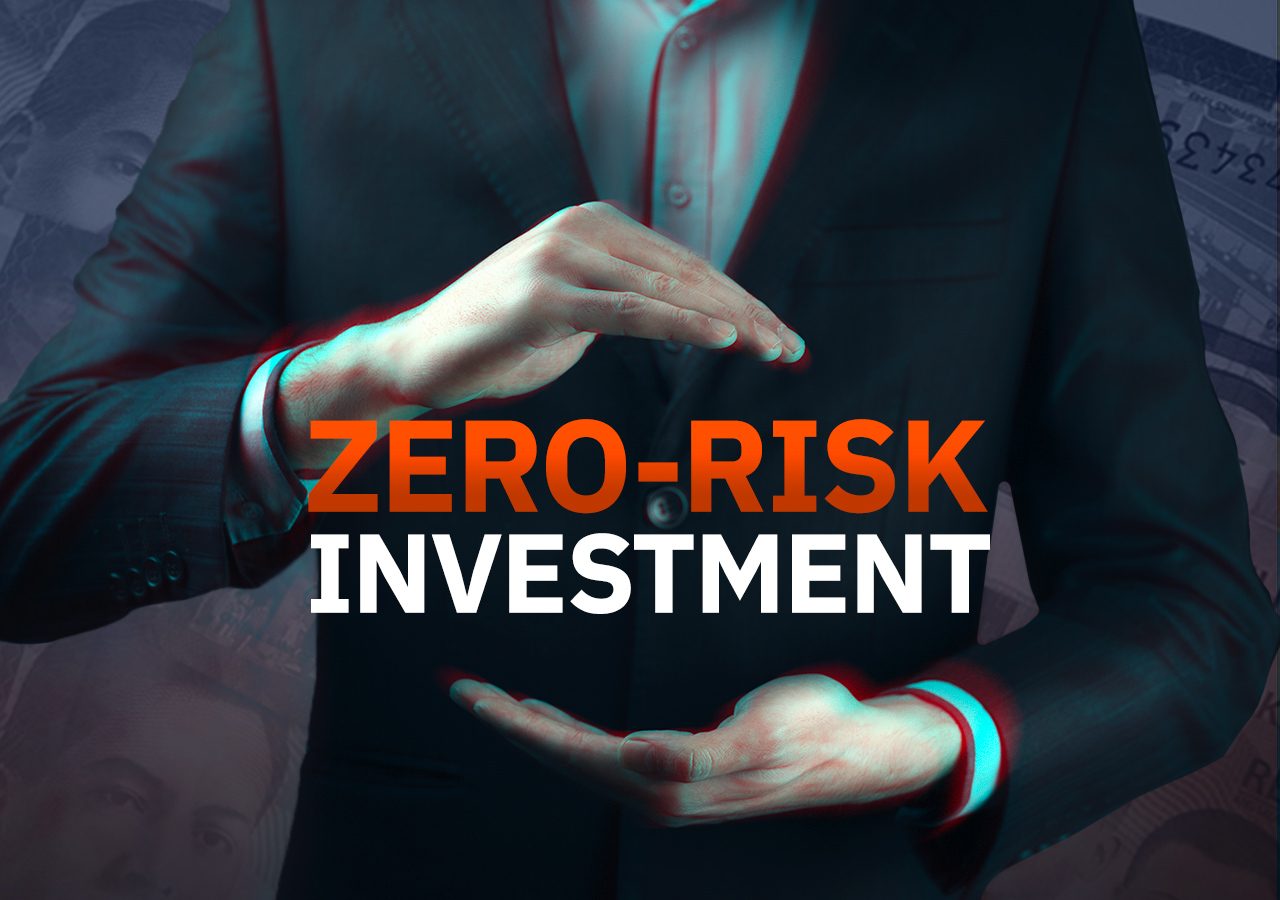 Facebook Twitter Copy URL
Copied
In a centralized economy, the fallout from a bad decision made by the dominant decision-maker will affect the entire economy

Zero-risk. This is how House ways and means committee chairperson and Albay Representative Joey Salceda is selling House Bill (HB) No. 6398, which proposes to create a sovereign wealth fund named by its proponents as the Maharlika Wealth Fund (MWF).

Salceda’s words carry a lot of weight, but if I may, I would advise him to rein in his exuberance. Because of his stature as a competent economist, the public may take him at his word, hook, line, and sinker.

Why does his pronouncement matter? Before occupying a congressional seat, he was voted by foreign fund managers in Asiamoney’s Annual Survey as “best analyst” in 1995 and “best economist” for four consecutive years, from 1993 to 1996. Salceda has carried to Congress his wealth of experience from the financial markets and the field of economics.

Is there such a thing as a zero-risk investment?

According to renowned economist Milton Friedman, there is no such thing as a free lunch. This refers to something that appears or is touted to be free, but which comes with a hidden or implicit cost to someone, even if that individual is not the actual beneficiary.  A zero-risk investment is akin to a free lunch. There is no such thing. In investing, nothing is guaranteed. An investment is a financial asset that may generate future cash flow. All financial assets carry some degree of risk – the danger is that they can drop in value or turn into something worthless.

There is always that inherent risk when you place your money in any investible instruments no matter how good or competent your fund manager is. Investments are susceptible to market and political volatility. A market crash or political upheaval could easily wipe out billions of dollars in the wink of an eye.

Geopolitics – the Russian invasion of Ukraine, for example – has already weighed down on global finance, wreaking havoc on oil and foreign exchange markets and causing inflation, joblessness, and heightened crime rate. And who would have thought that a virus could bring down even the world’s greatest economies to their knees?

By and large, investments are categorized as  either low risk or high risk. High-risk investments yield higher returns. It’s just like placing a bet in a horse race.  The greater the odds  in favor of a horse winning the race, the smaller the returns are, and vice versa. What I am driving at is the fact that no investments (or bets, if you will) are without risks. There would be more millionaires and billionaires in the world if Salceda’s investment wisdom is infallible.

Salceda’s spirited campaign for MWF reflects the government’s fervent desire to have a sovereign wealth fund. I find it hard to believe, as the program’s proponents want us to, that President Ferdinand Marcos, Jr., has nothing to do with it. The MWF looks and sounds like an all-in-the-family project. The bill to create the fund, which sailed through through the House of Representatives on December 1, is backed by some of the President’s family members: his cousin House Speaker Ferdinand Martin Romualdez, Martin’s wife Tingog Sinirangan Representative Yedda Marie Romualdez, and the president’s son Ilocos 1st District Representative Sandro Marcos.

Funding sources for the MWF

The MWF is envisioned as a sovereign wealth fund (SWF), an investment tool to be owned and managed by the government. Through it, in pursuit of financial and/or economic returns, the government buys, holds, and sells securities and/or assets on behalf of its people.

The Philippines’ MWF is supposed to be an independent fund seeking to generate revenues through investments in real and financial assets. It will be managed by the Maharlika Wealth Fund Corporation (MWFC), a corporation owned and controlled by the government which will be created once House Bill 6398 becomes law.

The bill authorizes the MWFC to invest in the following: cash, foreign currencies, metals, and other tradeable commodities; fixed income instruments issued by sovereigns, quasi-sovereigns and supranational; domestic and foreign corporate bonds; listed or unlisted equities, whether common, preferred, or hybrids, and financial derivatives, among others. Now, pray tell: are there really no risk in putting Filipino people’s money into these investment instruments?

Lawmakers pounded by pressures from different business groups which opposed the MWF, partially succeeded.  On Wednesday this week Marikina City 2nd District Representative Stella Quimbo – one of the bill’s authors and vice chair of the House appropriations committee – revealed that they have excluded GSIS and SSS as key contributors to the MWF. Quimbo said the decision was made after members of the House of Representatives met with economic managers.

“Based on our assessment of the proposed changes put forward by the economic team, we are amending the bill to change the fund sources, removing GSIS and SSS as fund contributors and instead tap[ping] the profits of the Bangko Sentral ng Pilipinas,” she said.

The amended provision also requires the Bangko Sentral ng Pilipinas (BSP) to contribute to the MWF investments coming from declared dividends, but not foreign currency reserves from OFW and BPO remittances and incomes.

Also included in the latest draft of HB 6398 is the exemption of the MWF and its managing government corporation from the following laws: the Government-Owned and Controlled Corporation (GOCC) Governance Act of 2011 (optional for the founding government financial institutions or GFIs); the Civil Service Law; the Salary Standardization Act; the Government Procurement Act (Republic Act or RA 9184), and the Competition Law (RA 10667).

Across the globe, 51% of the capital managed by SWFs comes from revenues derived from the sale of commodities, such as oil, gas, copper, phosphate, and diamonds. The remaining 49% is sourced from foreign exchange reserves, budget surpluses, issuance of securities, and proceeds from the sale of government land or other privatization ventures.

As of September 2021, the world’s 151 SWFs manage $10.2 trillion in capital. Although their risk profiles and investment preferences may vary significantly, 75% of their capital on the average is invested in public markets (including bonds, stocks, and hedge funds), while 25% is placed in private markets (including real assets and private equity).

SWFs used to be long-term, passive investors that tend to shy away from control stakes and are usually motivated only by pure profit. Modern SWFs are more dynamic, and their investment approach is more sophisticated and flexible. They are veering away from investing in multi-billion trophy assets which they can hold in their portfolio forever. To determine material risks and growth opportunities, today’s SWFs are increasingly applying environmental social, and governance (ESG) factors to screen investments based on corporate policies and level of corporate social responsibility.

Which countries have the most prolific and sizeable SWFs? Most of them hail from autocratic regimes. In terms of SWF capital, the top five countries are China ($3 trillion); the United Arab Emirates ($1.5 trillion); Norway ($1.4 trillion), Singapore ($1 trillion), and Kuwait ($0.7 trillion). Fourteen of the largest countries on the list, as of September 2021, represent 95% of the global SWF industry’s Assets under Management (AuM). Asian funds represent 44% of the industry, and those from the Middle East and North Africa (MENA) account for 32%.

SWF is not regulated. The only set of guidelines concerning the industry globally are the General Accepted Principles and Practices (GAPPs), also known as the Santiago Principles, which are not rules-based but principles-based, and have not been modified since they were first written in October 2008.

Governance, transparency, legitimacy, and resilience remain key concerns. Over the years, several SWFs have been depleted or exhausted due to mismanagement and misappropriation of public funds. The most infamous case was Malaysia’s 1MDB, which was used to channel billions of dollars of taxpayers’ money into private accounts.

Due to the SWFs’ increasing size and influence over global financial markets, there have been heated debates about the origin of their funds, lack of transparency, and political agendas.

According to the paper, “Directed investments of the Gross International Reserves override the BSP’s judgment on the macroeconomic and financial situation and its decision on the appropriate allocation of its foreign assets.”

I sympathize with the groups’ stand. For me, the MWF will compromise the constitutional mandate of the BSP to be an independent central bank in promoting price stability and managing exchange rate volatilities.

The newly revised BSP charter stipulates that whatever the BSP declares as dividend should remain there as equity infusion of the national government to complete its P250 billion capitalization. Instead of putting more capital into the BSP, the amended HB 6398 will deprive it of quicker capitalization and in the process undermine the BSP’s independence and its ability to discharge its role as the country’s central monetary authority and systemic risk regulator.

What the proponents of the MWF bill fail to realize is that sequestering GOCC dividends to fund their proposed SWF will also impair the national government’s ability to fund the fiscal deficit and increase the pressure on it to borrow more from both domestic and foreign sources. In the first place, there is no guarantee that this diversion of funds will result in higher returns to the national government. More likely, interest rates will soar and there will be greater crowding out of private sector investments.

Government in the economy

In more ways than one, the proposed MWF will create a platform for the government to actively participate and intervene in the economy. This is a role which administrations since 1986 have tried to exorcise, learning from the lessons of a political system in which the state has substantial centralized control over social and economic affairs. Such interventionist economic policies resulted then in high fiscal deficits, high debt, and large losses of government corporations.

What is worrisome is MWF’s  proposed exemption from the safeguards for good governance, such as the Civil Service Act, Government Procurement Act, Governance Commission for GOCCs Act, and the Salary Standardization Law. Taking them out along similar safeguards portends to less transparent and centralized economic decision-making as opposed to the market-oriented, decentralized private sector economy which has been the engine for growth in the last 36 years.

Under the more desirable decentralized decision-making in the economy, the identified winners and losers are responsible for and will reap the benefits or losses from their decisions.  In a centralized economy, the fallout from a bad decision made by the dominant decision-maker will affect the entire economy. Even supposedly professionally run SWFs, such as the Singaporean state holding company owned by the Government Temasek Holdings Limited (Temasek), have incurred huge losses from bad decisions.

Involving the BSP in the wealth fund carries with it definite risks that the Philippine economy and all its stakeholders may find difficult to navigate. BSP Governor Felipe Medalla last week raised concerns about the wealth fund plan, including over its governance and potential impact on the monetary authority’s independence. – Rappler.com