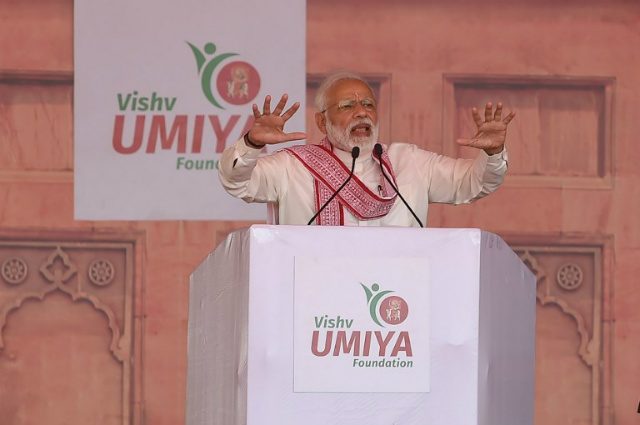 NEW DELHI, India – India’s mega-election announced Sunday, March 10, will see Narendra Modi run for a new term boosted by the latest Pakistan bust-up but vulnerable to attacks over the economy by the Gandhi-Nehru dynasty’s latest scion.

Prime Minister Modi’s Hindu nationalist Bharatiya Janata Party (BJP) is hoping for a repeat of the 2014 contest when it decimated Rahul Gandhi’s left-leaning Congress party to win an outright majority.

The right-wing party is banking on Modi’s charisma and sharp tongue and an array of emotive issues, not least hostility to Pakistan after their tit-for-tat air strikes and aerial dogfights late last month.

Dapper Modi, 68, will also harp on his humble origins as the proud Indian tea seller’s son, contrasting with designer-stubbled Gandhi, 48, the privileged, half-Italian princeling of India’s most famous family.

But opinion polls have suggested a dip in BJP support, and even that it may fall short of the 272 seats it needs for a government on its own, in the election running from April 11 to May 19.

This could mean a hung parliament – and maybe curtains for Modi.

“If the BJP fails to win a majority on its own. Modi will lose power forever,” Mohan Guruswamy from the Centre for Policy Alternatives think-tank told Agence France-Presse.

“It will the beginning of his end,” he said.

Congress, which has ruled India for much of the time since independence from Britain in 1947, won 3 key state elections victories in December, suddenly making Gandhi look a lot more like a serious challenger.

The states form part of the Hindi “Cow Belt” region of some 475 million people – nearly as many as the United States, Canada and Mexico combined – where the BJP has its core support base.

The shock defeats were largely attributed to Modi’s perceived failure to improve the lot of India’s farmers – thousands of whom have committed suicide in recent years – and to create enough jobs.

In addition, the silver-haired, silver-bearded Modi is dogged by corruption allegations involving a fighter jet deal with France that Gandhi says was done to benefit a close billionaire chum.

“It is a referendum on whether Modi delivered on its promises or not,” she said.

Modi, one of the strongest and most popular Indian leaders in decades, rose through the grassroots of Hindu groups to become the head of the world’s largest democracy.

But BJP figures have been accused of stoking religious polarisation to woo Hindu votes, including pledges to construct a temple on the ruins of a medieval mosque demolished by Hindu mobs in 1992.

Many critics say the radical Hindu right-wing, including groups closely allied to Modi’s party, have been emboldened.

A US intelligence report earlier this year warned of a communal flare-up in India ahead of the election as the BJP rakes up Hindu nationalistic themes.

With India now home to 830 million mobile phones, the election campaign will also likely be awash with rumours and fake news — some of it generated by the parties themselves.

A key to Modi will be the northern bellwether state of Uttar Pradesh (UP) that gave the BJP 73 seats out of the 80 on offer in 2014, and where it sailed to victory in a state election 3 years later.

This was despite the vote coming in the wake of the chaos that followed the withdrawal of 86% of Indian banknotes in circulation overnight in 2016, seen as one of Modi’s biggest missteps.

And this time India’s most serious standoff with Pakistan in years, which has enabled Modi to grandstand as a leader, may help him over the line – provided he can keep the nationalism on the boil.

The opposition “are not ready to trust our armed forces. India’s 1.3 billion people who believe the government are my proof. Stop pleasing Pakistan,” Modi thundered at a recent rally.

“Modi has the skill to keep the nationalist frenzy kicked off by this act of getting even with Pakistan going for some time,” T. K. Arun, the editor of Economic Times daily, said in a column. – Rappler.com