JAKARTA, Indonesia – President Joko “Jokowi” Widodo outlined his economic reform priorities at the G20 Summit in Brisbane, Australia, on Saturday, November 15, in order for Indonesia to “avoid the middle-income country trap” and accelerate growth over the next 5 years.

“These efforts will be carried out simultaneously. This is our way to overcome and avoid the ‘middle-income country trap’, as well as the eradication of corruption that is the scourge development of Indonesia,” he said.

Jokowi faces a tough challenge in boosting the growth of Southeast Asia’s largest economy, as GDP growth has slowed to its lowest in 5 years. The G20 economy expanded 5.01% on-year in the third quarter, down from 5.12% in the previous quarter. (READ: Indonesia’s GDP growth slows again, hits new 5-year low)

Topping his 4 priorities is the simplification of business licensing – an issue he also addressed during his first international speech at the APEC CEO Summit in Beijing on November 10, where he invited those in attendance to come and invest in Indonesia. 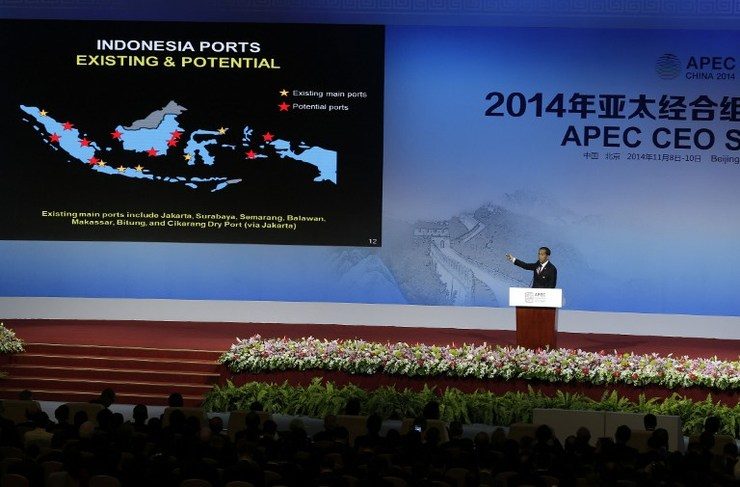 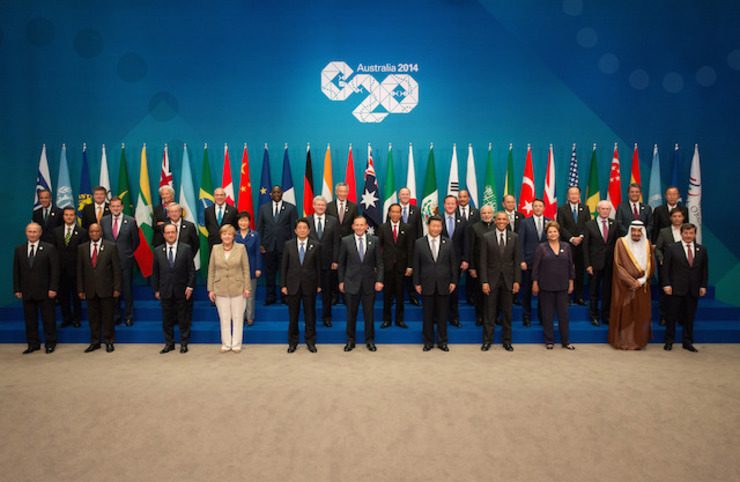 “Six months from now, Indonesia will have an integrated system of investment licenses that can be accessed online,” he said.

Jokowi did this both when he was elected mayor of Solo, Central Java, and governor of Jakarta, and he was quick to get reforms in this area started after his inauguration as president on October 20.

Just a week after, on October 28, he dropped in unannounced at the office of the Investment Coordinating Board (BKPM) to check on the existing process for issuing business permits. He said he found that some permits that should be issued within 3 days still took up to 12 days sometimes, and gave BKPM 3-6 months to integrate its investment licensing processes.

The following week, on November 4, he told the country’s governors they should implement one-stop business licensing services within one year, or else the central government would remove their province’s Special Allocation Fund (DAK) or reduce their General Allocation Fund (DAU).

The World Bank’s latest “Doing Business” report found that setting up business in Indonesia appears to have improved slightly over the past year, as it climbed 3 spots to 114th place, but still fared poorly compared to neighbors. It would take 52.5 days to open a business in Indonesia – longer than the 34 days needed in the Philippines and a far cry from the 2.5 days in Singapore.

Next on Jokowi’s list of economic reforms is taxation.

“I want to increase the tax-to-GDP ratio to 16% from the current level, which is still below 13%,” he said during his speech at the G20, reiterating a campaign promise. Achieving this would bring Indonesia almost at par with Malaysia, which had a 16.1% ratio in 2012.

To achieve this, he again draws from his experiences in Solo and Jakarta.

“For local taxes (in Solo), I changed the payment method from a manual to an online system, accompanied by enhancements in taxation services to make them more transparent and accountable,” he said.

“The result is a process that is clean, fast, and trusted by the people. In a period of 4 years, the local revenue increased by 80%.”

As Jakarta governor, Jokowi was also credited for increasing locally generated revenues from IDR30.6 trillion ($2.45 billion) in 2012 – the year he was elected – to IDR41.5 trillion in 2013.

“I want to reduce the burden of fuel subsidies and transfer the allocation to finance infrastructure, namely the construction of roads, seaports and airports, as well as support programs for people’s welfare,” he said in his G20 speech.

Jokowi has long been expected to raise petrol prices and cut fuel subsidies, which in 2015 is expected to cost the country $27 billion of its $167 billion state budget. While Jokowi himself has kept the country speculating on the timing of the price hike, Vice President Jusuf Kalla and his advisors have been saying it’s imminent.

Expectations of a fuel price hike of as much as IDR3,000 per liter within November or December – up from the current IDR6,500 ($0.53) per liter price – has sparked protests in different parts of the country. In some markets, fuel hoarding has already been taking place and the prices of basic commodities are also beginning to increase.

“Some say I will become unpopular (if I raise subsidized fuel prices). I told them that I did not become a leader to seek popularity,” Jokowi said in Yogyakarta on November 6.

Declining oil prices are expected to delay the fuel price hike, however. With crude prices falling below $80 a barrel for the first time in 4 years, the vice president said on Wednesday, November 12, that the fuel price hike would likely be delayed.

Jokowi is now expected to make an announcement regarding the issue after he returns from Brisbane on Sunday, Novmber 16.

This refers to the three welfare programs – social welfare cards for health, education, and conditional cash transfer programs – that Jokowi promised during the campaign and launched on November 3.

The health and education cards – programs he also launched in Jakarta as governor – complement existing programs by covering those who did not have access to them before, such as street kids and the poor and disabled. Almost 158,000 students of the 1 million target have already been given the education cards, called Indonesia Smart Card (KIP), which gives them access to financial assistance.

The Healthy Indonesia Cards (KIS) have also been distributed to more than 4.4 million individuals, according to the secretary of the National Team for the Acceleration of Poverty Reduction (TNP2K), Bambang Widianto.

A total of 15.5 million Prosperous Family Cards (KKS) will also be distributed to the poorest households to allow them to receive IDR200,000 ($16.50) per month through the banking system. The initial rollout will target 19 provinces by the end of the year.

However, there has been confusion over what additional benefits these new programs provide over existing ones, with critics saying the launch should have been postponed to iron out details. But the early launch was seen to be in preparation for the anticipated fuel price increase, particularly as Jokowi said they were to help “maintain the purchasing power” of the poor.