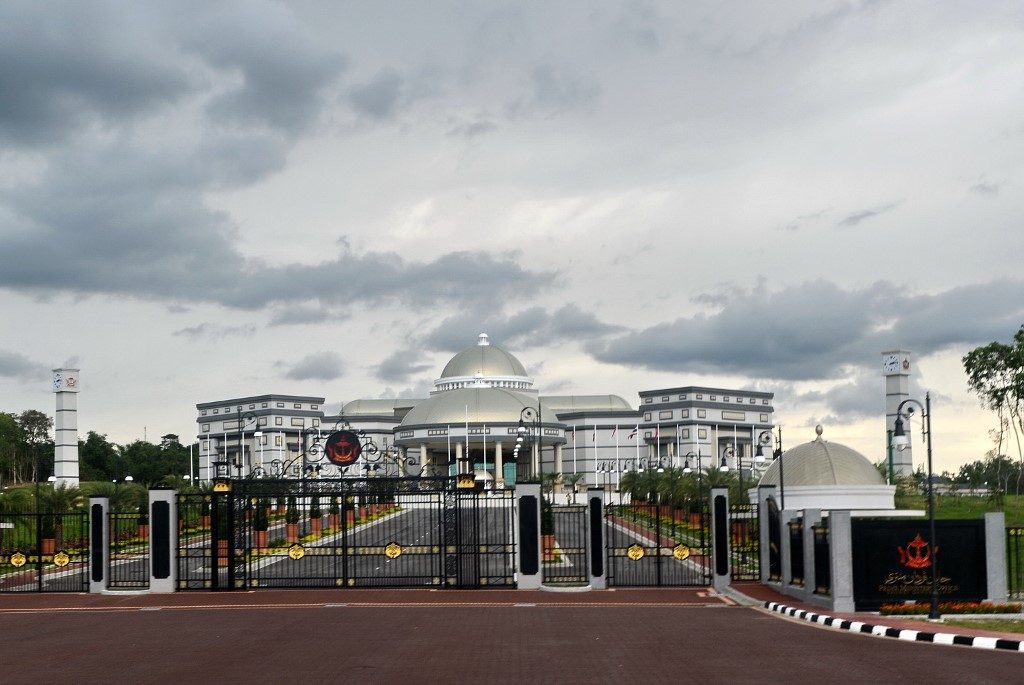 This general view shows the prime minister's office building in Bandar Seri Begawan on April 23, 2013 a day before a meeting by leaders of the Association of Southeast Asian Nations (ASEAN). Leaders of ASEAN, who will meet in Brunei on April 24-25, are expected to focus on kickstarting the talks after launching the process last year at a regional summit in Phnom Penh. AFP PHOTO / ROSLAN RAHMAN (Photo by ROSLAN RAHMAN / AFP)

Facebook Twitter Copy URL
Copied
In a rare statement, Brunei underscores that negotiations between countries should be based on the United Nations Convention on the Law of the Sea and international law

Brunei, long considered to be a “silent claimant” state in the South China Sea dispute, broke its silence recently as it released a rare statement urging parties to negotiate issues based on the rule of law.

While reaffirming Brunei’s commitment to maintain stability in the region, Brunei’s foreign ministry urged countries to discuss issues bilaterally and underscored that negotiations should be based on the United Nations Convention on the Law of the Sea (UNCLOS) and international law.

“Specific issues should be addressed bilaterally by the countries directly concerned through peaceful dialogue and consultations. Brunei Darussalam emphasizes that such negotiations on the South China Sea should be resolved in accordance with the 1982 United Nations Convention on the Law of the Sea (UNCLOS), and the rules and principles of international law,” Brunei’s foreign ministry said in a statement on Monday, July 20.

The effort makes up one half of Brunei’s “two-step approach” in addressing the South China Sea issue, with the other embodied in its call for all countries concerned to avoid inflaming tensions in the region.

“All countries concerned need to promote a calm, peaceful, and conducive environment, building confidence and enhancing mutual trust in the region,” it said.

Unlike other claimant states, Brunei rarely issues public statements on the South China Sea. The country has limited claims that center on the Louisa Reef in the Spratly islands, parts of which are also claimed by China, Malaysia, the Philippines, Vietnam, and Taiwan.

Brunei’s latest words on the dispute reflect its efforts to maintain a balance between asserting its claims and maintaining its strong ties with China, as it reiterated Beijing’s preference to addressing contentious issues bilaterally, instead of multilaterally.

Despite this, Brunei’s statement in part echoes the position taken by Association of Southeast Asian Nations (ASEAN) leaders in late June, when they cited UNCLOS as the basis of sovereign rights and entitlements in the strategic waterway. The ASEAN leaders’ joint statement had been one of the strongest statements on the issue, so far.

The regional bloc has long been challenged to push back against China’s aggressive behavior in the region as countries were divided on the dispute. With several countries in the region relying heavily on China for trade, ASEAN has struggled to reach a consensus on the issue. (READ: Carpio offers 5 ways ASEAN can counter Chinese intimidation in South China Sea)

Brunei’s remarks add to the growing opposition against China’s aggressive behavior with Indonesia, the Philippines, and Vietnam having publicly objected to China’s claims. – Rappler.com

Lorenzana: PH may benefit from any pivot to Asia by Biden administration