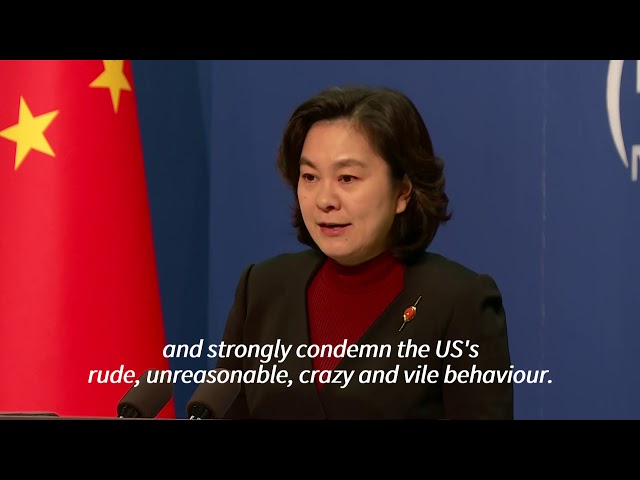 China on Tuesday, December 8, blasted new US sanctions against officials involved in the clampdown on Hong Kong, calling the move “crazy and vile.”

The Trump administration on Monday, December 7, froze any US assets and barred travel to the United States for 14 vice chairs of the Standing Committee of the National People’s Congress, which spearheaded a tough new security law in Hong Kong.

“The Chinese government and people express strong indignation over and strongly condemn the United States’ rude, unreasonable, crazy and vile behavior,” Hua said at a regular press briefing on Tuesday.

The foreign ministry later summoned the US Charge d’Affaires for an explanation.

Critics say it decimates the freedoms once enjoyed in Hong Kong, enshrined in an agreement made before the 1997 handover from British colonial rule back to China.

China says the law and prosecution of critics is needed to restore stability after last year’s huge and often violent protests.

The United States has already slapped sanctions on Hong Kong’s pro-Beijing leader, Carrie Lam, and has declared that it will no longer treat the financial hub as separate from China.