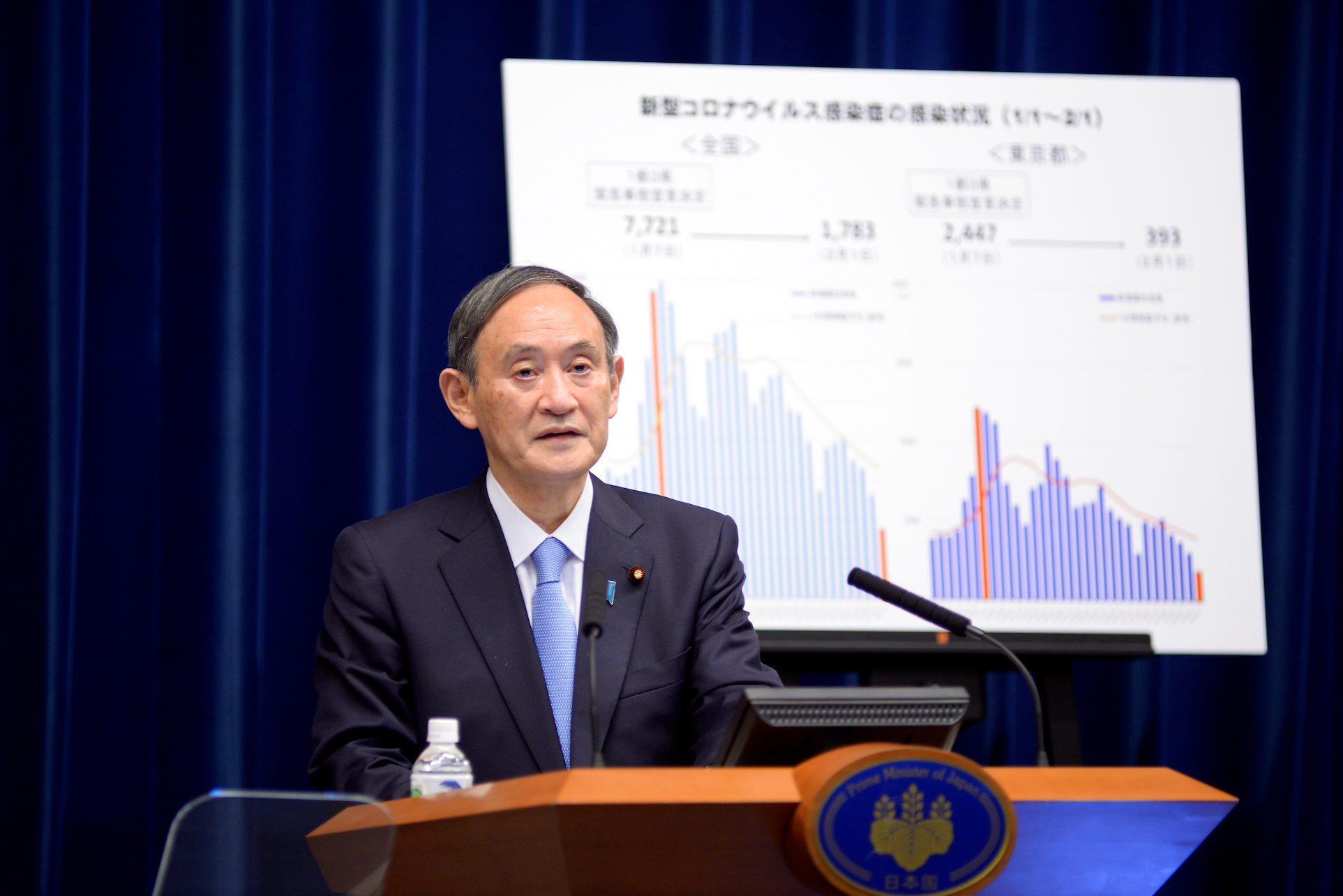 A Japanese government ministry said on Thursday, February 4, it was checking if any law had been broken after a magazine reported that Prime Minister Yoshihide Suga’s eldest son and fellow executives at a satellite broadcaster had wined and dined senior ministry officials.

Responding to a question in parliament about the report, Prime Minister Suga said: “No matter who was involved, I want the ministry to check facts firmly and make a response based on rules.”

“It has been confirmed that 4 officials in the report dined with (people from) Tohokushinsha,” an official at the ministry’s personnel division said.

“We are looking into whether Tohokushinsha is an interested party, and if infringement on the ethics code has taken place.”

Japan’s National Civil Service Ethics Law prohibits government employees from receiving treats, gifts or entertainment from individuals or companies that could be seeking to curry favor.

The premier, who was minister of internal affairs and communications in 2006 and 2007, has already seen his support falling sharply, with critics saying he was too slow to act after COVID-19 cases began surging last year.

A poll by the Asahi Shimbun daily showed late last month that support for Suga’s government dropped to 33% from 39% in December.

Tohokushinsha said on its website that the company was looking into the report, and it will take appropriate steps based on its findings. – Rappler.com