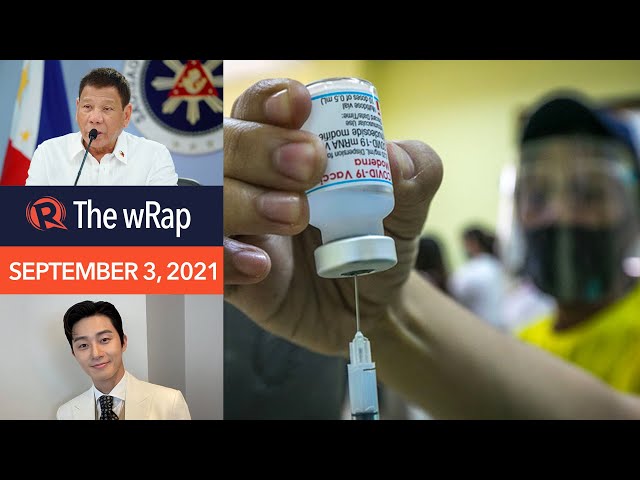 The Philippines has amended its emergency approval of Moderna’s coronavirus vaccine to cover adolescents aged 12 to 17 years old. The FDA said a thorough evaluation concluded that the vaccine was safe and effective for use among younger groups.

President Rodrigo Duterte goes for the jugular as he accuses Senator Richard Gordon of using his position at the Philippine Red Cross to fund electoral campaigns.

Progressive lawmakers strongly object to the move of their fellow House members to quickly terminate deliberations on the 2022 budget of the Office of the President Friday, September 3.

Japanese Prime Minister Yoshihide Suga announces on Friday, September 3, he would step down, setting the stage for a new premier. His tenure is marred by an unpopular COVID-19 response and rapidly dwindling public support.