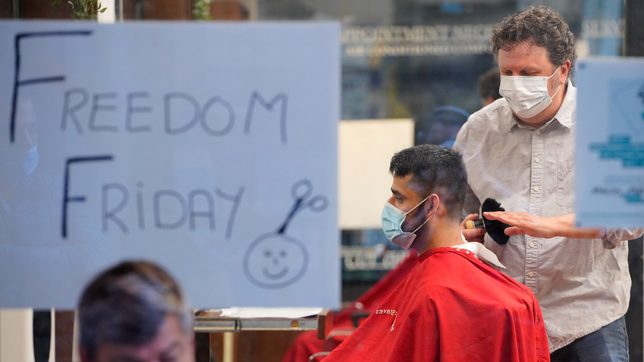 A barber cuts a man's hair on the first day of eased COVID-19 regulations, following a lockdown to curb an outbreak, in Melbourne, Australia, October 22, 2021.

Melbourne residents flocked to the city’s pubs, restaurants, and hair salons in the early hours of Friday, October 22, after the world’s most locked-down city emerged from its most recent spate of restrictions designed to combat the spread of COVID-19.

Australia’s second-largest city has so far endured 262 days, or nearly nine months, of restrictions during six separate lockdowns since March 2020, representing the longest cumulative lockdown for any city in the world.

In Melbourne, people were seen cheering and clapping from their balconies, while cars honked horns continuously at 11:59 pm on Thursday, October 21, when lockdown restrictions in place since early August ended.

“It was fantastic to hear horns honking and people yelling. I was giving it a fair go,” Melbourne Mayor Sally Capp told the Australian Broadcasting Corporation.

Many venues, including food outlets and even haircutters, opened at the unusual hour for the occasion.

Just over 70% of adults in Australia are now fully vaccinated.

Under relaxed rules in Melbourne, restaurants and cafes can reopen with up to 20 people indoors and 50 outdoors – all of whom must be vaccinated – while 10 guests can gather at homes. Masks will remain mandatory.

Australia had stayed largely virus-free for most of this year until a third wave of infections fueled by the Delta variant spread across its southeast from late June, forcing months-long lockdowns in its largest cities. 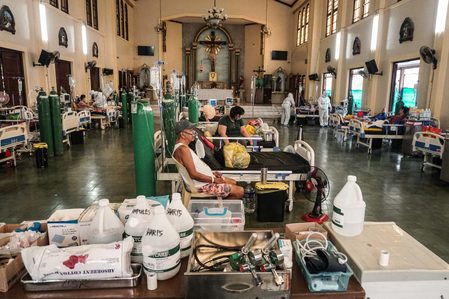 Melbourne’s reopening will be a boost for the country’s A$2 trillion ($1.51 trillion) economy after recent lockdowns pushed it to the brink of a second recession in as many years.

Even with the Delta outbreaks, Australia’s coronavirus numbers are still far lower than those of many comparable nations, with some 152,000 cases and 1,590 deaths. – Rappler.com