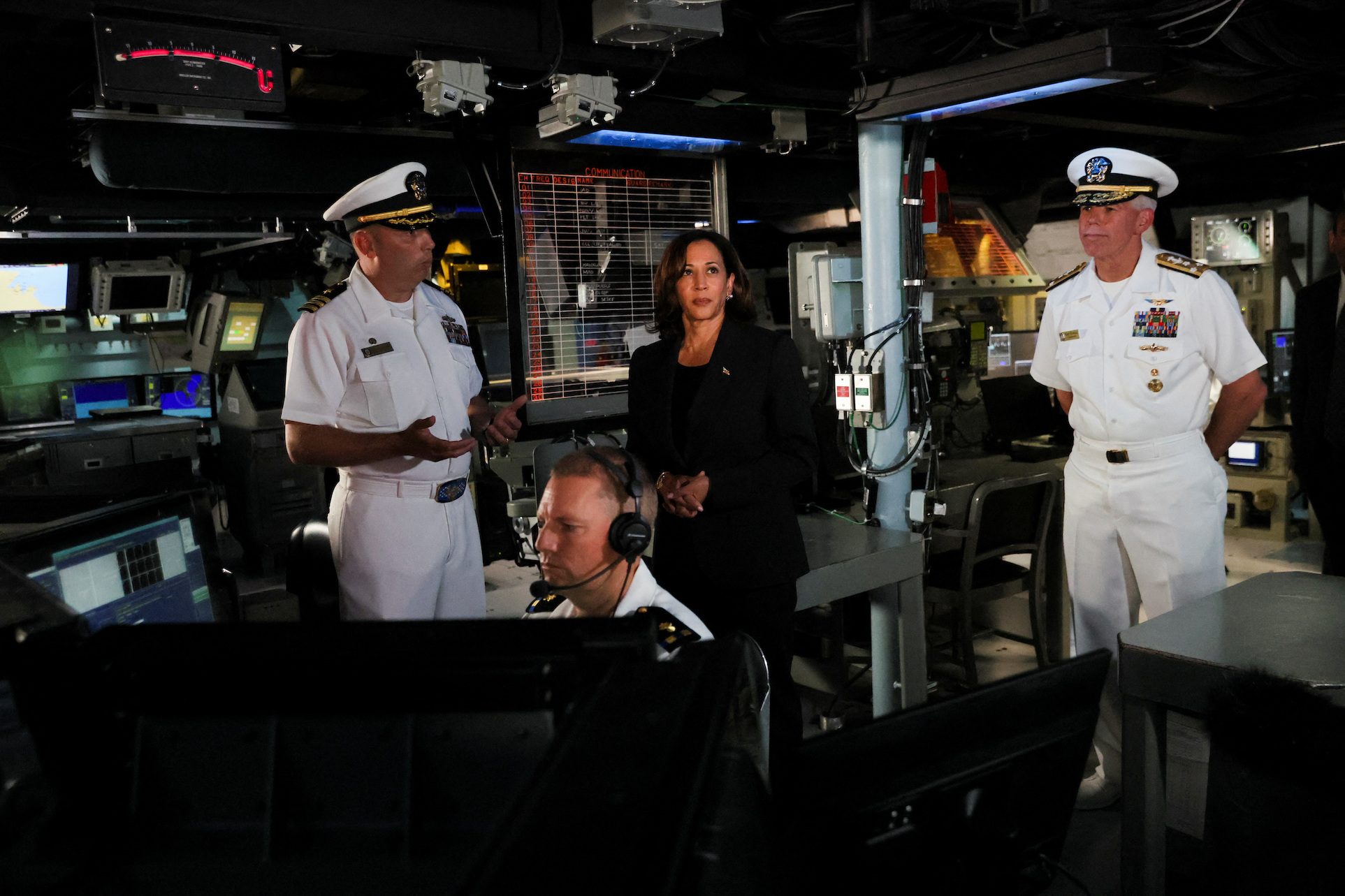 US Vice President Kamala Harris receives a briefing from members of the US Navy while on the USS Howard naval ship, at Yokosuka Naval Base, in Yokosuka, Japan September 28, 2022.

The launch came two days after South Korea and US forces conducted a military drill in waters off the South’s east coast involving an aircraft carrier. On Sunday, North Korea had fired another ballistic missile towards the sea off its east coast.

“Our military has strengthened surveillance and vigilance and is maintaining airtight readiness posture while closely cooperating with the United States,” they said in a statement.

He told reporters, “North Korea’s series of actions, including repeated ballistic missile launches, poses a threat to the peace and security of Japan, the region and international society.”

Following a stop in Japan, Harris will land in the South Korean capital and visit the heavily fortified Demilitarized Zone (DMZ) between the neighbors on Thursday.

In a speech hours earlier aboard the destroyer USS Howard destroyer in the Japanese city of Yokosuka, Harris had called Sunday’s missile launch part of an “illicit weapons program which threatens regional stability and violates multiple UN Security Council resolutions”.

North Korea has tested missiles at an unprecedented pace this year, while this week’s joint drill is a show of force intended to warn against what could be its first nuclear test since 2017.

The isolated country has completed preparations for a nuclear test, a window for which could open between China’s party congress in October and the US mid-term elections in November, South Korean lawmakers said on Wednesday.

Since 2006, North Korea has been subject to UN sanctions, which the Security Council has steadily, and unanimously, stepped up over the years to cut off funding for its nuclear weapons and ballistic missile programs.

North Korea rejects the UN resolutions as an infringement of its sovereign right to self-defense and space exploration, and has criticized military exercises by the United States and South Korea as proof of their hostile intentions. – Rappler.com