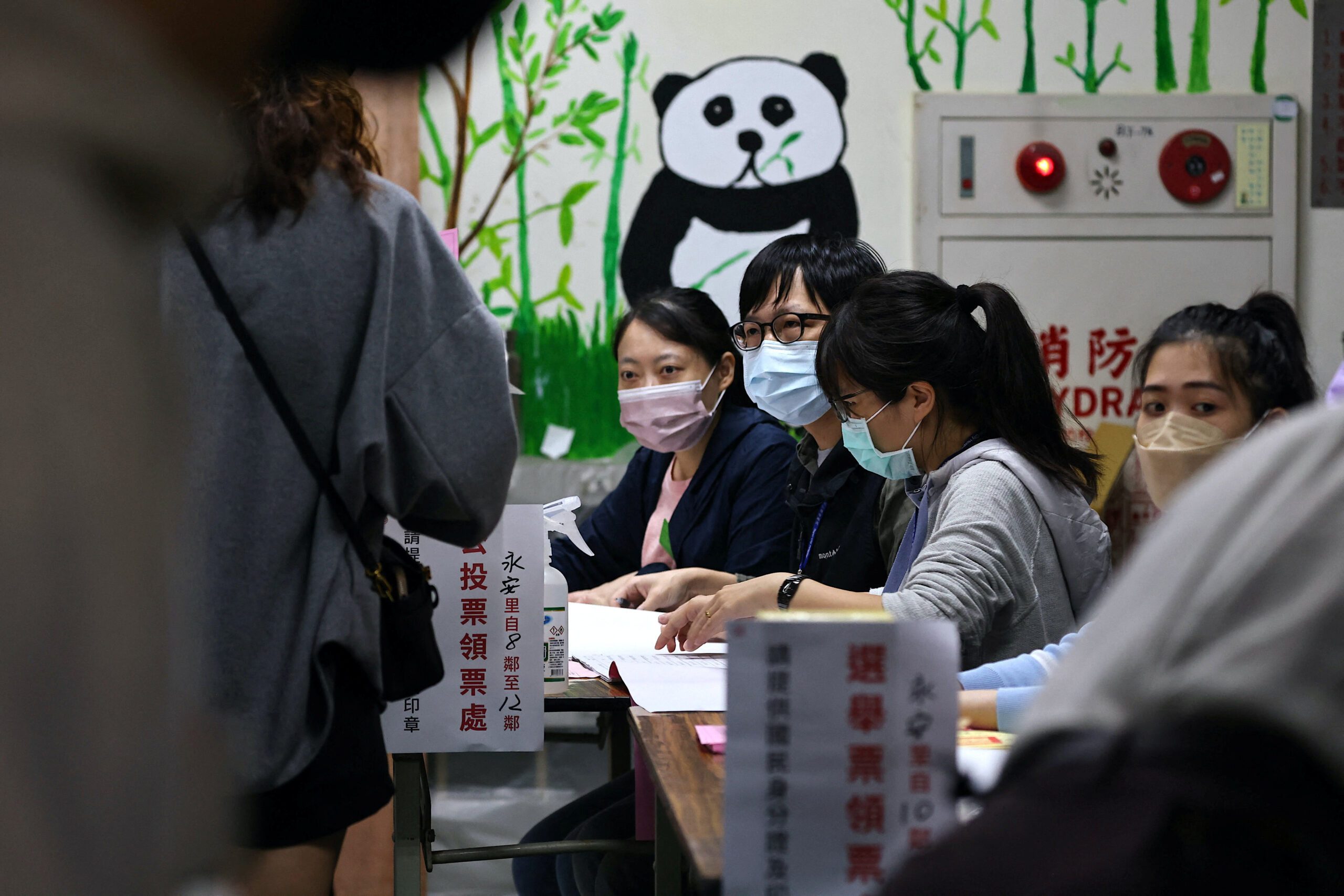 SUFFRAGE. People line up to cast their votes on election day in Taipei, Taiwan, November 26, 2022.

Facebook Twitter Copy URL
Copied
While the local election will not have a direct say on China policy, President Ing-wen says the world is watching how Taiwan defend its democracy amid military tensions with China

TAIPEI, Taiwan – Polls opened in Taiwan on Saturday, November 26, in local elections that President Tsai Ing-wen has framed as being about sending a message to the world about the island’s determination to defend its democracy in the face of China’s rising bellicosity.

The elections for mayors, county chiefs and local councillors are ostensibly about domestic issues such as the COVID-19 pandemic and crime, and those elected will not have a direct say on China policy.

But Tsai has recast the election as being more than a local poll, saying the world is watching how Taiwan defends its democracy amid military tensions with China, which claims the island as its territory.

“Taiwan is facing strong external pressure. The expansion of Chinese authoritarianism is challenging the people of Taiwan every day to adhere to the bottom line of freedom and democracy,” Tsai told supporters late on Friday, November 25.

China carried out war games near Taiwan in August to express anger at a visit to Taipei by US House Speaker Nancy Pelosi and its military activities have continued, though on a reduced scale.

Taiwan’s main opposition party, the Kuomintang or KMT, swept the 2018 local elections, and has accused Tsai and her Democratic Progressive Party (DPP) of being overly confrontational with China. The KMT traditionally favors close ties with China but strongly denies being pro-Beijing.

“We advocate being close to the United States, friendly with Japan, and having peace with the mainland. Let Taiwan have a prosperous future of peaceful and stable development,” KMT Chairman Eric Chu told his supporters late on Friday.

The election is happening a month after the 20th congress of China’s Communist Party, where President Xi Jinping secured an unprecedented third term in office – a point Tsai has repeatedly made on the campaign trail.

Although the outcome of Taiwan’s election will be an important measure of popular support for both parties, it cannot necessarily be read as an augur for the next presidential and parliamentary races in 2024.

Tsai and the DPP heavily defeated the KMT in 2020 despite their setback at the 2018 local polls. Her second term in office runs out in 2024 and she cannot stand again as president because of term limits.

Both parties have concentrated their efforts on wealthy and populous northern Taiwan, especially the capital, Taipei, whose mayor, from the small Taiwan People’s Party, cannot stand again after two terms.

Taiwanese elections are raucous and colorful affairs, with candidates touring their districts on the backs of trucks and SUVs seeking support, music blaring and campaign flags fluttering.

There is also a vote on lowering the voting age to 18 from 20, which both parties support.

The election results should be clear by early evening on Saturday. – Rappler.com