FILE PHOTO: The word Pegasus and binary code are displayed on a smartphone which is placed on a keyboard in this illustration taken May 4, 2022.

Facebook Twitter Copy URL
Copied
In an about-face on the final day of the debate, a Thai minister says his comments were general observations not specifically about Thailand

BANGKOK – A Thai minister on Friday, July 22, sought to walk back remarks before parliament that authorities had used spyware to monitor individuals, U-turning on his admission just days earlier that surveillance software was actively being used.

Under questioning on Tuesday from opposition lawmakers alleging use of Israeli-made Pegasus spyware, Digital Economy and Society Minister Chaiwut Thanakamanusorn said he was aware surveillance software was being used, for national security and drug-related cases.

But in an about-face on the final day of the debate, Chaiwut said his comments were general observations not specifically about Thailand. 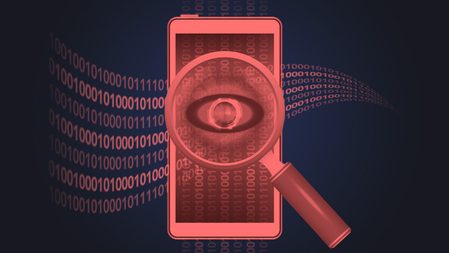 “I said I knew of the system that is used on security and drug (suppression) but I did not say that it existed in the Thai government,” Chaiwut told parliament of Friday.

Thai authorities have come under pressure following a joint investigation by a Thai human rights group and two international tech firms that concluded Pegasus was used to hack phones of at least 30 Thai political activists and government critics, going back to 2014.

Pegasus has been used by governments to spy on journalists, activists, and dissidents and its creator NSO Group has been sued by Apple and placed on a US trade blacklist.

NSO group has yet to respond to Reuters questions on the Thailand allegations.

The Thai Opposition Move Forward party alleged in parliament that one of its lawmakers and two former legislators had also been hacked using Pegasus.

But Thai Prime Minister Prayuth Chan-ocha, who came to power in a coup in 2014, on Friday rejected allegations that Pegasus had been used, saying there was no need to waste state budget on it.

The police earlier this week denied using Pegasus, while deputy defense minister Chaichan Chanmongkol said there was no such use of spyware by the military.