What’s in a name? An angry spat between Harry, Meghan, and the BBC 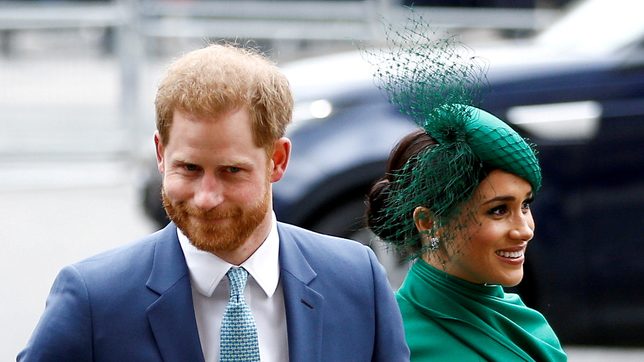 Facebook Twitter Copy URL
Copied
The BBC, quoting an unnamed Palace source, reports that the couple had not sought permission from Elizabeth before they selected their daughter's name

Just days after the birth of their second child, named after Queen Elizabeth, Britain’s Prince Harry and his wife Meghan have become embroiled in a spat with the BBC, along with a threat of legal action, over whether they had consulted the monarch first.

Harry and Meghan, the Duke and Duchess of Sussex, announced on Sunday, June 6, the birth of daughter Lilibet “Lili” Diana Mountbatten-Windsor, who was born at the Santa Barbara Cottage Hospital in California. Her name, they said, was a tribute to Harry’s grandmother, the queen, whose family nickname was Lilibet, while it also honored his late mother, Princess Diana.

Some royal commentators said the move appeared to be an olive branch to his family after the very public falling out following their explosive interview with US chat show host Oprah Winfrey in March, when they accused one unidentified royal of making a racist remark and said Meghan’s pleas for help when she felt suicidal were ignored. However, in a twist on Wednesday, the BBC, quoting an unnamed Palace source, reported that the couple had not sought permission from Elizabeth before they selected the name.

The couple said the queen had been the first family member they had called.

“During that conversation, he (Harry) shared their hope of naming their daughter Lilibet in her honor,” their spokesperson said. “Had she not been supportive, they would not have used the name.”

Lawyers for the duke and duchess have now sent a letter to some media organizations, saying the BBC article was false and defamatory, and the allegations should not be repeated. Contacted by Reuters, the BBC had no immediate response to the letter.

Buckingham Palace said it had no comment on the matter. Publicly, the queen has issued a statement to say she was delighted about the birth, as did Harry’s elder brother Prince William and his wife Kate, whose relationship with the couple has also deteriorated.

In a speech on Tuesday, Harry’s father Prince Charles, the heir to the throne, said it was “happy news.” – Rappler.com