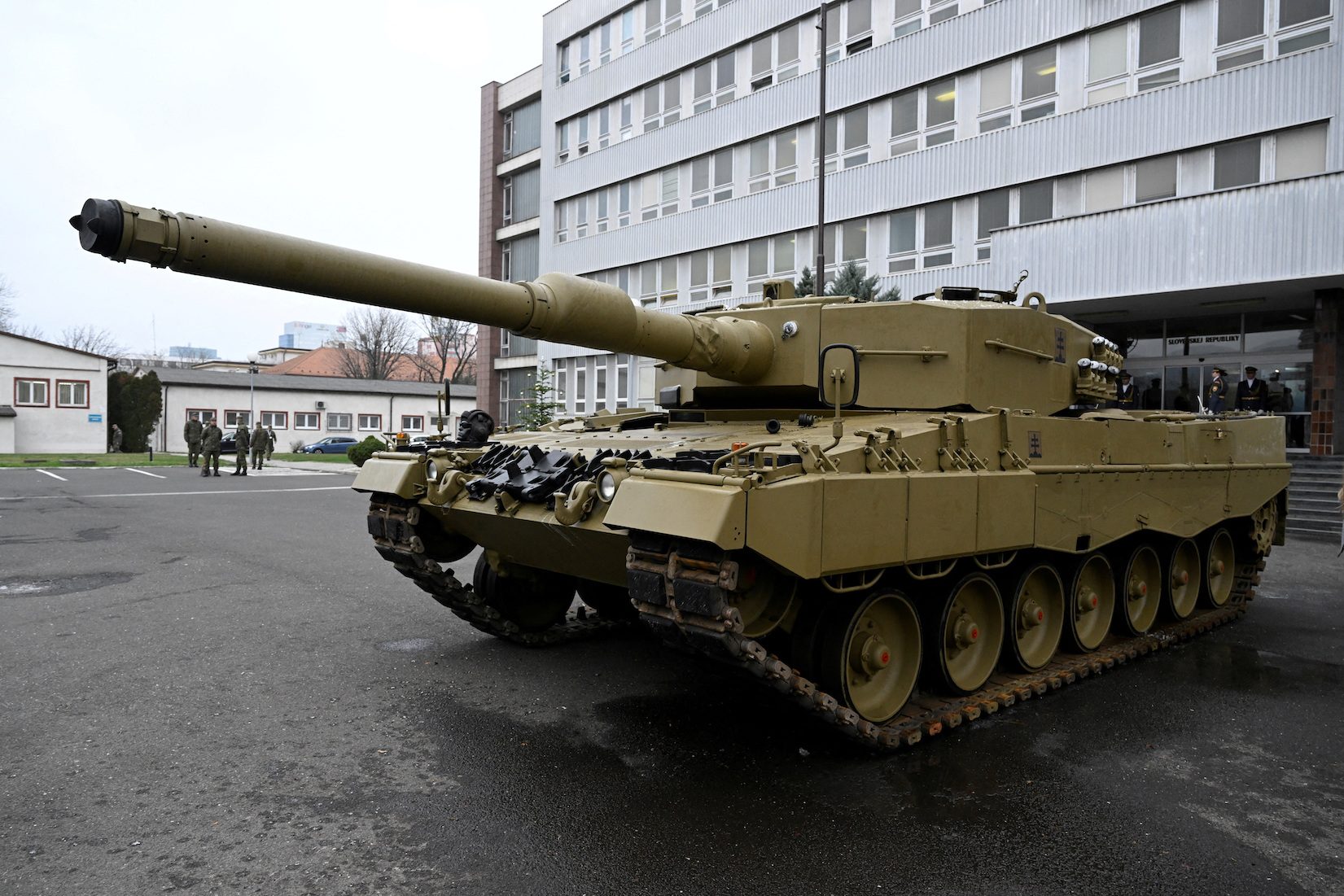 FILE PHOTO: Germany delivers its first Leopard tanks to Slovakia as part of a deal after Slovakia donated fighting vehicles to Ukraine, in Bratislava, Slovakia, December 19, 2022.

Facebook Twitter Copy URL
Copied
Poland is pushing for countries who have German-made Leopards to send them to Ukraine, even if Germany does not want to join them

WARSAW, Poland – Germany’s approval for the re-export of Leopard 2 tanks to Ukraine is of secondary importance as Poland could send those tanks as part of a coalition of countries even without its permission, Polish Prime Minister Mateusz Morawiecki said on Monday, January 23.

The United States and its allies failed during talks in Germany last week to convince Berlin to provide its Leopard battle tanks to Ukraine, a key demand from Kyiv as it tries to breathe new momentum into its fight against Russian forces.

Poland is pushing for countries who have German-made Leopards to send them to Ukraine, even if Germany does not want to join them.

“We will ask for such permission, but this is an issue of secondary importance. Even if we did not get this approval … we would still transfer our tanks together with others to Ukraine”, Morawiecki told reporters.

“The condition for us at the moment is to build at least a small coalition of countries.”

Germany would not stand in the way if Poland sent its German-made Leopard 2 tanks to Ukraine, German Foreign Minister Annalena Baerbock said on Sunday in an interview with French television LCI.

“Pressure makes sense, because this weekend, the foreign minister of Germany sent a slightly different message that gives a glimmer of hope that not only Germany will not block (sending tanks) but will finally hand over heavy equipment, modern equipment to help Ukraine,” Morawiecki said. – Rappler.com