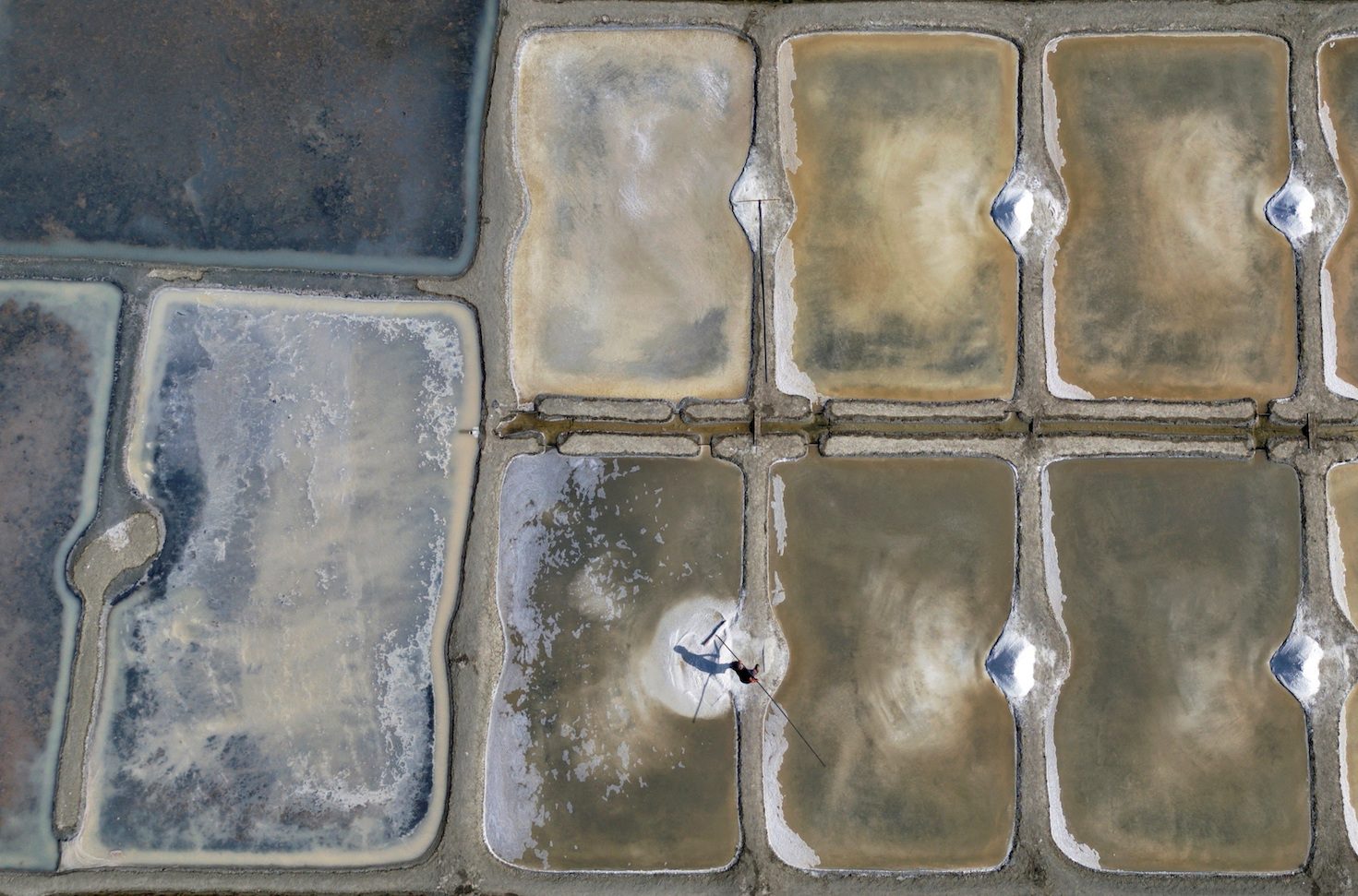 Facebook Twitter Copy URL
Copied
Guerande's snow-white Fleur de Sel (‘flower of salt’), which crystallizes on the water's surface, is one of the finer salts on world markets, retailing in the United States at over $100 a kilogram

LE POULIGUEN, France – Through blistering heatwaves and drought that have parched the French countryside in recent weeks, one group has emerged a reluctant winner: salt farmers in the northwestern region of Guerande.

Guerande’s snow-white Fleur de Sel (‘flower of salt’), which crystallizes on the water’s surface, is one of the finer salts on world markets, retailing in the United States at over $100 a kilogram.

As temperatures climbed in recent months and almost inexistent rainfall turbo-charged salt water evaporation in the region, production has soared.

“We’re heading towards record production,” said producer Francois Durand, who has worked on the salt marshes for more than 20 years.

Sea salt production over the last 10 years had averaged around 1.3 tons per salt pan but this year the yield was nearly doubled at 2.5 tons, he said.

He acknowledged that makes him one of the few short-term winners of climate change whilst parts of the country deal with wildfires and water shortages.

“You could say that, yes. Unfortunately,” he continued. “It’s clear it’s good for us.”

In a region better known for its variable Atlantic weather, more than 40 days of uninterrupted sunshine and light winds has meant scant rest for those who work the salt flats, said worker Audrey Loyer.

It is back-breaking labor: Under the baking sun, the workers wheel barrows along the narrow mud walls that separate each pan, scraping the sea salt from the bottom of the flats using methods and tools that have barely changed in more than four centuries. No machinery is allowed in the harvesting process.

“The workers are tired,” said Mathilde Bergier, a salt producer who runs a local shop. “There hasn’t been enough rain on the flats to justify a break.”

Bergier also worries that the intensive pace made necessary by this summer’s endless sun is unsustainable, concerned that the fragile mud structures in which the seawater evaporates might not survive such rigorous work year after year.

When the sun finally sets on this year’s record-breaking season, the region’s salt producers may wonder what to do with all the salt if uninterrupted hot weather becomes the norm. Several farmers told Reuters they now had reserves to cover the next couple of years.

“Some have already stopped working this season,” Bergier said. – Rappler.com