LONDON, United Kingdom – British Prime Minister Rishi Sunak faced criticism on Saturday, December 24, for seeming out of touch with ordinary people when he asked a homeless man at a charity whether he “worked in business” and wanted to get into the finance industry. 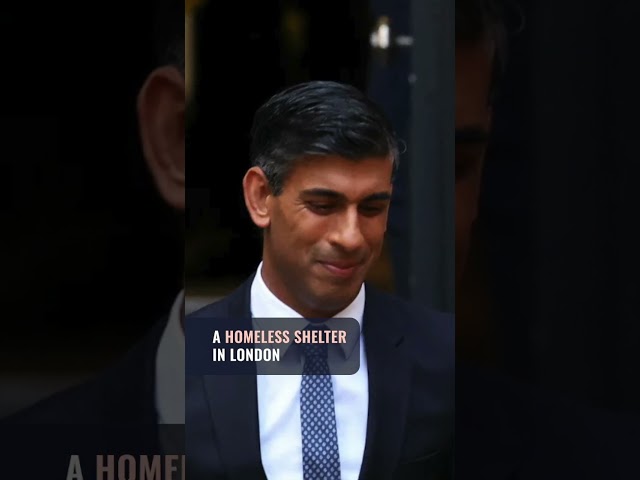 Sunak, a former Goldman Sachs banker and one of Britain’s wealthiest people, was serving breakfast at a homeless shelter in London on Friday, when he began chatting with a man who identified himself as Dean.

“Do you work in business?” the prime minister asks the man at one point during the conversation, as he hands him a plate of sausages, toast and eggs.

Angela Rayner, deputy leader of the opposition Labour Party, posted a clip of the exchange on Twitter, calling it “excruciating,” while another Labour lawmaker, Bill Esterson, called Sunak “out of touch”.

His ascent to the British premiership in October made Sunak the richest occupant of Number 10 Downing Street at a time when the country is struggling with a cost-of-living crisis.

The prime minister this week made surprise phone calls to British diplomats and military personnel around the world to give them Christmas wishes, his office said on Friday.

His awkward exchange with the homeless man began when the man asks Sunak if he’s “sorting the economy out”.

When the homeless man then says he is interested in business and finance, Sunak replies that he used to work in finance too, before asking: “Is that something you would like to get into?”

“Yeah I wouldn’t mind,” says Dean. “But, I don’t know, I’d like to get through Christmas first.” – Rappler.com