Facebook Twitter Copy URL
Copied
Of the nearly 200 countries that agreed at last year's climate summit to ratchet up the ambition on their emissions-cutting goals, only about 30 have done so

More than 100 world leaders gathered on Monday, November 7, in Sharm El Sheikh, Egypt, for the start of the two-week climate talks against a backdrop of war in Ukraine, economic downturn, rampant inflation and a European energy crisis.

“The attention of many leaders has been going to other issues,” said Espinosa, who led the UN climate change body – called the UN Framework Convention on Climate Change, or UNFCCC – from 2016 until July this year.

“This is a very important conference in order to really get again the issue of addressing climate change very, very high up on the agenda,” she told Reuters.

Of the nearly 200 countries that agreed at last year’s climate summit to ratchet up the ambition on their emissions-cutting goals, only about 30, including Australia, Indonesia and South Korea, have done so.

Espinosa called that result “really unfortunate,” but said that no countries so far had weakened or abandoned pledges made previously. 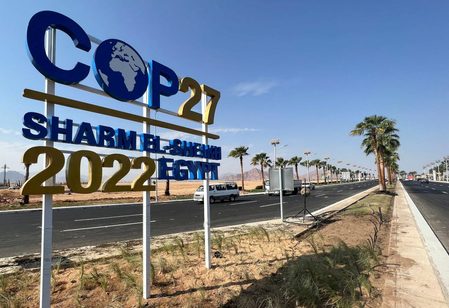 Espinosa said the success of the 27th Conference of the Parties (COP) would hinge partly on how it addresses the urgent need for climate finance not just to help poorer nations transition to clean energy and adapt to a warmer world, but also to cover costs and damages already incurred from climate-fuelled disasters.

Her successor, UNFCCC executive secretary Simon Stiell, a former climate resilience minister for Grenada, is also expected to champion calls at the summit for more financial support for climate-vulnerable countries.

Negotiators cleared their first hurdle on Sunday, agreeing for the first time to hold talks on “loss and damage” – financial compensation for countries ravaged by climate impacts such as floods, drought and rising seas.

Dozens of developing countries have said COP27 must establish a new funding facility for these payments.

“I hope so, but I would not be that optimistic about it,” Espinosa said, of whether countries will reach the unanimous agreement needed to establish the fund.

Calls for compensation have gained momentum following disasters this year, including floods in Pakistan that left the country with a $30-billion damage bill.

But rich polluters including the United States and the European Union have for years resisted efforts that could lead to compensation, fearing spiraling liabilities. – Rappler.com