Ministers from more than 50 countries will sign a declaration calling for the protection of journalists at a UN conference in the Netherlands on Wednesday, December 9, the Dutch foreign minster said.

The World Press Freedom Conference in The Hague, which is being held virtually because of the coronavirus pandemic, will discuss how to tackle violence against media workers more effectively.

Speakers also include Philippine journalist Maria Ressa, targeted by criminal charges because of her news site Rappler’s criticism of the Duterte government, and the fiancee of murdered Saudi Arabian journalist Jamal Khashoggi.

“Journalists around the world need to be better protected so that they can fulfil their role as watchdogs of democracy,” said Dutch Foreign Minister Stef Blok at the start of the conference, which is backed by the UN culture agency UNESCO.

“The fact that we have more than 50 ministers participating in a World Press Freedom Conference is a first ever,” he said, adding that it would place “diplomatic pressure” on those that had not signed the declaration.

The Dutch minister said his own family had personally been affected by violence against journalists as his cousin, Financial Times correspondent Sander Thoenes, 30, was killed in East Timor in 1999.

Activist group Reporters Without Borders said earlier this year that the coronavirus pandemic was exacerbating the already significant threats to press freedom around the world.

Authoritarian states including China and Iran are taking advantage of virus restrictions to clamp down further on media and take measures that would not be possible to adopt in normal times, said RSF. 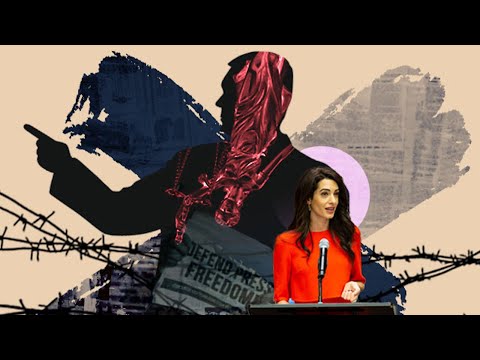 Disinformation and verbal attacks on the media by politicians in many countries have also been blamed for creating an increasingly difficult climate for many journalists to work in.

The Netherlands would contribute to protecting press freedom by expanding programs to support and train journalists, said Blok.

These include a “Shelter City” scheme to let journalists stay in the Netherlands to avoid threats in their home countries.

“By offering them support and training we show them you are not alone, we value your work,” Blok added. – Rappler.com