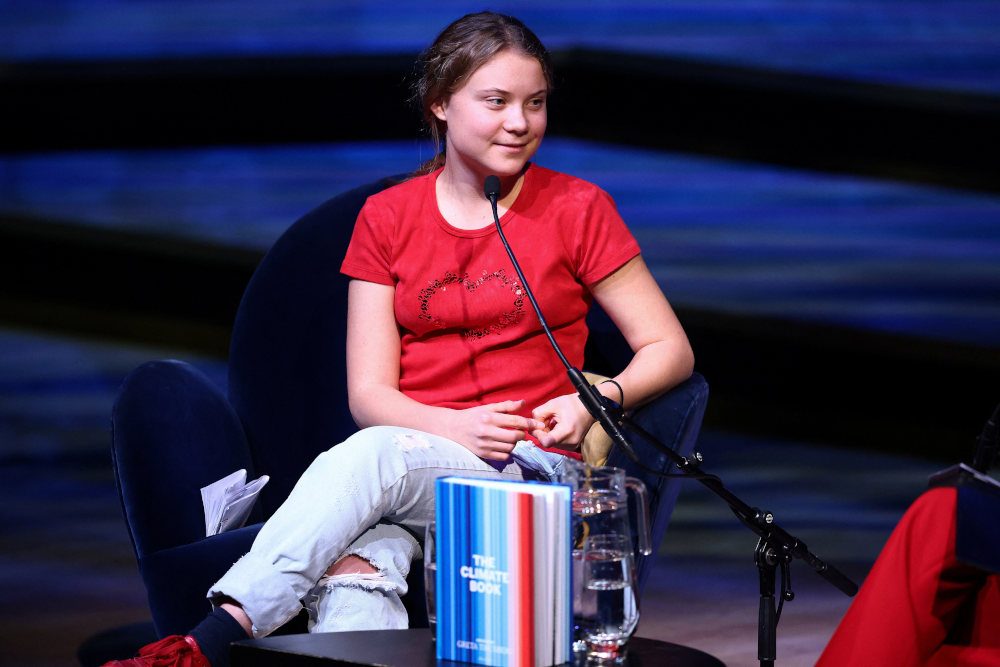 Facebook Twitter Copy URL
Copied
Greta Thunberg dismisses the looming climate summit, known as COP27, as an opportunity for 'people in power... to [use] greenwashing, lying and cheating'

LONDON, United Kingdom – Climate activist Greta Thunberg on Sunday, October 30, called out next month’s United Nations climate summit in Egypt for being “held in a tourist paradise in a country that violates many basic human rights.”

Speaking at the London Literature Festival at the Southbank Centre where she was promoting her new book, “The Climate Book”, 19-year-old Thunberg dismissed the looming climate summit, known as COP27, as an opportunity for “people in power… to [use] greenwashing, lying and cheating.”

While Thunberg did attend protests in Glasgow last year for COP26, she said she won’t attend COP27, scheduled to be held from November 6 to 18 in Sharm El Sheikh.

“The space for civil society is going to be extremely limited,” she said. “It’s important to leave space for those who need to be there. It will be difficult for activists to make their voices heard.”

Public demonstration is effectively banned in Egypt and limits on accreditation and attendance badges for activists have been a point of contention at previous U.N. climate summits.

Thunberg rose to prominence in 2018 at the age of 15 by staging school strikes in her native Sweden, becoming the face of the youth activist climate movement.

During Sunday’s event, she decried the “sustainability crisis” as a “crisis of information not getting through.”

Her book includes explanatory articles from over 100 climate experts, including renowned climate scientists Katharine Hayhoe and Michael Mann, as well as authors including Margaret Atwood.

“I wanted it to be educational, which is a bit ironic since my thing is school strikes,” she said.

Asked to comment on recent protest actions by Just Stop Oil activists which saw them throw soup at Vincent van Gogh’s ‘Sunflowers’ at London’s National Gallery, Thunberg said, “People are trying to find new methods because we realize that what we have been doing up until now has not done the trick. It’s only reasonable to expect these kinds of different actions.” – Rappler.com

Navalny, WHO, Thunberg among nominees for Nobel Peace Prize