Facebook Twitter Copy URL
Copied
'A Nobel Peace Prize for these organizations will be a recognition of the work they do, and it will recognize the thousands of journalists who report on conflicts,' says Norwegian politician Jonas Gahr Støre 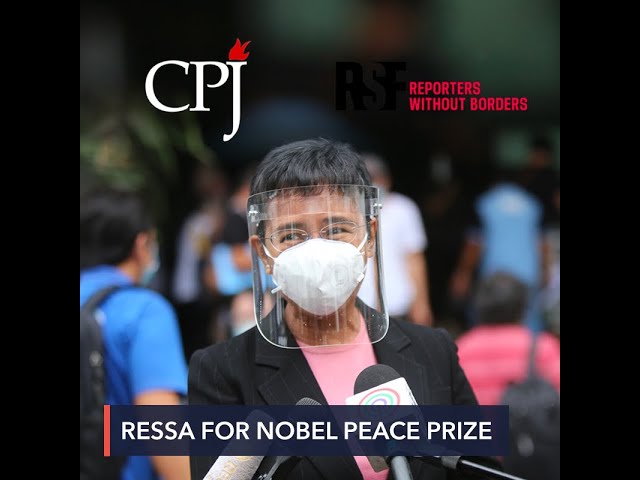 “In today’s world, Reporters Without Borders and the Committee to Protect Journalists are the two foremost organizations for promoting media freedom and protecting journalists. A Nobel Peace Prize for these organizations will be a recognition of the work they do, and it will recognize the thousands of journalists who report on conflicts,” Støre said.

He also recognized Ressa, who has been arrested several times for Rappler’s critical coverage of President Rodrigo Duterte’s administration.

“She is thus both a symbol and a representative of thousands of journalists around the world. The nomination fulfills key aspects of what is emphasized as peace-promoting in Alfred Nobel’s will. A free and independent press can inform about and help to limit and stop a development that leads to armed conflict and war,” Støre said.

Since the IFCN’s founding in 2015, its Code of Principles for fact-checkers now has 79 verified signatories in 51 countries.

US journalist jailed for 11 years in army-ruled Myanmar