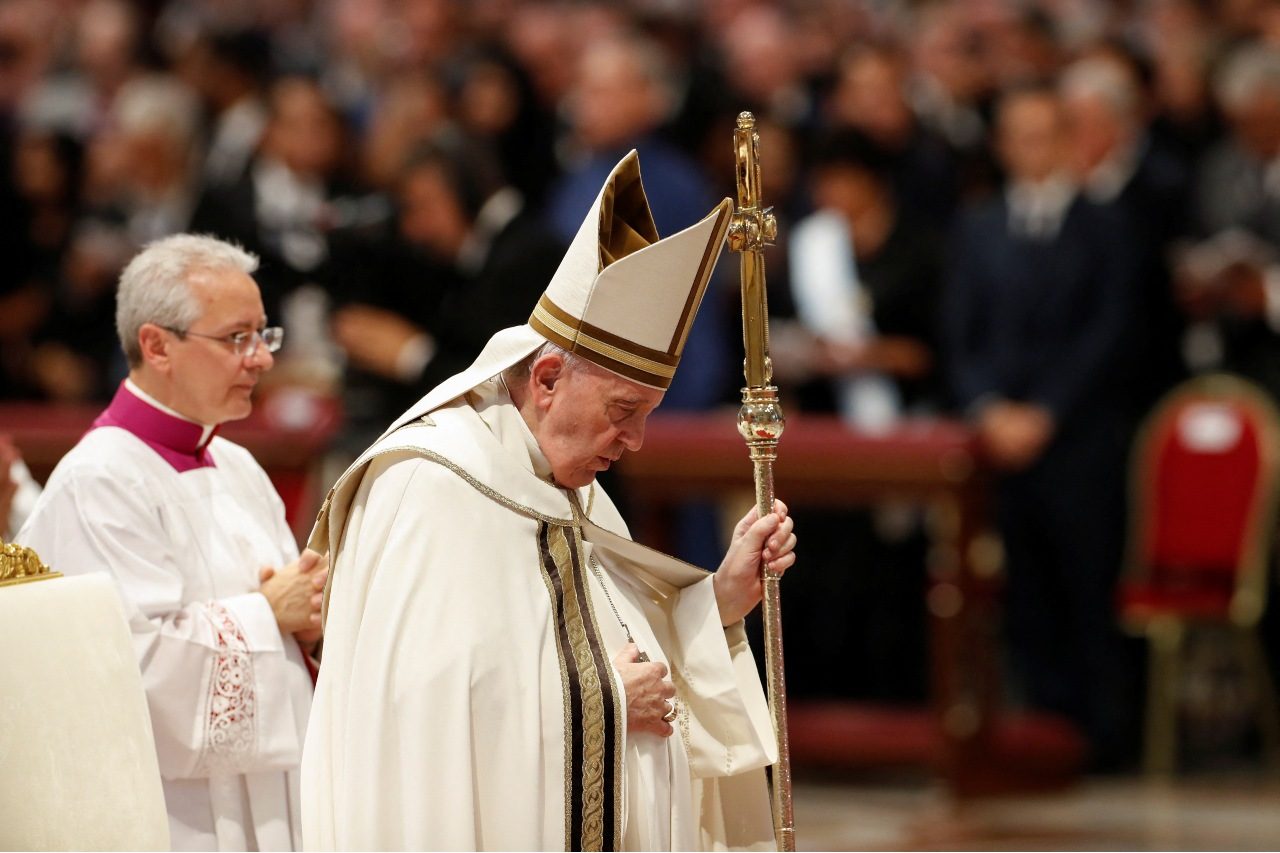 HOLY FATHER. Pope Francis attends a consistory ceremony to elevate Roman Catholic prelates to the rank of cardinal, at Saint Peter's Basilica at the Vatican, August 27, 2022.

VATICAN CITY – Pope Francis made an impassioned appeal on Sunday, October 2, to Russian President Vladimir Putin to stop “this spiral of violence and death” in Ukraine, saying the crisis there was risking a nuclear escalation with uncontrollable global consequences.

In an address dedicated to Ukraine and made to thousands of people in St. Peter’s Square, Francis also appealed to Ukrainian President Volodymyr Zelenskiy to be open to any “serious peace proposal”.

Francis said he was making an urgent appeal “in the name of God” for an end to the conflict and said it was “absurd” that the world was risking a nuclear conflict.

Speaking two days after Putin proclaimed the annexation of nearly a fifth of Ukraine and placed the regions under Russia’s nuclear umbrella, Francis also defended all countries’ right to “sovereign and territorial integrity”.

“My appeal goes above all to the president of the Russian Federation, begging him to stop this spiral of violence and death, even out of love for his own people,” Francis said.

“On the other side, pained by the enormous suffering of the Ukrainian population following the aggression it suffered, I address an equally hopeful appeal to the president of Ukraine to be open to a serious peace proposal,” he said.

Kyiv and its Western allies have condemned Putin’s annexations as illegal, and Zelenskiy has said his forces will continue their fight to recapture all Ukrainian territory occupied by Russian forces. – Rappler.com