NEW ASSIGNMENT. Cardinal Luis Antonio Tagle, the Vatican's evangelizer-in-chief, is now also a member of the Administration of the Patrimony of the Holy See. 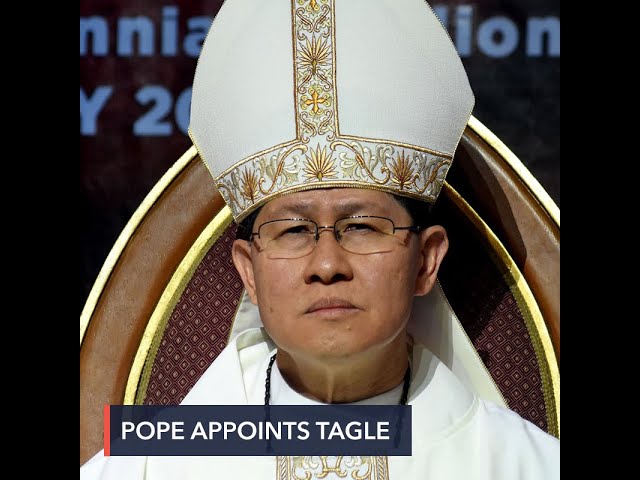 Pope Francis appointed two of his closest allies from the developing world, including evangelizer-in-chief Cardinal Luis Antonio Tagle of the Philippines, as members of the powerful body that acts as the Vatican’s central bank.

The Vatican announced on Monday, February 22, the appointment of Tagle and Cardinal Peter Turkson of Ghana as members of the Administration of the Patrimony of the Holy See (APSA).

Tagle, former archbishop of Manila, is prefect of the Congregation for the Evangelization of Peoples or “Propaganda Fide,” while Turkson is prefect of the Dicastery for Promoting Integral Human Development. Both have been touted as potential successors of Francis.

Their appointments come as the Pope continues to reform the scandal-ridden finances of the Vatican.

The APSA is the Vatican department “responsible for administering the real estate and movable assets owned by the Holy See,” to fund the Vatican bureacuracy.

Effective January 1 this year, the Pope transferred to APSA “the ownership of the funds and bank accounts, movable and immovable investments, including shareholdings in companies and investment funds, hitherto held in the name of the Secretariat of State.”

Veteran Vatican analyst John Allen Jr wrote in December 2020, “In effect, Francis took away the power of the purse from the Secretariat of State, traditionally the Vatican’s 800-pound gorilla, and transferred it to the Administration of the Patrimony of the Apostolic See (APSA), the Vatican’s central bank.”

The APSA has traditionally been a big part of the Vatican’s financial crisis, Allen explained. “Everyone in Italy knows that the dirty money in the north of this country goes to Switzerland, in the south it goes to Sicily, and in the middle it goes to APSA,” a lay Italian economist had told Allen. “APSA is the real problem.”

The Pope has named Tagle, often dubbed as “the Asian Francis,” to key Vatican posts – including his position as prefect of Propaganda Fide, in chage of spreading the Catholic faith around the world. Tagle is concurrently president of Caritas Internationalis.

In May 2020, the first Jesuit pontiff also broke tradition to raise Tagle to the rank of “cardinal-bishop,” making him the highest ranking Filipino bishop in history. – Rappler.com