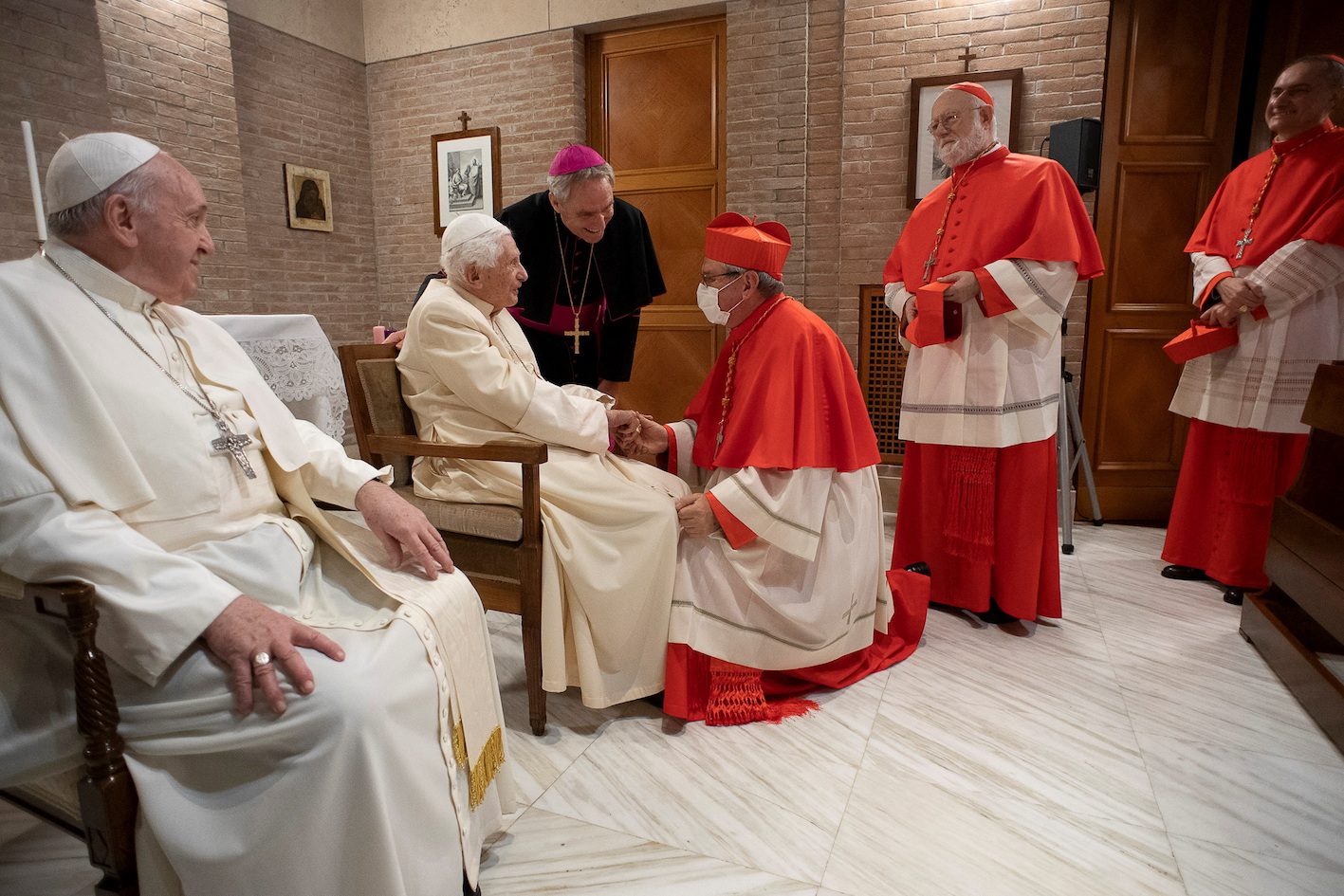 Facebook Twitter Copy URL
Copied
There is near universal agreement among leaders in the 1.3 billion-member Church on the need for protocols now that papal resignations are no longer unthinkable

VATICAN CITY – Pope Francis has quashed rumors that he plans to resign anytime soon but his planned visit next weekend to the Italian city of L’Aquila will underscore the Catholic Church’s need to regulate the status of pontiffs who step down instead of ruling for life.

L’Aquila is the burial place of Celestine V, who resigned as pope in 1294 after only five months to return to his life as a hermit, establishing a papal prerogative. Pope Benedict XVI, who in 2013 became the first pontiff in about 600 years to resign, visited L’Aquila four years before stepping down.

When the Vatican announced in June Francis’ August 28 trip to L’Aquila – to attend an annual “feast of forgiveness” – it fueled speculation that a conjunction of events – including the induction of new cardinals the day before the visit and meetings the day after on the Vatican’s new constitution – could foreshadow a resignation announcement.

However, in an exclusive interview with Reuters on July 2, Francis, 85, laughed the idea off, saying “it never entered my mind”, while leaving open the possibility that he could step down for health reasons in the distant future.

Church law says a pope can resign, provided he does so willingly and not under pressure, but it lacks specific rules on his status, title, and obligations afterwards.

Before Benedict abdicated on February 28, 2013, he scripted his own rules, investing himself with the title pope emeritus, deciding to continue to wear white and to live in the Vatican.

But his presence has caused some confusion among the faithful, with some right-wing conservatives still refusing to recognize Francis as pope.

Francis wants to set rules for former popes in stone in canon (Church) law. But he is loathe to do so while Benedict, 95, is still alive as it could be seen as insensitive, according to a senior Vatican source.

Since stepping down, Benedict has occasionally allowed his views on specific subjects to be aired outside the Vatican, to the delight of some fellow conservatives who have used them as ammunition to contest his successor’s more open-minded and inclusive papacy.

There is near universal agreement among leaders in the 1.3 billion-member Church on the need for protocols now that papal resignations are no longer unthinkable.

Cardinal George Pell, a leading conservative close to Benedict, says that while a retired pontiff could retain the title of “pope emeritus”, he should return to being a cardinal, and be known as “Cardinal (surname), Pope Emeritus”.

Pell also says a former pontiff should not wear the white papal cassock, as Benedict does. It is important for Catholics to be clear that “there is only one pope”, he told Reuters in a 2020 interview.

Academics and canon lawyers at Italy’s Bologna University say the Church cannot risk even the appearance of having “two heads or two kings” and have proposed a set of rules.

They say a pope who resigns should not return to being a cardinal, as Pell proposes, but be known as “Bishop Emeritus of Rome”. They say he could wear white “in public appearances”.

He could live anywhere but should avoid writings or statements that could be seen to be “in competition” with his successor, the proposal says.

Any papal document would likely take the form of an Apostolic Constitution decreeing changes in Church law.

Francis says that if he does resign for health reasons, he wants to be known as Bishop Emeritus of Rome. He would live in the Italian capital because “it is my diocese” and not return to his native Argentina.

He wants to live modestly in a residence for retired priests and close to a church where he could hear confessions.

Asked in the Reuters interview when he thought that might be, Francis said: “We don’t know. God will say.” – Rappler.com