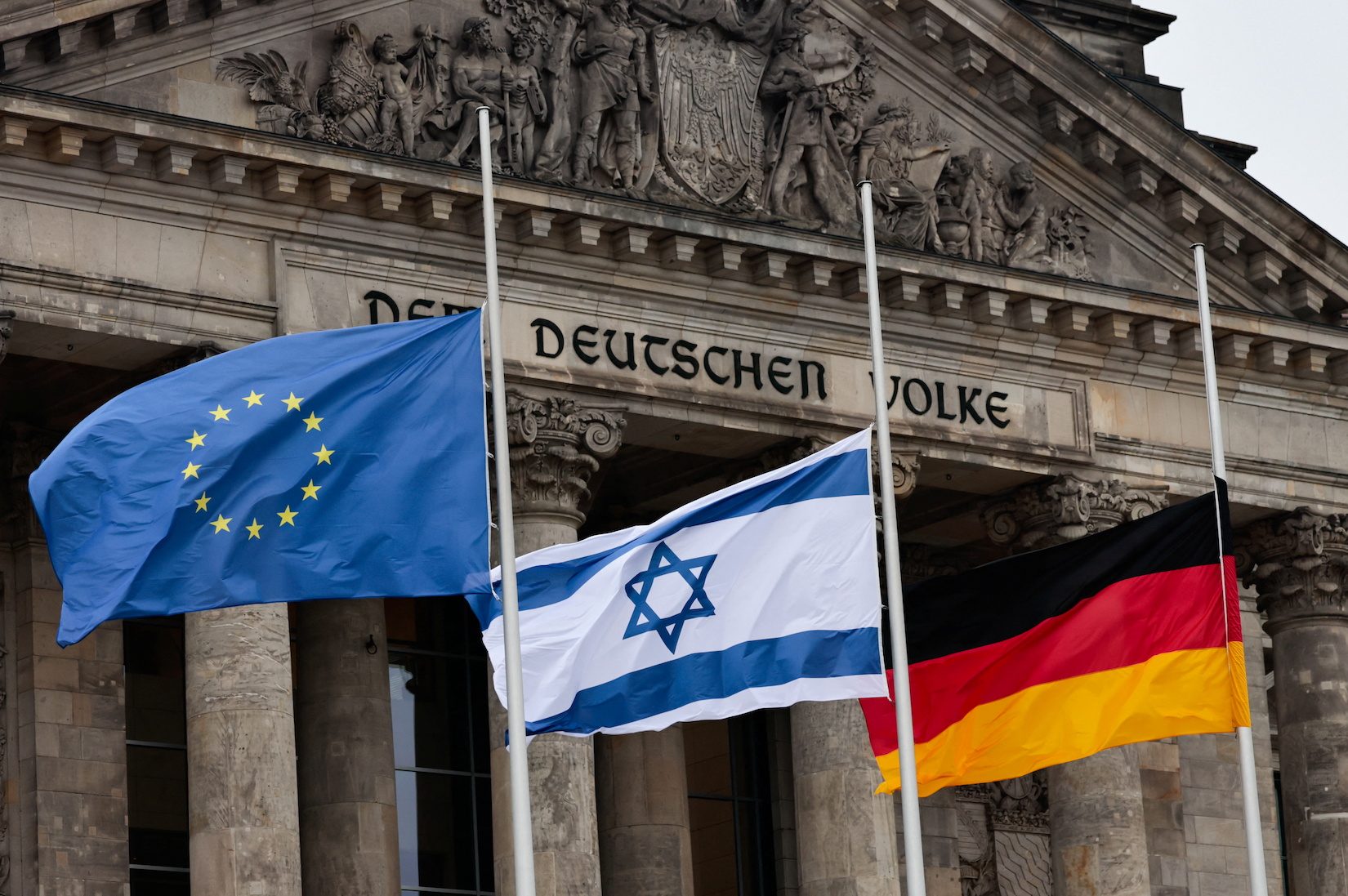 The flags of Israel, Germany and the European Union are seen outside German Federal Parliament, Bundestag on the International Holocaust Remembrance Day, in front of Reichstag building, in Berlin, Germany, January 27, 2022. REUTERS/Hannibal Hanschke

JERUSALEM – Protesters against COVID-19 measures who liken themselves to Jews under Nazi persecution are stoking global anti-Semitism, the Israeli government said in a report marking International Holocaust Remembrance Day.

Such Holocaust tropes have become “widespread” and, along with violent demonstrations linked to Israel’s May war in Gaza, were main factors behind physical or online attacks on Jews in Europe and North America last year, said the 152-page report by the Diaspora Affairs Ministry.

Several US and British politicians have in recent months apologized after suggesting vaccine or lockdown policies recalled Hitler’s regime.

Some demonstrators against pandemic curbs have worn yellow stars like those the Nazis forced on European Jews.

Such displays showed factual knowledge of the genocide was eroding, the report said, adding that some COVID-19 agitators have been “consuming and disseminating anti-Semitic conspiracy theories that Jews are responsible for the crisis and are using it for oppression, global domination, economic gain, etc”.

Expanding on the findings, Diaspora Affairs Minister Nachman Shai said Holocaust distortion or trivialization is itself anti-Semitic and can sometimes lead to actual endangerment of Jews.

“There are people so fraught with hate who can, when faced with such imagery, be tipped over into action,” he told Reuters.

The Combat Antisemitism Movement (CAM), a US-based non-profit, said that in 2020 and 2021 it had found 63.7 million engagements – participation, sharing or “liking” – during online discussions linking the pandemic to the Holocaust.

Yad Vashem, Israel’s main Holocaust memorial, has urged world leaders to come out against such discourse – a call
apparently heeded by UN Secretary-General Antonio Guterres, who on Monday said the yellow star protests were “reprehensible”.

“COVID brought Holocaust trivialisation to a summit,” said Yad Vashem chairman Dani Dayan. “Things like that, sometimes done by politicians, by public figures, are despicable and Yad Vashem is very clear in demanding those persons retract.”

Former Israeli Chief Rabbi Israel Meir Lau, whose parents and brother were among the six million Jews killed by the Nazis and who himself survived a concentration camp as a child, had a more personal appeal during a Reuters interview.

“Please leave the word ‘Holocaust’ for the Holocaust – and nothing but it,” he said. – Rappler.com