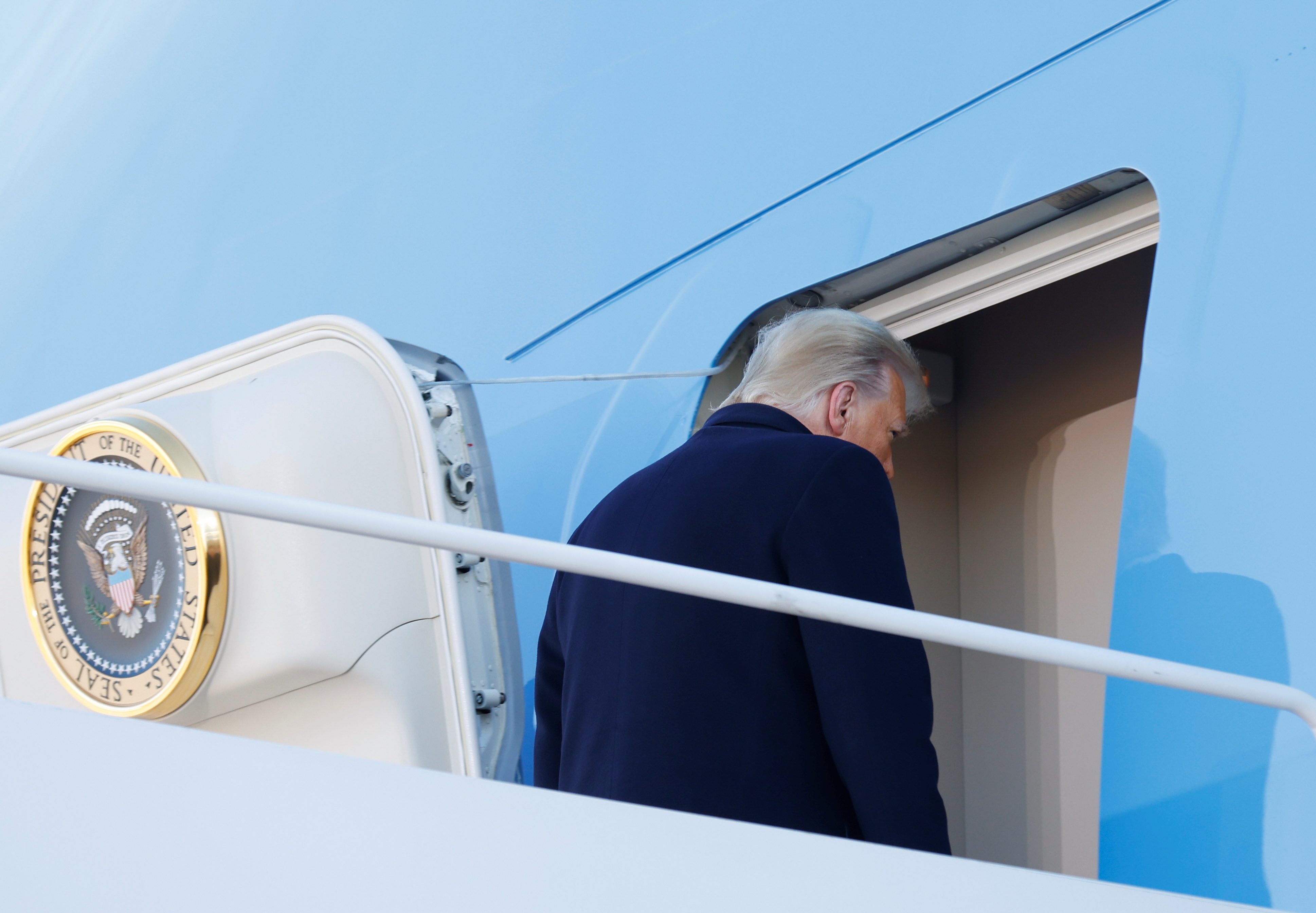 TRUMP EXITS. US President Donald Trump boards Air Force One at Joint Base Andrews, Maryland, US, on January 20, 2021.

President Donald Trump left the White House and Washington for a final time as commander-in-chief on Wednesday, January 20, after a tumultuous presidency stained by two impeachments, deep political divisions, and a pandemic that caused 400,000 US deaths.

The Republican president departed the White House with his wife, Melania, saying it had been a great honor to serve and giving a final wave as he boarded the Marine One helicopter for Joint Base Andrews, where he delivered farewell remarks.

“So just a goodbye. We love you. We will be back in some form,” Trump told supporters before boarding Air Force One for a flight to Florida. “Have a good life. We will see you soon.”

The plane then taxied and lifted off as Frank Sinatra’s classic song “My Way” played over the loudspeakers.

Trump left a note for his successor, Democrat Joe Biden, a spokesman confirmed. Trump has declined to mention Biden’s name even as he wished the incoming administration luck on his way out of office. Trump, 74, bade his farewell hours before Biden was to be inaugurated. That made him the first outgoing president since Andrew Johnson in 1869 to skip the Inauguration Day ceremony that marks the formal transfer of power, in a final display of pique at his failure to win reelection in November.

Trump’s arrival at his Mar-a-Lago club in Palm Beach is being timed to get him behind the wall of the resort before Trump’s term as president expires at noon.

“I will always fight for you. I will be watching. I will be listening. And I will tell you that the future of this country has never been better,” Trump said in his final public remarks. “I wish the new administration great luck and great success. I think they’ll have great success. They have the foundation to do something really spectacular.”

Trump has a long way to go to rebuild an image left in tatters by his stormy presidency, particularly the final months. Trump now has a unique place in history – as the only president ever impeached twice.

Even after he leaves office, the Senate is still to hold a trial on the impeachment charge brought by the Democratic-led House of Representatives that Trump incited an insurrection in connection with the January 6 deadly storming of the US Capitol by his supporters. Its outcome could determine whether he will be disqualified from running again for president.

“He is going to be as an asterisk president, a one-termer who did more damage than good,” said presidential historian Douglas Brinkley.

Trump maintained to his last days in office that the November 3 election was stolen from him, according to sources familiar with the situation.

Courts have rejected his campaign’s unsubstantiated claims of widespread voter fraud and his vice president, Mike Pence, led the US Congress in certifying Biden’s victory over Trump’s objections, after the protesters had been cleared from the Capitol following the deadly assault.

The Washington that Trump leaves behind is being guarded by 25,000 National Guard troops, while the National Mall, traditionally thronged with spectators on Inauguration Day, is closed to the public because of threats of violence from groups that attacked the Capitol.

While preoccupied with fighting the election results, Trump did not put a dent in the spiraling death toll from the coronavirus, which crossed the grim 400,000 mark in the United States on Tuesday, January 19, the most of any country. Pandemic-related shutdowns and restrictions have also cost millions of Americans their jobs.

In his farewell remarks, Trump acknowledged the suffering visited upon Americans during the pandemic. The president downplayed the risks of the coronavirus in the pandemic’s early stages and did not model consistent wearing of a mask to stop its spread. 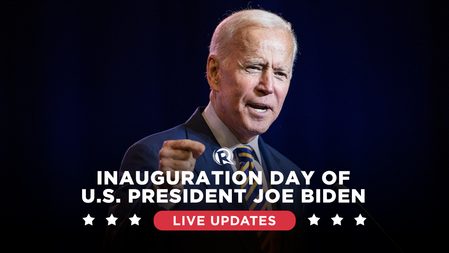 The New York Times reported that many of his resorts have been losing millions of dollars and that hundreds of millions in debt must be repaid within a few years.

Trump must also decide how to stay involved in politics as he has said he will do. He has talked of using a super PAC (political action committee) for supporting candidates who try to oust Republicans who he believes have crossed him politically.

But whether he can maintain his grip on the Republican Party will remain to be seen.

“I would predict in the not-too-distant future that American political candidates will be more motivated to show that they are unlike Trump than candidates after 1974 were to show that they were unlike (Richard) Nixon,” said presidential historian Michael Beschloss. Nixon resigned in 1974 over the Watergate scandal. – Rappler.com