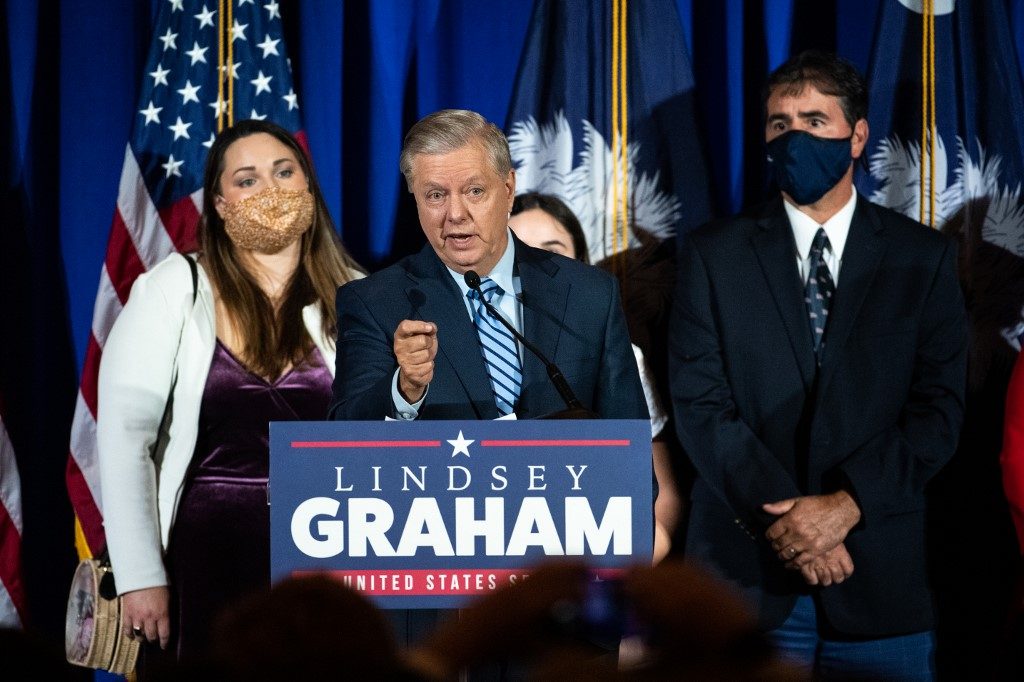 Two Senate allies of Donald Trump on Thursday, November 5, warned that Republicans may reject the legitimacy of vote results if they turn against the embattled president.

As a few Republicans distanced themselves from Trump’s unsubstantiated allegations of fraud in Tuesday’s election, Senators Lindsey Graham and Ted Cruz enthusiastically backed him in back-to-back appearances on Fox News.

“I’ll tell you the president is angry and I’m angry and the voters ought to be angry,” Cruz told the network’s host Sean Hannity, whose evening show is a favorite of Trump.

“We need to get in there now,” Cruz said of voting centers.

Pennsylvania officials say they will continue counting votes from Tuesday’s election until they have accounted for all ballots.

The state’s Republican-led legislature had refused to allow the counting of votes before Election Day despite a deluge of mail-in ballots due to safety concerns in the COVID-19 pandemic.

The final ballots being counted are largely from Philadelphia and are expected to favor Biden, who would capture the White House with a victory in the state. Asked by Hannity if the Pennsylvania legislature could refuse to recognize the results and instead give the state’s electoral votes to Trump, Graham replied, “I think everything should be on the table.”

“Philadelphia elections are crooked as a snake. Why are they shutting people out? Because they don’t want people to see what they’re doing,” said Graham, who easily won reelection Tuesday in South Carolina despite a major push by Democrats.

Trump’s campaign has pushed for its observers to have closer access to vote counting.

The city had allowed in the observers but asked them to keep a distance of at least 15 feet (4.5 meters) due to the risk of COVID-19 transmission.

A court Thursday sided with the Trump campaign and permitted the observers to approach closer but the Philadelphia Board of Elections appealed to the Pennsylvania Supreme Court, saying that the observers had sufficient access in line with the law. – Rappler.com