Editor’s note: CommuniCart features stories for and about MSMEs. It’s a space where small businesses can advertise at friendlier rates and also find helpful resources they can use to grow their brand. Work with us by emailing CommuniCart@rappler.com. This piece is in partnership with Likha Creative Entrepreneurship Summit 2022.

Last September 17 to 18, the Likha Creative Entrepreneurship Summit brought together hundreds of business leaders and creatives to answer the question: How far can you push your business with imagination?

For the five speakers of the summit, all outstanding leaders of their respective businesses, it seemed to be the secret sauce to their flourishing careers.

The summit showcased inspiring talks from self-driven entrepreneurs like graphic designer AJ Dimarucot and Dream Project PH founder Prim Paypon, who both forged their own paths to achieve their current success.

Dimarucot, a self-taught graphic designer, tells the story of how his career began with curiosity about creating drop shadows on text (a feature that was not yet automated in his college years).

“Creativity is wanting to learn something,” said Dimarucot. The pursuit led to his experimentation with Photoshop, which led to college organization logos, to a stint in freelance t-shirt designing.

Through his natural pursuit of curiosity, and a shot of courage (“So I have this design…” Dimarucot recalls saying once to an NBA player’s representative after a chance meeting in a bar), the graphic designer found himself collaborating with brands like Nike, the Jordan Brand, and adidas. He now brings this go-getter energy to his own playful children’s clothing brand, googoo&gaga.

Paypon, on the other hand, came from an executive corporate position and left it all behind to pursue his childhood dream of serving communities through an NGO. His talk revolved around his inspiration from his recently-departed mother, who herself was able to sustain her nine children through creativity and sheer willpower.

His arduous journey of establishing Dream Project PH and becoming a “Dreamagineer” required him to learn how to personally build mud houses, hydroponics systems, and other infrastructures seemingly out-of-reach for a person with no relevant training. His dream and his imagination, however, proved larger than any doubt.

Now, The Dream Project PH has created over 200 sustainable concept projects and collaborated with over 380 groups across the country over nine years. “Dreams are more powerful than poverty,” Paypon said, and his talk ended with a standing ovation.

Alvarez-Abrera, who had been working on her TikTok account which has now amassed over 130,000 followers, shared her journey of cracking the platform’s code through an exploration of communication models.

After many months of trying to replicate her one viral video during the early stages of her TikTok account, she came to a revelation. Instead of viewing TikTok as a linear communication model, she shifted to the interactive Westley and Maclean model, where the message (or content) starts with the environment, and is then processed in feedback loops by senders, receivers, and gatekeepers ( which are the creators, viewers, and the algorithm, respectively).

Through the process, Alvarez-Abrera was able to hone into what her viewers respond to, as well as how she can interact with both her audience and the algorithm to achieve the results she wants. “Don’t just consume content; find a way to synthesize. Nourish your own thought process,” urged Alvarez-Abrera.

In the same vein of exploring perspectives, popular education YouTuber Lyqa Maravilla talked about the roots of Filipino creativity through idioms, and how creatives can harness this mindset for purpose-driven work.

She shared how diskarte embodies Filipino creativity. The word’s etymology stemmed from the Spanish descartar, which means to throw away. For centuries, a facet of Filipino creativity has alway been about taking discarded materials and making something out of nothing – like making the proverbial round hole larger to fit the square peg.

Another idiom that Maravilla played with is that you can’t teach an old dog new tricks. “You can teach a dog new tricks, but you can’t teach them using old ways,” she said. She shares how a senior-aged follower of hers was able to pass the civil service exam with the help of her videos – all thanks to her creative approach to education.

Finally, Emmy-winning director, designer, and creator Chris Do delivered his keynote talk on how choosing a mindset that attracts success helps creatives manifest their goals.

His interactive talk involved quizzing the audience about comparing a poor versus a rich mindset. According to Do, a rich mindset means investing time in personal development, choosing skill over money, and believing that success is inevitable, among other things.

On the second day of the summit, Do also conducted a social media mini-master class. There, he taught the group how to find their audience and tell their brand’s stories effectively on the internet.

“Creation is about creating and releasing tension,” Do said. Case in point, he used creators like MrBeast or Dr. Julie Smith as examples of storytelling formulas that work. In the end, it’s about creating a hook and teasing the audience with the carrot, and retaining their attention with twists until the end.

Overall, participants of the Likha Creative Entrepreneurship Summit left the conference chock full of insights and inspiration that can add value not only to their businesses, but to their personal endeavors.

“I wanted to bend reality because I had imagination,” Do said on taking business risks. Like a common thread in each speaker’s talk, it seemed like the recipe to creative entrepreneurship is clear: It’s a commitment to action coupled with personal development, good old hard work, and most importantly, a mindset predisposed for success.

To stay updated on the latest news from the Likha Summit, follow their page on Facebook. – Rappler.com 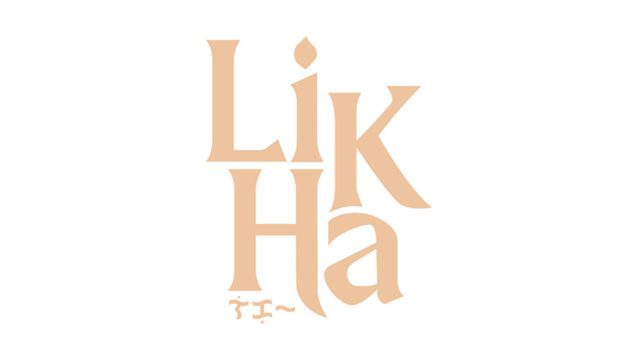 Fil-Am entrepreneurs have much to be thankful for despite pandemic