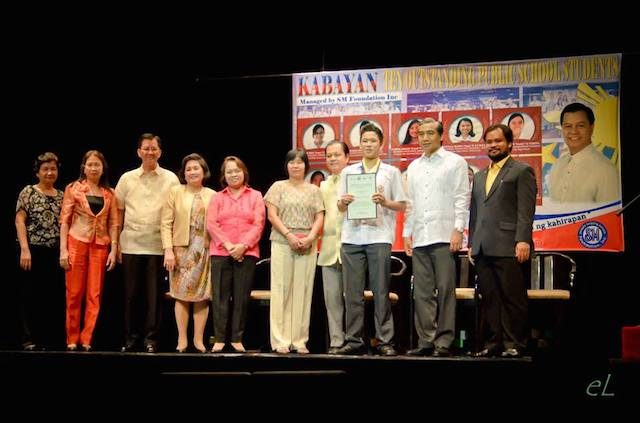 MANILA, Philippines – There are around 10.7 million Filipinos who suffer from asthma today. That’s almost 1 in every 8 individuals who regularly deal with weakness, exhaustion, and shortness of breath during an unexpected asthma attack.

Those living with asthma know that its effects go beyond the physical. When its symptoms strike, normal routines suffer. School, work, and daily life are affected too.

It is challenging enough to learn to cope with the disease. But some choose to rise above it, and even use their condition as a motivation to succeed. Christian Lacza and Teesha Banta, two winners of GSK’s Search for Winners Against Asthma, share their stories.

Not an excuse to quit

Christian Lacza, 17, a 2nd year student at Philippine Normal University, has been diagnosed with asthma since birth. Growing up, his symptoms were so severe that he was brought in and out of the hospital almost weekly.

“I remember when I was in Grade 3,” he recalls. “[For] almost a month or maybe two weeks out of every two months I had to be absent from school.

“That’s when I realized that this was a bit different,” Christian says. “I had difficulty coping with my studies especially when I would get asthma attacks, and sometimes they would happen during exam period.”

Early on, Christian realized that his involvement in physical activities such as sports would be limited by his condition. So he decided to concentrate on excelling in academics. In 2014, he was chosen as one of the Kabayan Ten Outstanding Public School Students. He also participated in extra-curricular activities, such as public speaking.

One of his most memorable “attacks” took place during an oratorical competition.

“One time during second year high school, I was part of a regional oratorical competition,” Christian says. “Then I was also part of an invention competition that was going on at the same time. During that time, my asthma was acting up.”

He did not use his condition as an excuse to quit. “I had to orate in the morning and present my invention project until 6 pm afterwards. But I was able to push through. During the oratorical, I was really coughing during my speech.” His persistence paid off; he was successful in his divisional bracket and he went on to compete in the regionals.

“It was only then,” Christian reveals, “when I realized that when you really want something, you can push through.” A doctor with asthma

Teesha Banta, 23, is a third year medical student at St. Luke’s College of Medicine. She comes from a family of asthma sufferers. In her case, the disease did not manifest until she was already in college.

Her first asthma attack happened during Valentine’s Day. “My roommate had received a bouquet of flowers,” Teesha recalls. “Then for the next few days, I had trouble breathing. I called my mom, I said ‘Mommy, why I can’t I breathe? I’m well rested already.’” It turns out that the pollen in her roommate’s flowers triggered the attack. Initially, Teesha was not bothered by her condition. She was already familiar with the effects of asthma, since her own mother suffered from it.

“At first, my asthma wasn’t that bad. And I’d seen it before with my mom. I actually used to wonder why people would be absent just because of asthma,” Teesha says.

“[It started to get] worse after I started medical school,” she continues. “I started to get nervous because I would need to be absent for a whole week before exams. Then sometimes after exams, I would have to be absent again so I could rest. That was when I would get worried.”

Teesha’s asthma worsened to the point where she had to take a break from her studies. Still, she persevered and took a part-time job as a high school science teacher during her break.

She has since gone back to her medical studies full-time.

“I reached a point where people would ask me, ‘Are you still going to be a doctor? How can you study medicine when you have asthma?’” Teesha says. “So I also started to question whether I could do it. But I reminded myself that medicine is my desire and my passion.” 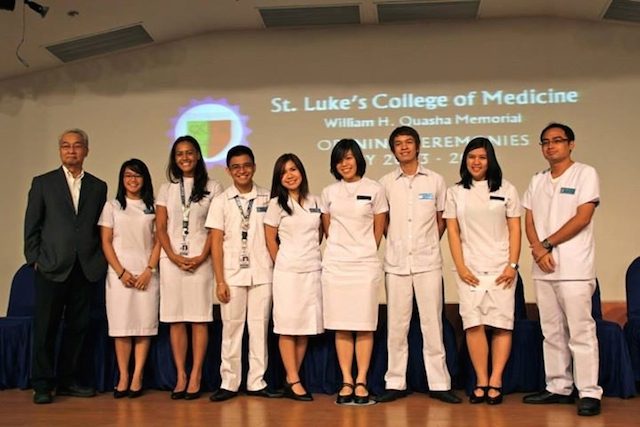 Dealing with asthma can knock you down and keep you there if you let it (READ: Is it asthma?). But according to Christian and Teesha, having a goal can help you to get back on your feet and continue the fight. For these two, asthma has been more than just a stumbling block; it has also been their best teacher and constant motivator.

“Ever since my father died when I was nine years old, my mindset has been to help out my mother,” Christian says. “I have no other way to do this other than in academics, because my body is not that strong. I can’t work after school. I have to really pursue a degree so I can work in a professional field.”

His advice to other asthmatics is to adopt the same mentality.

“If you focus on your asthma and being an asthmatic, you cannot do anything. When you realize that you have asthma but you still try find your purpose, to fulfill what interests you the most, you will excel. You can beat asthma as long as you’re focused on your goal. Once your asthma becomes your focus, you will lose,” Christian says.

Meanwhile, Teesha hopes to one day be on the other side of the doctor’s desk so that she can help others to pursue their own dreams.

“Things will get better,” Teesha says. “As asthmatics, we are stronger if you think about it. We are struggling and fighting two things: the things that normal people go through, plus our asthma.” – Rappler.com

Disclaimer: Teesha Banta and Christian Lacza, with his parents, gave their full consent to be interviewed and featured for this article.

Pediatric asthma control in Asia: Phase 2 of the Asthma Insights and Reality in Asia-Pacific (AIRIAP 2) survey

A Health Service Message brought to you by GSK