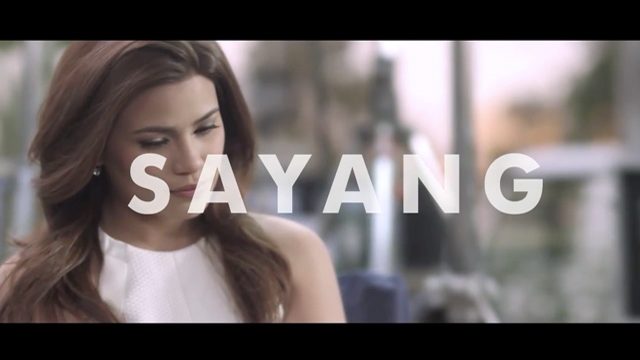 MANILA, Philippines – Becoming a single mom is hard enough as it is. Imagine if your pregnancy made it to national headlines.

One would think that Denise Laurel would be impervious to all the buzz. After all, she’s no stranger to public intrigue. She grew up in a powerful political family. She’s been in showbiz for years. Aside from her fair share of teleseryes, she’s done stints in theater and in an international show.

But many forgot that she was still a young woman. That she still felt, acted, and decided like one. And so the accusations hurt.

“When the news spread of my pregnancy, people were like, sayang, she’s at the top of her game. People would immediately make up stories about me or assume that I’m malandi (a flirt), or a woman of the world,” she said.

Sayang: What a waste. As if getting pregnant meant the end of her life.

But here’s the thing: if she were the father, would she be called “sayang?” Guys who get girls pregnant are called studs. They’re called heroes when they accept the responsibility. Meanwhile, the girl gets condemned and judged. She’s called foolish: for not being careful, for not thinking things through. Why can’t the burden be equal?

The derogatory label was a challenge. “For me, it was challenge accepted,” said Denise. So what if she got pregnant out of wedlock? She didn’t need to shame the father, act like the victim, or keep it under wraps. She had her family’s support. She knew she could raise the child, even on her own. She didn’t need the public’s pity – much less their scorn.

“Was I unfairly judged? Yes,” Denise admitted. “But then, did it stop me? No. Did it make me stronger? Yes. Will it keep me going? Hell yes.”

And keep going she did. After she gave birth, she picked up her career right where it left off. The “disgrasya” (disgrace) that people talked about is now a handsome 3-year old. Denise calls him her blessing. She wouldn’t have had it any other way.

“Being a single mom is really empowering, because there’s more purpose. I wanted to show people that no matter what happens to you, it should never stop you from doing what you want to do,” Denise said.

Why are we telling her story? It’s not a new tale, yes. But not all single moms had the “happy ending” Denise enjoys now.

So to other independent mothers: It’s okay to stand up for your choices. And to those who surround them: they need our support. Whip away the discrimination once and for all. Stop saying “sayang.” Is it really so hard to do? – Rappler.com