[#RapplerReads] To Filipinos who want to go abroad… 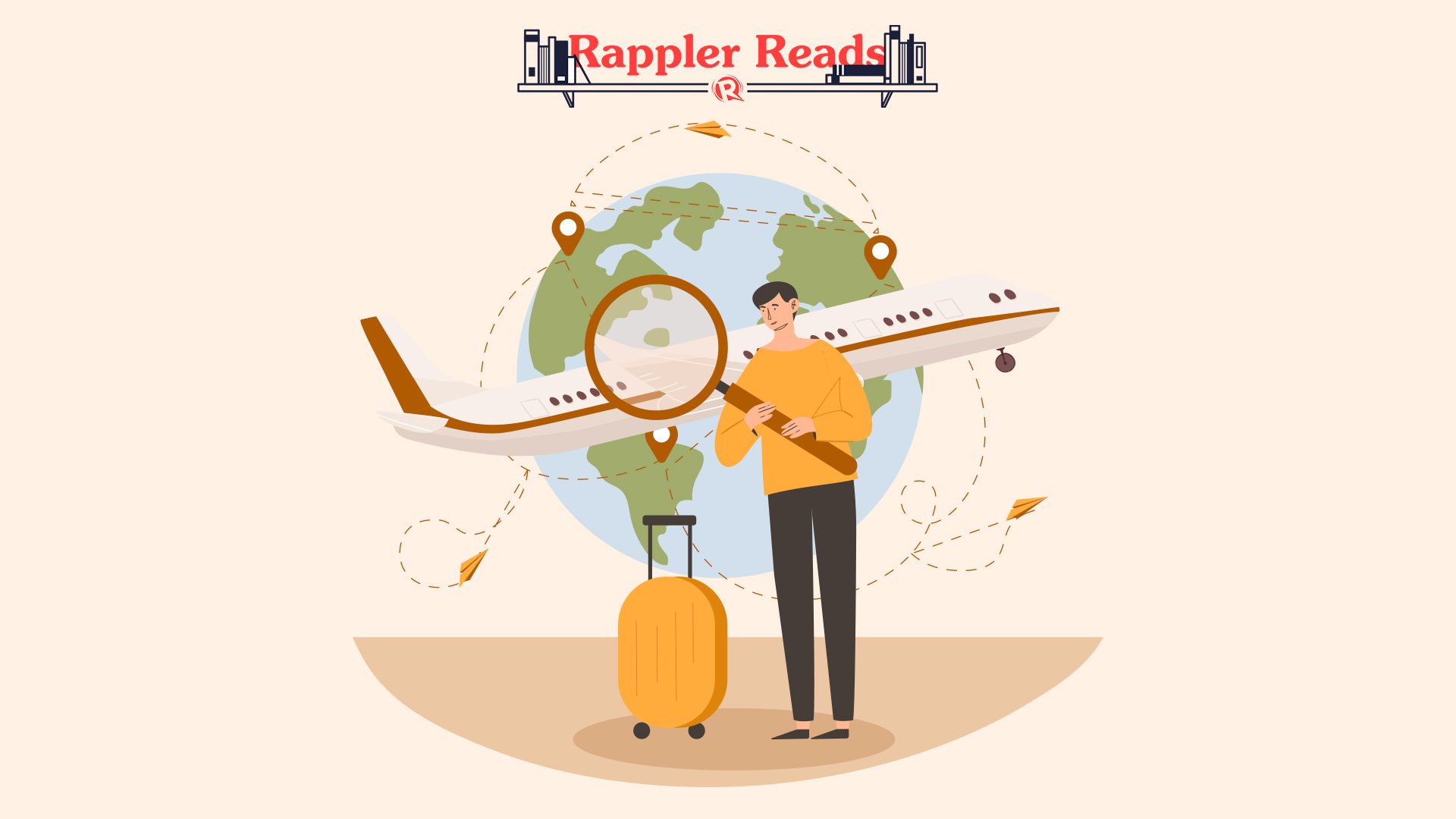 If I had a piso [Philippine one-peso coin] for every time someone mentioned this to me this year, I wouldn’t be rich but I’d probably have enough to buy iced coffee.

Since travel restrictions started to ease this 2022, many have started going on long vacations to cities more than an hour away – or even other countries. This has renewed in us the drive to get away from our homes and the places we were stuck in during the past two years.

When combined with the fact that we just elected a new president, vice president, senators, and local government officials – sadly, leaders with ill-gotten wealth, a pending disbarment case, or graft and plunder charges – it’s understandable that Filipinos wish to go abroad and leave the country forever.

Like many, I’ve also had this thought. Maybe you have, too. This one’s for us.

Now that other countries are once again on the horizon for Filipinos wishing to escape the country, I find myself wondering why, as a nation, we’ve always had the “American dream” – a phrase defined by Merriam-Webster as a “happy way of living […] that can be achieved by anyone in the U.S. by working hard and becoming successful.”

While the term’s definition has changed over the years, for Filipinos it still connotes the freedom to leave the Philippines and pursue financial success in other countries, such as the United States of America.

Why do Filipinos leave behind everything they’ve known their whole lives for the chance to start somewhere new? It’s because they believe hindi na magbabago ang Pilipinas [the Philippines will never change.]

This is one of the reasons mentioned by most people I’ve talked to when they told me about their desire to go abroad. It’s not something I refute. After all, we did elect the son of a dictator. Our traffic problem is still as bad as ever, despite the new roads being built left and right. The things we’re known for in the international community are still the same. The Philippines is as it has always been.

But will going abroad solve all of our problems?

Around the time I was starting to meet up with my friends – and going abroad was always a topic of conversation – I chanced upon Mia Alvar’s debut book In the Country, a collection of short stories featuring Filipinos in the 1970s. Before I delve into it, I have to note that the stories were set during the Marcos dictatorship, a time that systematized the labor outmigration of Filipinos.

The book tells the stories of various people we associate with going abroad: balikbayans [returning Filipinos], Americans traveling to the Philippines, family members of Overseas Filipino Workers (OFWs), and Pinoy housemaids who are OFWs themselves.

They have their own problems, such as falling in love with the wife of their foreign employer or grappling with the death of a friend. But there’s a common theme in all of these stories: the feeling of displacement palpable in each word.

In In the Country, diasporic Filipinos living in different countries are in search of a home and always look back to the Philippines. They may have “better” lives in Bahrain or are just on a vacation to their childhood home to visit an ailing father, but wherever they are there is a feeling of loss and the desire to connect with someone: the family they left behind or their past selves.

One thing’s for sure: Filipinos abroad aren’t always happy. Going abroad doesn’t solve all problems. You might have already heard this from relatives overseas, but I’ll repeat it again. In Alvar’s stories and for many Filipinos in real life, going abroad is an answer to financial worries. OFWs can earn more abroad and then remit their earnings to support their families. I believe a sacrifice like that is admirable.

But for Filipinos who are just sick of a country that doesn’t seem to change? Cutting off this country means displacing yourself from your past, the identity you’ve had since birth. Going abroad to remove this country from your mind seems too escapist. There’s a quote from the book that struck me.

“Your mother gets sick, you don’t leave her for a healthier mother. She’s your mother!”

This is our country. If we’re dissatisfied with things here, leaving is not the answer. We still have things to do for the country, such as protecting our independence and free speech or helping call for better living conditions for ourselves and our families.

Of the nine stories in the collection, “A Contract Overseas” is my favorite. Let me end by sharing a quote from it that sums up what I believe love is. And I do love the Philippines.

“Love’s a miracle, not a disaster. Who said it would be easy, or convenient? But if you can’t sacrifice everything for love, what else is there?” – Rappler.com

Buy it on Fully Booked
Buy it on Shopee